Old Souls: The Scientific Evidence for Past Lives, by Tom Shroder

Home/Book Review/Old Souls: The Scientific Evidence for Past Lives, by Tom Shroder

(as included in the The Journal of Regression Therapy Volume ΧIII, No. 1, Fall 1999) 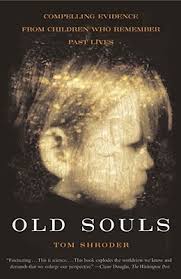 Old Souls is an interesting volume which details an investigative reporter’s first hand experience with the work of Ian Stevenson. I found it to be well written in a narrative style more like a novel or quality newspaper feature piece than the usual “kiss and tell” personal experience book or dry recital of facts and theories. The author paints very vivid word pictures of Lebanon and especially India and also develops his “characters” with good description and a marked sense of their inner motives and conflicts much more typical of quality fiction. In short, it is a very readable book.

The content, a review of Dr. Ian Stevenson’s work and methodology, is way overdue. Like most of us, I have been fascinated by the good doctor’s work for decades, in my case ever since he lectured to myself and a group of other medical students at the University of Virginia in 1974. Like many others though, I have to admit that I find his prose just about impenetrable. Of course, Stevenson is writing scientific papers and academic material for an academic audience so it is no surprise that his work reads like a college textbook. But it is hard enough to read a college textbook when you have to.

I certainly can’t fault Mr. Shroder’s research. He clearly read much of Dr. Stevenson’s work along with numerous other papers supporting or controverting it. Also, he accompanied the research team on trips to Lebanon and India, as well as observing and later conducting interviews in the United States. He saw all levels of cases from follow-ups many years later to initial interviews.

I found his approach quite refreshing. He dealt with everything he read and observed as a newspaperman much more interested in offering observations and facts rather than opinions. This certainly is an improvement over the usual shrill, polarized arguments between true believers and true non-believers. And, unusual for his profession these days, Mr. Shroder’s work is much more of an exposition than an expose.

This straightforward approach made the content of the book even more disturbing. While it was clear that the reporter did not have an agenda, I was left with a distinct impression that Dr. Stevenson and his research colleagues did. There are multiple instances reported with what appeared to be accurate description of events and carefully recorded quotes that left me with the overall impression that the Stevenson team was assigning much more priority to proving their hypothesis than they were to objective uncovering and analysis of the facts. There were many times where contradictory statements by one of the children or another witness were disregarded, usually on the basis that we can expect memory to be somewhat fallible, while facts supporting the reincarnation thesis were relentlessly dredged up and displayed. I was left with a distinct impression that the research approach was, “I’ve made up my mind; please don’t confuse me with the facts.”

Dr. Stevenson himself is even quoted as saying that researchers must have passion for the thesis they are trying to prove and people without passion produced poor quality research. I find this quite disturbing because the best research is done by people who let the facts fall where they may with the understanding that they will either prove their existing hypothesis or move onto an even more interesting new one.

Certainly, no one is accusing anyone on the Stevenson team of unethical conduct. Rather, this book suggests they may be a group of people who have become so dedicated to proving the existence of reincarnation that they have lost track of some basic principles of research. I don’t see individuals who are trying to con the public in this book; I see well-intentioned persons who have slipped somewhere along the way into a position where proving their thesis takes first priority.

In fairness, I should point out that these are my conclusions drawn from the fact based anecdotes in Mr. Shroder’s book. I interviewed Mr. Shroder via e-mail and asked him specifically about this. This with his reply: “Dr. Stevenson still maintains staunchly that ‘there is no proof in science, except in mathematics.’ I am quite sure he doesn’t ignore contrary evidence, though his long, solitary struggle to win respectability for this line of inquiry may have its cost, and it is certainly a reason to wish other scientists, unconnected with Stevenson and unburdened by his history, would emerge to examine these cases from a more detached point of view. I’m sure nothing would make Stevenson happier than that.” The Stevenson team weren’t the only ones being criticized. Dr. Brian Weiss received a thorough depth charging that would have done credit to the Royal Navy. Of course, Shroder is not the only person to express concern that the early conclusions Dr. Weiss published in his books regarding reincarnation went far beyond his available data.

I questioned Mr. Shroder about this. He says that Dr. Weiss has modified his position significantly. Mr. Shroder said:

“I talked to Brian long after I wrote the article, and he has now distanced himself from the idea that these regression cases are good evidence for the reality of reincarnation. He says now that his interest in them is that they are effective therapy, that they appear to alleviate symptoms with dramatic rapidity, and far more successfully than conventional therapy. Even in this, he acknowledges that he is going only on his clinical experience, and has done no controlled clinical trials to confirm his suspicions.”

I finished the book without having any clear idea of whether Mr. Shroder’s beliefs regarding reincarnation were changed. He made it clear at the outset that he was a skeptic. At the same time, it was also clear that he had a strong underlying need to believe in some sort of survival after death, perhaps to help him deal with the loss of his father. Yet, I came away from the book with the impression that he was a man who was intrigued by everything he saw, perhaps even to the point of having a sense of awe from being in the presence of a phenomenon connected to a reality much larger than himself or his limited perspective.

At the same time, I did not feel he found enough solid evidence to reach a final conclusion. When I asked him about this, Mr. Shroder did not give a definitive statement regarding his beliefs on reincarnation. He did say, though, that he was especially impressed by the sheer volume of Dr. Stevenson’s work. Like many others, he would like see more depth and more detailed follow-ups. Some suggestions he provided included trying to locate more cases nearby in the United States, and evaluation of the individuals involved by more sophisticated techniques including more detailed psychological testing and polygraph examination and making a more concerted effort to try to locate cases right at the very beginning so that records of the recollections could be made before there was a chance of contamination.

When asked about what he would consider an ideal case, Mr. Shroder suggested that it would be quite interesting to place someone with a background in cultural anthropology in an area like the Druse villages near Beirut. Placing such a person there for a period of several years would give them a chance to detect, record and analyze several cases from the very outset with frequent follow-ups.

To sum up, this is a well-written and thought provoking book for anyone in our field, and especially for those interested in research. I recommend it.