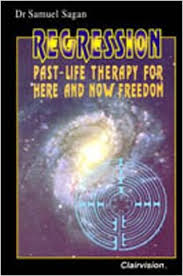 Dr. Samuel Sagan lived in France for 27 years before moving to Australia where he founded the Clairvision School in Sydney to train past-life therapists. Clairvision is described as a western school of spirituality and the past-life training there is based upon many of the theories of traditional Hindu thought concerning the nature of the human being.

This is not light reading, though it is also not an obtuse tome of impossible-to-comprehend philosophical concepts. It is not a how-to-do-it book, but rather a how-to-understand-it book. Like the Clairvision School, it is based largely on Hindu concepts and constructs which are drawn from ancient Hindu texts thousands of years old. Occasionally, he compares these concepts to those of the so-called modern era, such as the theories of Freud. In fact, if the reader allows him or herself to look beyond the use of Sanskrit words and focus instead upon the meanings of these terms and the concepts they encompass, then one often finds striking similarities between them and the concepts and goals of contemporary therapeutic schools. To be sure, there are also marked differences.

Central to the thesis of this book is Sagan’s postulate that blockages and hindrances encountered in this lifetime are commonly the result of samsaras, which he describes as “tracks left in the mind by previous traumatic experiences. Roughly speaking, samsaras are the ‘scars’ of the mind.” Thus the major portion of the book is devoted to exploring and explaining the nature of samsaras as “emotional imprints left inside your unconscious mind which in turn tend to influence your present emotional responses,” their effects on the human existence, and how the use of regression therapy to uncover the root causes of these samsaras is the key to conducting a successful therapy which leads to the freeing of the individual. Is that really so different from the contemporary concept of repressed trauma, especially when viewed from the perspective of a past-life therapist?

Sagan explores many concepts such as the differences between emotions and feelings, and describes the typical person as being so filled with countless samsaras superimposed upon countless samsaras that we react to situations and people like Pavlov’s response-conditioned dogs. He postulates that the only way to truly free ourselves is through the exploration of these samsaras via regression therapy. It is interesting that according to Sagan, this process is more difficult today than ever before, given the compounding effect of samsaras being superimposed upon other samsaras with each lifetime.

Sagan often refers to his concept of Inner Space Interactive Sourcing (ISIS) in his discussion of his techniques of regression therapy, but he does not really explain it. Whereas the effect of samsaras is conditioning, the aim of ISIS, according to him, is de-conditioning.

How, exactly, ISIS works is not really explained in the book. Presumably, one must attend one of his courses to learn its full workings, and this is perhaps one of the most disappointing aspects of this otherwise interesting book.

The book is both theoretical and yet pragmatic in many ways in its explanations and explorations. Sagan illustrates his theories and concepts with a goodly number of transcript excerpts from therapy sessions he has conducted. He also draws from a number of traditional Hindu anecdotes and stories to help make his points. These are quite helpful to the reader.

For the uninitiated, who has little or no understanding of the Hindu concepts of samsaras, regression, the levels of the human being (physical body, etheric body, astral body, and ego or higher self), and associated constructs, this is an interesting and excellent “guide book.” Periodically, Sagan also draws comparisons to “modern” psychotherapy as well as to the theosophical writings of Rudolf Steiner.

For the person who might be interested in tracing the root meanings of words and their associated concepts, Sagan looks at words and concepts as they appeared in their original languages: Sanskrit, Greek, and scholastic Latin, among others. In this area, he defines meanings and brings clarity to concepts while avoiding the distraction of being overly pedantic.

The book deserves a reading, and the concepts it champions are worthy of consideration, if for no other reason than to help today’s past-life therapist better understand that much of what we hold to be “contemporary” in actuality shares many commonalties with a school of concepts and theories which were written down thousands of years ago.