History of the Journal

History of the International Journal of Regression Therapy (JRT)

The concept of using past-life regression for physical, psychological and spiritual healing contained many threads of insight from many schools of thought from across the globe. In the United States, during the ‘60s and ‘70s a counterculture emerged which contrasted with the stark materialism evident at that time in the Western culture, science and in psychology, as a part of behaviorism.

Aspects of that counterculture movement included a revival and interest in the wisdom traditions including those of India. A parallel development in physics slowly took hold, the popularization of quantum mechanics. The principles of quantum mechanics led to the startling conclusion that, at a minimum, we live in a “participatory universe,” we are co-creators, of our reality, and consciousness/mind collapses the quantum wave of all possibilities at each moment. Particle physicists revealed that at its base all is energy, in Einstein’s words “ . . .the field is the only reality.”

The ‘60s ushered in psychedelic experiences that for many, opened up vistas to normally unseen realities and further eroded the underpinnings of materialism. Meanwhile, in theories of health and disease, the focus on healing became not an external agent but the self. This new focus ushered in new thinking expressed in several publications, such as, Shealy and Myss’s Creation of Health (Shealy & Myss,1988), Deepak Chopra’s, Quantum Healing (Chopra,1989), and, finally for the regression field, Dethlefsen and Dahlke’s, powerful, The Healing Power of Illness (Dethlefsen & Dahlke, 1983). All of this represented a large paradigm shift in Western thinking, which is on-going today and, in fact, accelerating.[1] 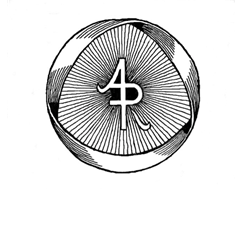 Association for Research and Past Life Therapies

However, the regression therapy movement began in earnest as organizers conducted the first conference in May of 1980 at the University of California at Irvine with the stipulation by the university that only those professionally credentialed could be presenters. At the conference, a committee was formed to create a past-life therapy association. Its purpose was, “. . .the organization should be a clearing house  for information, set standards and determine ethics, help to articulate the concept of past lives to the professional community, publish a journal, and be involved in a training program. It was also to serve as a support group for its members and as a referral source for the public.” (Lucas, 1993, p 15). In October 1981, a formal organization was founded with the title of The Association for Past-Life Research and Therapies (APRT). The movement correlated with the emergence of a new school of psychology, transpersonal psychology. The new organization was composed of credentialed professionals from traditional fields, non-credentialed hypnotherapists who adapted easily to this new form of regression therapy, and a group of psychics who, “did readings rather than practice therapy.” (Lucas, 19

The association published its first newsletter, which was soon followed by the first and only journal for regression therapy, The Journal of Regression Therapy, in 1986. The APRT board’s guidance was “. . . to include reactions from members, new research, innovative treatment techniques, and personal experiences, as well as articles and book reviews.” (Lucas, 1993, p.17).

The association grew rapidly and the passion of the membership produced semi-annual conferences and semi-annual editions of the Journal in the early years. In 1999, the APRT assumed a new name, the International Association of Research and Regression Therapies (IARRT) to reflect a growing international character of this movement.

For various reasons, from its height in membership near the turn of the century, membership steadily declined until on January 2014 IARRT dissolved.

APRT began publishing the first Journal of Regression Therapy in the Spring of 1986. The current 2014 issue will make it 28 years of publishing topics of interest to regression professionals and related disciplines. To date, the Journal includes 25 issues containing over 330 articles spanning every facet of the regression discipline. In spite of the demise of IARRT, there are a great number of professionals who want to see this important legacy of APRT/IARRT continued. Meanwhile, other fast-growing regression organizations overseas also expressed interest in creating/continuing some type of regression journal.

The International Journal of Regression Therapy

The opportunity was seized to make the Journal a truly international journal and vehicle for new ideas, new research and a forum that enhances and furthers the best goals of the regression community. To that end, collaboration occurred between the existing editor of the Journal, Rich Stammler, the president of the Earth Association for Regression Therapy (EARTh), Athanasios Komianos, and the past president, Hans ten Dam, to make the Journal truly international. Based on the World Regression Congress (WCRT4) in 2011 (in Turkey), and the most recent World Regression Congress (WCRT5) in 2014 (in Portugal), the mix of different cultural perspectives and less tether to a traditional worldview, brings some very interesting new ideas into the mix. It appears there is a great deal more academic research happening overseas. It looks very promising for the prospect of a truly global journal in the near future.

During the WCRT5, the new Journal was formally born with the title, The International Journal of Regression Therapy. The title is largely the same and reflects the legacy of the original, but highlights the increased emphasis on the global nature of its contributors and subscribers. The logo is the mythical Phoenix to show the rebirth of the Journal superimposed on a globe to also mirror its international character. The consulting editorial board has expanded to include a group for the non-English speaking contributors and readers. The goals of the Journal are the following:

The mission of the Journal is to further the professional and academic development of regression therapy around the world.

The structure of the Journal has been updated to the following:

The goal of the new Journal Policy Board is to publish the next issue in March of 2015.

[1] For an excellent history of the regression therapy movement (and from which much of this material is derived) see W. B. Lucas, (1993).