Peter Gadjev graduated with a Master’s degree in History from the University of Belgrade in 1991. In 2008 he graduated with a Master’s degree in Informatics from the University of Veliko Tarnovo. Since 1999 he has been training in various personal development practices and leading meditation techniques from the OSHO World. From 2000 to 2002 he studied at the Universal Energy School and
graduated from the 5th level. In 2011 he completed the second level of Reiki Usui. In 2019 he graduated from the Institute of Regressive and Reincarnation Therapy, Sofia city in the class of Silvia Petkova. He is currently assisting those interested in personal development by practicing the method of Regression Therapy. He also leads the development of software projects in Groupama Bulgaria. 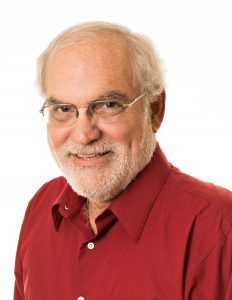 Joseph Mancini, Jr.  Ph.D., CCHt., PLt., LBLt., M.S.O.D., M.S.W. – is a Certified, Clinical Hypnotherapist in private practice in Frederick, MD. Though he offers hypnotherapy in various modalities for anxiety, depression, weight loss, and smoking cessation, and Accelerated Healing and Pain Reduction, he specializes in Spiritual Hypnotherapy, which includes, among other modalities, Past-Life Regression, Life-Between-Lives Hypnotherapy, Couple’s Past-Life Regression, Future and Future-Life Progression, Accessing Parallel Lives and Counterpart Selves, Hypnotic Dreamwork, and Hypnotic Inner Child Work. He has been a university professor of American Literature, a Clinical Social Worker, and an Executive Coach and Organization Development specialist. In early 2017 he published The Present Power of Past Lives: The Experts Speak, a book based on interviews he did with experts in the field of consciousness studies with a focus on past lives; these interviews took place in 2013 on the 7th Wave Channel of VoiceAmerica, a global radio network. In late 2017, Dr. Mancini published Ending the Endless Conflict: Healing Narratives from Past-Life Regressions to the Civil War, a powerful examination of the polarized and stereotyped thinking that prevailed during the Civil War and continues today.

Bel Rogers – is a Hypnotherapist, Regression Therapist, Between Lives Spiritual Regression Therapist, Master Practitioner in Neuro-Linguistic Programming, a Transformational Breakthrough Coach and Reiki healer. She is the Trainer and Supervisor for the Past Life Regression Academy in Italy, teaching students from all over the world to become regression therapists. She has been researching Regression Therapy by Proxy since 2011 and is collecting material for a book on the subject. She is based by Lake Maggiore in Northern Italy and sees clients and runs healing retreats there. For more information, visit: www.positiveperceptionsltd.com

Marit Fischer – is a Past Life and Spiritual Regression Therapist, Between-Lives Spiritual Regression Therapist, energy healer, and a Usui Reiki Master–Teacher. She is a supervisor of students training to become therapists through the Past Life Regression Academy, and is the Communications Director of the Spiritual Regression Therapy Association—an International network of regression therapists who work cooperatively to share ideas and information to better serve clients, to conduct research in support of field advancement and further comprehension of human consciousness, and to promote regression therapy for widespread understanding and acceptance. Fischer is also a professional member of the Earth Association of Regression Therapy. She is based in Spokane, Washington, where she welcomes clients from all over the world. For more information, visit her at maritfischer.com, on Facebook @MaritFischerSpiritualRegression, and on Twitter @Marit_Fischer and @SRTAssoc.

Bibiana Bistrich, MD, – was born in Argentina in 1978. She graduated from medical school (2003) and completed her residency in internal medicine (2008), working as a teacher at the Universidad of Buenos Aires and Universidad Abierta Latinoamericana (2000-2003). Bibiana completed the course for Fundamental Critical Care Support Provider (2009, Society of Critical Care Medicine, USA,CA). She achieved a post graduate degree in Emergency Medicine (2013, Universidad de Morón and Sociedad Argentina de Emergentología). Bibiana published several medical research papers for public and private institutions and actively participated in medical research works. She completed the training on acupuncture (2010) at the Asociación Argentina de Acupuntura; she also authored articles on acupuncture and its effectiveness in the treatment of certain diseases. That first approach to alternative ways of healing patients from a broader perspective led her to explore past life therapy techniques. In 2014, Bibiana completed the course as past life regression therapist with Mr. Cabouli, MD. In 2016 she founded “Espacio Consciencia” in Buenos Aires, Argentina, a facility devoted to integrative medicine practices, emphasizing the exploration of the unconscious and trying to raise awareness on what and who we are, through different events (seminars, workshops, courses) held at the facility. [email protected]

Heike Bettendorf – is living and working on Fuerteventura, Canary Islands, Spain. She is regression therapist since 2012, trained by Hans TenDam and Marion Boon of Tasso International. She is a member of EARTh and is an EARTh-recognized trainer. www.heikebettendorf.com

Joanna Foote Adler, PsyD, – is a licensed Clinical Psychologist, Depth Hypnosis Practitioner, Research Director, and instructor at the Foundation of the Sacred Stream in Berkeley CA. Joanna has 25 years of training in Buddhist Psychology and advanced meditation techniques and was the Principle Investigator for a two-year quantitative research study on the integrative spiritual counseling model of Depth Hypnosis. Her doctoral training emphasized family and transpersonal psychology. Joanna specializes in developing her clients’ own unique strengths, allowing them to feel more grounded, effective, and whole. She leads symposia nationally and internationally on Depth Hypnosis, Conscious Leadership, Conscious Parenting, Earth Based Wisdom, Energy Medicine, and the Coming To Peace Conflict Resolution Method.  Joanna’s executive coaching and private practice are based in San Rafael, CA, where she is raising two children with her partner of 25 years.

David Graham – has been a regression therapist since 2008 and a passionate advocate of the discipline since then. He is ever engaged in expanding his professional knowledge by learning new techniques and regression approaches. His goal is to help grow the public awareness of regression therapy and support the development of the discipline. He has been intimately engaged with the various projects of EARTh and, since June of 2015, assumed the position of president of that organization. He stepped down in 2018.