Vitor Rodrigues, Ph.D. – (1965) has a Ph.D. in psychology from the University of Lisbon, and is a psychotherapist since 1985, using a.o. regression therapy, hypnosis and relaxation, breathing, meditation, and guided visualization. For fourteen years, he taught educational psychology at the Faculty of Psychology and Educational Sciences of the University of Lisbon. He also lectured at the nursing school in Évora and on developmental psychology at the University of the Algarve. Since 2000, he is the coordinator of the European Committee for Certification and Accreditation of EUROTAS. From 2002 until 2008 he was president of the Luso-Brazilian Transpersonal Association and from 2005 until 2009 president of the European Transpersonal Association. He is the author of ten books and various scientific articles. He leads workshops and teaches courses in Portugal and other countries on the psychology of consciousness, such as regression therapy, meditation and relaxation, parapsychology, psychic protection, and the management of stress and emotions. 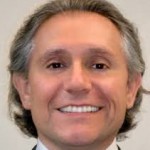 Serge Szmukler-Moncler, D.D.S, Ph.D., graduated as a Doctor of Dental Surgery and received a Ph.D. in Material Sciences. He specializes in Dental Implantology and is a significant contributor to the international literature in this field of expertise. He contributed to two significant paradigm shifts in that field. In 2002 he was trained in regression therapy and in 2010 he received a degree in Medical Hypnosis from the University of Paris. His focus of interest is to confront science and regression therapy from the point of view of the philosophy of science while addressing the theoretical and practical levels with implications on the medical and psychological dimensions.

Viviana Zenteno, M.D. – Dr. Viviana Zenteno received her medical degree fromthe University of Concepción, Chile, in 1979. Later, she specialized in Internal Medicine and Rheumatology. After 15 years of hospital work and faculty teaching, she began a personal search. This process led her to train in Past Life Therapy. In 1998 she received a degree in Classical, Ericksonian and Familiar Hypnosis from the Instituto de Psiquiatría y Psicología de Santiago de Chile. During 1999 and 2000 she completed her specialization in Buenos Aires, Argentina, as a Regression Therapist through Dr. José Luis Cabouli’s School of PLT. In 2005 she founded the Chilean School of PLT, where she gives professional training. In 2014 she and a group of her graduates formed the Chilean Association of Past Life Therapists (ACHTEVIP). She is its current President. She has published two books and a Handbook for Professional Training Courses.

Alan Sanderson, M.D. – Despite his background in conventional psychiatry, Alan believes that the current psychiatric approach is seriously flawed because of its neglect of the Unconscious and its refusal to acknowledge the spiritual dimension. He came to this view, not through religious conviction or spiritual awareness, but by following the lead of non-medical colleagues who have
developed the clinical technique of spirit release therapy. He has been using spirit release, since 1992, first as a consultant psychiatrist in the NHS, more recently in private practice. Alan is committed to promoting the practice of spiritual therapies among medical colleagues. 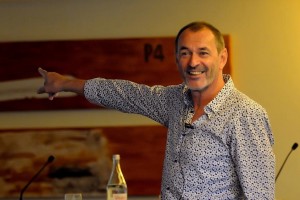 Marc Van Hecke, D.O., BSc, was born 1954 in Zele, Belgium. Diplomas were received in physical therapy, 1976; in Osteopathy at the International Academy of Osteopathy (IAO), Ghent, Belgium, 1995; and in Regression and Past-life Therapy, at Tasso, Netherlands, 2011. He taught osteopathy at the IAO from 1995 to 2010. As an International lecturer on osteopathy, he gave several
workshops in Belgium and abroad about osteopathy and regression therapy when working with babies and young children. He also lectured at the Earth Association for Regression Therapy (EARTh) convention in Kleve, Germany in 2012, gave a demonstration at the EARTh convention in Tallin, Estonia, 2013, and spoke at the World Congress for Regression Therapy 5 in Porto, Portugal, 2014. [email protected]

Nancy L. Eubel*, MBA, MHt, QHHT, Rt, was a corporate controller and Certified Management Accountant (CMA) with an MBA in accounting prior to becoming an Executive Director for Edgar Cayce’s Association for Research and Enlightenment, Inc. (A.R.E.) in Virginia Beach, Virginia, U.S.A. She taught the Dreams and Meditation Class for the Cayce/Reilly School of Massotherapy while there, and was a hypnotherapist at the A.R.E. Health Spa. She was also recently on the board of IARRT. Nancy now has a private practice working as a past-life regressionist, master clinical hypnotherapist, Quantum Healing Hypnosis therapist, crystal healer, and shamanic practitioner. She has been a speaker at A.R.E. programs across the country, and led an A.R.E. tour group to Tibet. Currently she mentors several of A.R.E.’s online personal enrichment experiences, called eGroups. She is the author of Mindwalking: Rewriting Your Past to Create Your Future about the transformative potential of past-life regression.

Joanne DiMaggio*, has been professionally pursuing past-life research and therapy for over 25 years. She is a graduate of the Eastern Institute of Hypnotherapy and was a long-time member of the International Association for Regression Research and Therapies, Inc. She currently holds a membership in the National Association of Transpersonal Hypnotherapists and the International Association for Near Death Studies.  Joanne completed additional training in hypnosis at the College of DuPage in Glen Ellyn, IL and studied under Dr. Irene Hickman, a pioneer in the field of non-directive hypnotherapy. The years she spent as the head of her own past life research center enabled her to interact with some of the leading past life therapists, authors and other renowned practitioners from across the country.

Barbara Pomar*. For almost forty years, Dr. Barbara Pomar has regressed thousands of people, individually and in groups. A student of the mind-body connection since high school, she has continued to explore alternate explanations of reality. She has a BS in business and finance from Salisbury College, an MA in psychology from Salisbury University, and a Ph.D. in clinical hypnotherapy from Atlantic Pacific University.  Her book Confessions of a Regressionist: Is There Life or Time Other than the Present is available on her website www.barbarapomar.com. She has been a guest on many talk radio programs, such as George Norrey’s Coast to Coast AM. Currently, Dr. Pomar, her husband Craig Salsbury, and their cairn terrier, George reside in Fairbanks, Alaska.

Don Carlson (written by Marie Carlson) was a new age teacher who utilized old and new truths to assist people to seek and find their potential by discovering the hidden resources of their inner being.  Don was a life member of IARRT.  He studied with Dr. William Baldwin, Dr. Edith Fiore, Joan Kellogg, Hazel Denning, Winafred Lucas, Dr. Helen Bonny, Stephen Gallegos, Jean Huston and various teachers of hypnosis, I Ching, hands on healing and Numerology. Don synthesized his studies to begin what he considered his most important work, that of releasing the souls of persons who had died and had somehow become earthbound or attached to living humans. He and his partner Martha worked faithfully every week to release these troubled spirits.  Together they continued this work for nearly twenty years up until one week before Don’s death May 1, 2013.