Children Who Remember Previous Lives: A Question of Reincarnation by Ian Stevenson, M.D. 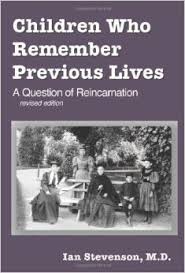 Readers of The Journal of Regression Therapy should consider Dr. Ian Stevenson’s book, Children Who Remember Previous Lives, from two perspectives. First, the book is a thoroughly professional, even-handed treatment of its subject, and the information it contains will be helpful to anyone seeking personal and professional support in the way of careful research evidence on behalf of reincarnation in general and on behalf of the reality of the previous lives of certain currently living people in particular. Second, and problematic for Journal readers, the book takes a decidedly negative tone with regard to the use of hypnosis in order to bring to light authentic past-life memories. I will briefly deal with each of these two perspectives in turn.

We are slowly building a body of conceptual coherence and empirical evidence on behalf of an ever more widespread acceptance of reincarnation and the fact that at least some currently living people are able to retrieve memories of their own previous lifetimes. Dr. Stevenson’s newest book is a rich and welcomed addition to this body of work, with its strong emphases on rigorous research methodology, precision of thought, and careful use of terminology.

The research represented in this book provides evidence that appears to make a convincing case for a traceable continuity between what Dr. Stevenson calls a previous personality and the personality of a currently living individual. “I use the phrase previous Personality,” he writes, “to designate some aspects of the deceased person of whom the child having memories of a previous life is presumed to be the reincarnation.” He then goes on to state “The cases I have investigated suggest that something of the person may have persisted after his death and later become associated with a new physical body.”

The book is full of fine examples of how Stevenson tries to bring analytical clarity and depth to his treatment of reincarnation. For example, he doesn’t just deal with past-life memories in general, but makes the further distinction among what he calls “imaged memories,” “behavioral memories,” and “subliminal cognitive memories.” Imaged memories are “like the visual representations of ordinary memories that we all have of earlier events in this life;” behavioral memory “refers to habits and other types of more or less automatic behavior of a whole person,” such as a phobia; while subliminal cognitive memories are “information a person has but cannot remember learning.” He distinguishes between what he terms primary and secondary beliefs in reincarnation. Primary ones focus on “whether the personality (or soul or mind) of a person may, after the person’s death, become associated with a new physical body.” Secondary beliefs deal with different aspects of reincarnation and karma. For example, in some cultures there is belief in reincarnation but not in karma, while in other cultures there may be a value-laden attitude toward current-life behavior without any karmic carry-over from past lives.

Dr. Stevenson provides detailed descriptions of the nine types of evidence he finds for a past-to-current-life connection. Betraying a conservative streak (to which I will return shortly), Stevenson describes the first type, past-life readings, which “provide as good an example as we can find of beliefs sustained in the absence of evidence.” “Without their almost invariable commercial exploitation,” he continues, “past-life readings would evoke more laughter than sadness.” The other types of evidence include hypnotic regression (to which I shall also return shortly), deja vu, dreams and nightmares, illnesses and drugs, meditation, strong emotion, and miscellaneous waking experiences.

He then proceeds to describe twelve types of cases of children who remember previous lives, together with the characteristics indicative of these types. In most of these cases, he received his information from parents, family members, and neighbors, since he finds children tend to forget their past-life experiences as they grow older. He devotes a chapter to the various methods of research: interviews with multiple first-hand informants, recording and evaluation techniques, repeated interviews with the same informant, independent verification, and location of pertinent documents. His cases are drawn from Turkey, Italy, Thailand, Sri Lanka, India, Burma, Lebanon, England, Germany, Brazil, Greece, Syria, and the U.S.

He considers both “normal” and “paranormal” ways to account for his research data. Among the normal, he includes fraud, gross self-deception, unobserved transmission of information, paramnesia (distortions and inaccuracies in the informant’s memories), and cryptomnesia (extraordinary peripheral and subliminal information perception that is then stored in memory). Possible paranormal explanations include ESP (primarily telepathy), possession, and — when all other interpretations, both normal and paranormal, have failed — reincarnation itself, as traditionally defined.

Dr. Stevenson presents himself as a dualist, claiming that “what we know of brains cannot explain consciousness,” and that “minds are not brains but users of brains.” He also allows himself occasional unbridled flights of more-open speculation, which I especially appreciated. For example: “The phenomena of telepathy are…not an alternative to survival of death, but a virtual guarantee of it.” While concluding from his research that “reincarnation is a universal phenomenon,” he is left with the question: “What is it that reincarnates?” The whole personality? Only part of it? And why reincarnation? Lesson-learning? Soul growth? Karma? Not according to Stevenson: “In the cases I have investigated, I have found no evidence of the effects of moral conduct in one life on the external circumstances of another.” And he chooses “to end this book with an acknowledgement of our ignorance.”

I have been dealing thus far with Stevenson’s book from the perspective of what it may contribute to the growing body of evidence we have for reincarnation and for continuity between past and present lives. I would now like to conclude with my second perspective on this book: that of its special bearing on those of us who use hypnosis to recover past-life memories and who use hypnotherapy to help our subjects or clients work with such material. While Stevenson may write that “Although I am skeptical about the results of most experiments with hypnotic regression to ostensible previous lives, I do not reject them as worthless,” he nevertheless presents an overall impression that he believes that hypnotic regression does not provide much or any evidence of previous lives, and he appears to convey a strongly negative view toward the use of hypnosis either for gathering research evidence or for conducting therapy where past-life material is being accepted as such without proof. He writes:

I have conducted or initiated thirteen such experiments; in some I was the hypnotist myself, in others I arranged for another hypnotist to conduct the experiment. Not a single one of the experiments succeeded.

Promoters of hypnosis as a means of recovering memories of previous lives frequently cite improvements in the patients following the hypnotic sessions…However, this exemplifies a common fallacy of psychotherapists: The unwarranted belief that a patient’s improvement vindicates the theory favored and the technique used.

For those of us who have personally used hypnotic regression and hypnotherapy in retrieving and working with such past-life memories, and have done so in ways that have convinced us both of the truth of the continuity between past and present lifetimes and of the tremendous healing value such approaches offer, Ian Stevenson’s book will present a conflict. On the one hand, he is our colleague and ally by providing careful and convincing research evidence for past-lives and reincarnation, while, on the other hand, he is our critic and loyal opposition, if not our enemy, with regard to the use of hypnosis in past-life research and therapy. I would hope that Dr. Stevenson’s admittedly dualist thinking may eventually accommodate new kinds of knowledge and understandings based on an emerging more-mental-type of science and technology, such as hypnosis and other state-specific and altered-state consciousness research. Such is inevitably accompanying our species’ gradual evolution into an ever more non-physically based (dare I say psychospiritually monist?) experiential milieu.

Editor’s Note: For those readers who might not be familiar with the writings of Ian Stevenson, it is important to note that Stevenson has published numerous books and papers over the past 30 years detailing his extensive research into reincarnation and similar topics including xenoglossy, the apparent ability of someone to speak a foreign language which was previously unknown. Dr. Klimo refers to Stevenson as “…our critic and loyal opposition, if not our enemy…– which may be considered by some readers as a diplomatic understatement. While Stevenson is hardly a vigorous supporter of the use of hypnosis in PLT and research, he is an important researcher and we should be aware of his contributions. We feel that this review of Stevenson’s latest work is thoughtful and its inclusion in this publication well overdue.