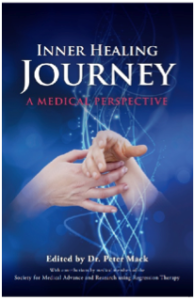 Find out how medical doctors from three continents have guided their patients with regression therapy to the source of their problem to clear deep-seated emotions that underlie medical conditions and relationship issues.

The book is full of the patient stories of what happened including what appear to be past lives. The physicians show the amazing transformation that can take place by working with the emerging information. It is written to be an absorbing read that brings new hope to the public, and to inspire medical professionals, available in English and soon in Portuguese.

Peter Mack, M.D., Ph.D. received his undergraduate medical education from the University of Singapore and undertook postgraduate specialization in the field of general surgery. He obtained his Fellowships from the Royal College of Surgeons of Edinburgh and the College of Physicians and Surgeons of Glasgow, UK. He practices in Singapore General Hospital and has several other academic qualifications. He has a Ph.D. in Medical Science from the University of Lund, Sweden, and three other Masters degrees, in Business Administration, Health Economics and Medical Education. Over the years, in his medical practice, he developed a special interest in Clinical Hypnotherapy and obtained certification from the National Guild of Hypnotists, International Medical and Dental Hypnotherapy Association and the International Association of Counselors and Therapists. He also holds a Diploma in Regression Therapy from the Past Life Regression Academy.