Love From Both Sides by Stephanie Riseley 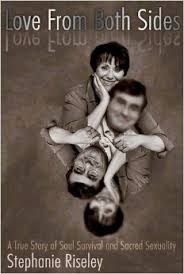 This book was an interesting and compelling journey of a woman who experienced deep and profound grief and loss, and who, as she went through that journey, experienced her own personal awakening. It is about after death communications, existence after death, the eternal aspects of love and of our true nature as Soul Beings, and the reality of being human with all our flaws and imperfections.

Something I tell my clients time and again, “We are human, we are meant to be flawed. It is our flaws that make us loveable. Without our flaws no one could stand to be in the same room with us!” Stephenie writes an excellent and … Read the rest

Angel Babies: Messages from Miscarried and Other Lost Babies by Patricia Seaver McGivern 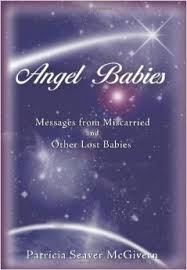 Angel Babies is a book that would never have been written if not for the efforts of a particular angel baby soul known as Dillon. It was through his determined efforts and pushing his mom, the author, that his story, and the stories of other angel baby souls, is told.

McGivern put it so eloquently in her book, “When signs of souls on the other side were close to me but too big for my mind to absorb or deal with, I questioned their authenticity. I pushed them away. Although I was being jolted awake, I’d been programmed not to believe. I realized that often the very phenomena I need to … Read the rest

Invisible Roots: How Healing Past Life Trauma Can Liberate Your Present by Barbara Stone 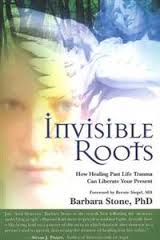 At 326 pages, Invisible Roots is loaded with tons of information on healing our lives both at the soul energy level and the physical. Throughout the book, Dr. Stone provides valuable and useful information on multiple healing levels and approaches. This book will appeal to both the lay person, who may be a beginner in learning of the real energetic nature of the human body, and the clinician looking for more ways to improve and complement their skill set.

This book is a delightful and interesting read starting with the stories of Dr. Bernie Siegel, whose foreword piece sets the stage for the rest of the book. His stories involve … Read the rest

The Big Book of the Soul: Our Many Lives as Holographic Aspects of the Source by Ian Lawton 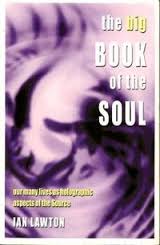 This is a book focused on reincarnation itself rather than past-life therapy. Let me say at the outset that it is an excellent history of reincarnation beliefs as they emerge from a wide assortment of channelers, meditators, past-life therapists, and past-life “subjects” (Lawton’s word); some going back centuries. It should be a required text in any training program for past life therapists. It contains an excellent bibliography and reference list, and a thorough index. It also contains the best analysis of the work of Ian Stevenson that I have ever read, as well as examinations of the work of other “pioneers,” as Lawton rightly calls our founders.

But of … Read the rest 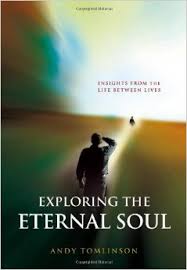 In this book Andy Tomlinson examines and discusses journeys into the interim state of existence for 15 clients to further explore our experiences when we are not incarnated in a physical body. Michael Newton’s previous work clearly set the ground stage for further study in Spiritual Regression, also known as Life Between Lives or as Andy calls it, interlife regression. In this book Andy builds on the shoulders of other authors and researchers in the field thus providing a stronger research foundation for the book case studies. Andy also brings his own style, his own insight and wisdom into this work and it is a very informative, intelligent, and highly readable … Read the rest 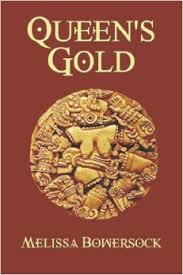 Melissa Bowersock, a certified hypnotherapist and Jungian past-life therapist for 13 years, has gifted all of us with a gripping novel driven by an unexpected past-life recall. Her widowed reluctant hero, ordinary skeptical guy Hal Thompson, submits to his daughter’s request that he experience a past-life recall. Convinced at first that he is just “making it all up,” Hal regresses to a lifetime that starts in Spain and moves on to Hispaniola and from there into Cortez’s army and finally the Aztec lands.

It is here that Hal first encounters the Queen’s Gold with its history of murder and treachery – and its hiding place. Later, when his family … Read the rest 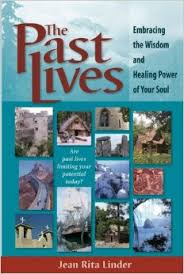 “The Past Lives” by Jean Rita Linder is a pleasant surprise. The surprise for me was the author’s ability to draw the reader deeper into the message regarding past-life recall. Having conducted past-life regressions with hundreds of clients for over twelve years and attending numerous past-life regression workshops and talking with colleagues, I thought I would be bored after the second paragraph. However, since I had committed to writing this review, I knew I needed to read the book. After reading the second paragraph, it was obvious that Jean Linder had something to offer everyone, including an experienced past-life regression practitioner.

Linder reveals in great detail the miracle of … Read the rest

Healing Research Vol. II: How Can I Heal What Hurts? by Daniel J. Benor, M.D. 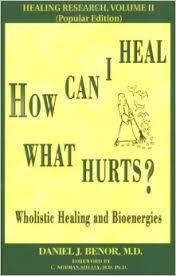 Dr. Benor offers a four volume series on Healing Research. While this particular volume is not focused on regression research or therapies the focus is on our energetic nature and the many varied approaches to self healing. As such the material contained in this volume is related to our work as energy therapists of sorts.

This volume is loaded with lots of research information supporting the theory and belief of the subtle energies of our bodies and the many varied therapies available today to facilitate healing. Dr. Benor casts a wide net covering healing practices from Cognitive Behavioral Therapy to Astrology and Dowsing.

He discusses the influence environmental energies exert on … Read the rest

The Wisdom of the Soul by Ian Lawton

This is the second book written by the author; his previous work was reviewed in the last issue of the Journal. This new work is a collaborative one in which he was assisted by the very able Andy Tomlinson, whose book Healing the Eternal Soul is also reviewed in this issue.

Ian’s background in research is paired with Andy’s skill as a trained and very experienced Past Life and In Between Life Therapist. Together they submitted questions to a carefully picked group of subjects who, as Ian states: “would be chosen by Andy, and would not claim to have any special gifts or access to special channels of higher wisdom—they … Read the rest

Healing the Eternal Soul: Insights From Past Life and Spiritual Regression by Andy Tomlinson 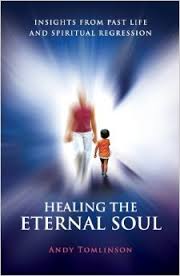 Whether you are teaching others the skill of PLRT or want to expand your skill base and knowledge in your own practice, this new book by Andy Tomlinson is a great teaching and learning tool.

Andy does a great job of covering the whole spectrum of soul healing through both past life regression and in-between life regression. Unlike some books on the subject that restrict their approach to healing only the energetic or spiritual bodies, Andy also addresses the physical body and its role in releasing and healing both current and past lifetime physical trauma.

He builds a case of validity of these healing techniques through a step by step approach. … Read the rest