APRT is, indeed, fortunate to count among its members a growing number of colleagues in other countries who bring new understanding and perspectives to our work. We welcome their contributions. Dr. de Jong presents the reader with an exciting theory based on her work with agoraphobia.

As a psychotherapist with many phobic clients, I have found regression therapy to be an effective method for overcoming a specific fear. Agoraphobia, however, puts special demands on the therapist.

In regression therapy I try to find the “roaring lion” stimulus situation that elicits the out-of-control response of the phobic client. Thus, after attenuating the affect by flooding, implosive therapy, and, in some cases, cognitive restructuring (see glossary), I reinstate a correct stimulus control. The reincarnation concept offers an almost unlimited variety of roaring-lion situations, matching the out-of-control fears of clients.

Given a specific phobia, it is not difficult to imagine a concrete roaring-lion situation within the reincarnation concept. It does not tax the imagination to associate a fear of heights with losing one’s life by falling into a ravine.

With the agoraphobic it is different. To say that something terrible must have occurred in the marketplace would be too simplistic. Agoraphobia usually takes a number of years to develop. The pattern of symptoms and fears is complex and differs with each client, though there are similarities, too. Florence van Zuuren (1982) states that agoraphobics feel troubled in anonymous situations–situations where there is a lack of support. There are also similarities in some of the underlying fears: fears of losing control, fears of being alone and feelings of disorientation. Describing this last, clients often say it’s “as if everything is suddenly different,” “as if I don’t belong anymore,” “as if I’m standing next to myself,” or “as if I’m estranged from everything and everyone around me.”

Because of the number of years it often takes for agoraphobia to develop, and the complexity of its symptoms and fears, the treatment is no simple matter. Cora B., a 38 year-old housewife, had been in therapy with me for a few months and was doing well. She had been working hard to overcome her fears, but the feeling of disorientation persisted. During a hypnosis session, I tried to get at the cause of this feeling through the use of an affect bridge (see glossary). I was somewhat at a loss when Cora told me she was floating over a plain and that it was not a pleasant feeling. Apparently she was not able to move on.

Was it, I wondered, a post-death experience? If so, it should not be unpleasant. Until now, my experience with past-life regressions had been that as soon as one was out of the body, unpleasantness was over; most clients report turning immediately toward a warm, receptive light. I asked Cora, “Can’t you go to the warm light?”

The result was surprising. She promptly became quiet, feeling warm and happy in the light. With a little further treatment, she was able to handle the sensation of disorientation very well. After this case, I discovered that several clients with symptoms like Cora’s also found the post-death situation unpleasant. One client wandered around for three sessions, insecure, not knowing where to go, just drifting through woods and moors before finding the light. Others floated up mountains, through deserts or across the sea.

Characteristically, these clients seem to be restless at the beginning of the post-death experience; they absolutely do not know where they are going. They feel alone and do not eat. But once they have made peace with the situation, they usually find the light, which they describe variously as warm, yellow, or white. Sometimes they see relatives or outstretched hands waiting to collect the arriving soul, or they may join a group. In all cases there is a remarkable reduction of fear—the fear of being alone, of disorientation, of losing control.

In the case of Sabrina S., another agoraphobic, I started with the assumption that I would once again come upon the trauma of a lost or wandering soul. When she walked into my office in the summer of 1984, she looked healthy and well-groomed. She said she was 35 years old, was married, had no children, and worked as a marketing expert in a large firm. Sabrina described a difficult youth, torn between two divorced parents. Her father had kidnapped her several times, and at age 16 she was placed in a foster home. It was during this period, while trying to ingratiate herself with her foster parents, that her fears began to emerge. At 20 she got herself into a turbulent marriage, but that had since smoothed out, and she told me she now had a good relationship with her husband.

At the age of twenty-eight, she was frightened by something that happened on the street. On the way home she suddenly panicked. From that moment on, her fears kept increasing in all sorts of situations. When psychiatric help failed to produce the desired result, she discovered that alcohol diminished her fear, and she became an alcoholic. The addiction was successfully treated, and for the last two years she had been seeing a behavior therapist for her fears. “But,” she said, “it doesn’t seem to help. I have this sort of basic fear in me that never leaves me, and it seems it never will.” 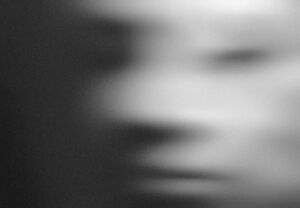 She wrote down a list of her fears: fears of waiting in stores, of meetings, public transportation, travel, being alone at home, losing control, and of large gatherings or anonymous situations where there was a lack of support. Added to these were feelings of disorientation and what she described as “a sort of death wish.” The basic underlying fears of the agoraphobic were all there. A few months earlier she had won a promotion which meant more meetings and traveling. Her fears increased to such an extent that she had stopped working five weeks before coming to my office.

During our first session I guessed that the roaring lion responsible for her basic fears would be found in a post-death situation in which she could not move on—the wandering-soul scenario. When I do regression therapy involving the reincarnation concept, I usually find it helpful to introduce a guide. In Sabrina’s case, I asked her guide to take her to the source of her basic fears, and indeed she was led into the environs of a town and a fortress where she wandered around, not knowing where to go, feeling totally alone and yet unable to leave. It took six 1 ½ -hour sessions to get the whole story.

At the start of the story, we find her in a triangular-shaped room furnished in heavy oak with wrought iron. She is waiting to be executed. The waiting takes a long time, and she is very impatient. If she has to die, she wants it to be over quickly. In fact, she wishes she were already dead. But despite this death wish she has a fear of dying.

Two men come for her. They take her through a yelling screaming crowd to the scaffold. “I despise them,” she tells me. “They are filthy. Besides the crowd at the scaffold, there are several other victims and a swarm of officials. I try to please the officials, although I know it doesn’t help. I try to look as proud as I can, but I think it’s dreadful that they cut off my hair. I hate it, that those filthy people see me like this.”

The executioner wears a black hood and uses an ax for the beheadings. Awaiting her turn in line, Sabrina is fearful that he might miss his aim. She asks him to be quick—and quick he is, much quicker than she anticipated. “But I’m still here. Ha! If only they knew that I’m still here! But I’m so alone, so lonely. I stay here…because I’m afraid of the unknown.” And as she looks at the crowd, she is filled with a desire for revenge. Presently she finds herself drifting around the town and from time to time roaming in a meadow full of yellow flowers. The sun overhead becomes a lion; it looks nice, as if it would be easy to caress. She approaches it, and it feels good, but she knows she cannot stay. So she begins her long journey, alone and fearful of the unknown. At times, however, her fear gives way to a strong curiosity as to where her journey will end. It takes her to a range of chalky mountains, where she sees a giant sun and a rainbow, and onto a lake. At the edge of the lake is a man who looks like Father Time. He points her in a new direction. Going that way, she passes through a duneland and encounters eerie statues, trees, sun worshippers (with whom she cannot communicate), a sea, and a series of ravines. Father Time points again, this time to a mountain path. Now she reports seeing a hole with a light in it, and I have the feeling I have to go in there.” She does.

I am in an absolute nothingness. It is light, but it might as well be dark…Now I come to a garden, I see two people in repose, very serene. I have the feeling I am disturbing them a little, because I still feel restless. I also have the feeling that I can stay here. It looks nice—grass and flowers are everywhere. If this were on earth, you would say the lawn could stand some mowing.

All the fears Sabrina had so neatly described seemed to relate to her experiences in that earlier incarnation. The first upsurge of her fears in her present life, at the time she was trying to please her foster parents, connects to her efforts to please the officials at the scaffold.

The therapy took six weeks to complete, and the results were, indeed, gratifying. After the first session she was able to drive to my office by herself. After the second, she started to work again, though still not attending meetings. Following the fourth session, she stayed home alone for the first time in 10 years—for three days and nights; even though she was awakened by some commotion in the street, she was able to control her fears and get back to sleep. Now, after six sessions, she attends meetings again and is planning a trip to Bordeaux, France. While there still is some work to be done, Sabrina’s basic anxieties, which she had suffered for 19 years, seem to be gone.

It is far too early to draw conclusions, but the concept of a wandering lost soul fits well into the reincarnation concept. It offers definite possibilities for finding the roaring-lion situations, and for dealing with the feeling of disorientation and with the “abstract” fears of loss of control and being alone. It provides the therapist with situations in which a correct stimulus control can be reestablished or the fear can be extinguished by such techniques as flooding and implosive therapy.

Flooding: a re-exposure of the individual to a fear-evoking stimuli for sufficiently long periods to allow the dissipation of anxiety.

Implosive Therapy: exposure to fear-evoking stimuli presented by the therapist, usually in a hierarchy, beginning with less anxiety-provoking items, with the purpose of eliciting intense anxiety to achieve extinction of avoidance responses and dissipation of anxiety.

Do you like this article ? You can visit the page of the Issue for more information. This article is on the Volume number: VI and it is published at: 01-12-1992 You can also visit the author profile for the bio.