A Case of Possession in a Past Life Resulting in Physical Problems – Hiroshi Motoyama (Is.4)

Home JRT Article A Case of Possession in a Past Life Resulting in Physical Problems – Hiroshi Motoyama (Is.4) 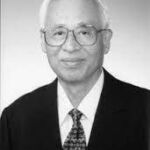 Dr. Motoyama relates the process of resolution of a severe intestinal condition in a man who in a previous lifetime had drawn the attachment of an angry feudal lord. Working through the karmic relationship and releasing the attached spirit restored the suffering man to health. Dr. Motoyama outlines the necessary steps in transcending such karma.

I will describe a case in which I was asked to intercede, which is a clear example of a serious ailment caused by a past karmic action or event. In November of 1982 I was telephoned in Tokyo by a Mrs. Y. who was at a hospital in Akashi City, 380 miles away. Mrs. Y’s husband had just undergone his sixth abdominal operation for twists and consequent blockage of his small intestine. He could not pass the contents of his intestines, and his abdomen was swollen like a pregnant woman’s. After the operation his condition was critical and he seemed to be dying. Mrs. Y was in great distress and asked me to help her husband.

I immediately changed my clothing and went to the Shinto shrine where I am the head priest. After five minutes or so of meditation I entered into a deep trance, and though I knew nothing about the Akashi area of Japan or Mr. Y’s history, I was able to see the past circumstances of the situation and examine his physical condition. The upper part of the small intestine running horizontal to the large intestine was twisted, causing blockage and great pain. I tried to send healing power to this part of his body but for a time I had difficulty penetrating there. After ten or fifteen minutes I succeeded in making the connection and correcting his condition in the astral dimension. 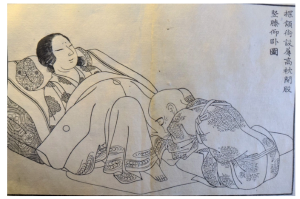 Then I saw a feudal lord who had been the head of the Akashi clan some 250 years before. I realized it was one of Mr. Y’s past lives; he had been the court physician to this lord. The lord had no children and when one of his wives became pregnant, Mr. Y (in his past life) had delivered a still-born baby; thus, there had been no heir to the lord’s clan. Because of the failure to produce a living heir, the lord’s clan was rejected by the Shogun and his reign collapsed. The lord and his followers had remained in great pain and suffering in the astral dimension for the past 250 years, and they blamed the court physician for their downfall. The lord was now possessing Mr. Y’s body and causing his abdominal condition.

I advised Mrs. Y to begin a 100 day regimen of prayer: first, for the feudal lord and his followers’ pain in the spiritual world and for the soul of the dead infant, and second, for the release of her husband from his condition. I directed Mr. and Mrs. Y to pray for the entities to accept their apologies and to ask them for forgiveness. On the third day of these prayers, the spirit of the feudal lord was able to understand that the still-birth of his child had been due to a deep karmic cause of his own. The lord forgave Mr. Y and ceased possessing his body. The prayers were continued for 200 days, after which Mr. and Mrs. Y and their son came to our Shrine to hold a ceremony for the souls of this lord, his child, and his followers.

At that time Mr. Y informed me that his family had indeed been court physicians for generations to the clan in Akashi. Mr. Y himself had wished to enter medical school, but due to the early death of his parents, was unable to carry out his plan.

Since this occurrence, Mr. Y has had no further abdominal problems and enjoys good health. This case is an instance of the effect of karma on current experience.

The necessary steps in transcending such karma, as I have come to understand them from study and experience, are three:

Conditions such as physical or mental illness, divorce or family pain, or even ambition (as with the feudal lord mentioned above) are karmic problems that will take place again and again until we resolve them. We must learn to detach ourselves from our lives, to do our best in this life without thought of our own welfare and without judgment.