Effectiveness of Past Life Therapy in the Treatment of Phobias – Bibiana Bistrich (Is.30)

Home JRT Article Effectiveness of Past Life Therapy in the Treatment of Phobias – Bibiana Bistrich (Is.30) 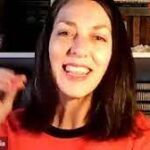 This paper outlines the effectiveness of a transpersonal therapy method in the treatment of phobic patients, focusing on the long-term results and the sustainability of the effect. This is a pilot prospective analytic study in which the authors have documented the substantial benefits of past life regression therapy in a small sample of phobia cases, setting a starting point for other studies in order to achieve a more accurate projection in regard to the effectiveness of this therapeutic approach.

According to our clinical experience, an increase of psychiatric pathologies in the general population was observed in the last few years. Higher stress levels created by the demands of life, changes in the environment and hygienic-dietary habits, among many others, might be the cause of such an increase. Phobias, defined as an anxiety disorder (American Psychiatry Association, 2013, p.189), are not the exception, and the authors have also experienced a growing number of patients who suffer from them.

Anxiety is defined as a natural emotion that encompasses the responses of human beings before any situation that might be perceived as threatening. (Merck & Co., 1999) These responses include restlessness, nervousness, tension and psychomotor agitation, associated with physical signs such as tachycardia, tachypnea, pupillary dilation, etc. This emotion, (anxiety) particularly in phobias, is intense, persistent and out of proportion. It can be related to external stimuli that might be physically present or not and may not deserve such an excessive reaction. For example, one of the patients who participated in our study suffered from a specific phobia of spiders. He experienced symptoms when a photograph of a spider was shown to him.

Based on our clinical observations, the usual treatments, either based on allopathic medication, the traditional psychoanalitic therapy or behavioral therapy, have shown scarce efficacy in relieving symptoms  nor cure of the disease. Bearing in mind this particular point, it seems necessary to find different therapeutic options.

Since the 60’s and even before, many eminent researchers from various science fields, as well as mental health and neurology providers, have been exploring options to address pathologies that have received, so far, palliative but not definitive treatments. (Grof, 2015, pp. 44-113) The increasing research on consciousness from different approaches: quantum physics, modern biology, epigenetics, holomovement theory, etc. have paved the way to non-traditional alternatives—away from the Newtonian-Cartesian paradigm—that may provide those long-expected solutions to these pathologies. Given the nature and extent of this article, the authors are not going to explore all these branches of science in detail; readers may find further information in a specialized bibliography. However, as they provide a theoretical frame to the possible intrinsic mechanism on past life therapy and the way it works, it is worth mentioning them.

Based on this new information, we believe that the controlled induction to expanded states of consciousness (altered or extended) may allow the modification of certain vibration patterns that might be the cause of some diseases. These controlled states of consciousness can be reached through different techniques: holotropic breathing, the rhythmic beating of a drum, and hypnosis, among many others.

Past life therapy is the approach chosen for this study aiming to answer these questions:

With the hope of encouraging other researchers to carry out new research on this topic in the future, our investigation will be described in this section.

First, the aim of this work is to evaluate the efficacy of past life therapy in the treatment of phobia. Second, based on the scientific method, we hope to set a framework for future investigations on this topic, encouraging an analytic approach founded on the factual data gathered in this work.

Between 2014 and 2018, twelve randomly selected uninsured or self-pay patients, referred from different psychiatry services located in the city of Buenos Aires, Argentina, were treated at the private offices of Espacio Consciencia, directed by Bibiana Bistrich, MD.

Patients suffering from psychiatric disorders other than phobias.

Patients younger than 18 or older than 65.

Patients unable to understand the instructions to properly attend the session.

Subjects suffered from the following types of phobia, diagnosed by psychiatrists based on the DSM 5 (2013) coding:

Total sample: 12 patients (n= 12: 11 women, 1 man). The predominance of women was consistent with the information from classic bibliography on the topic. Ages between 21 to 47 (p value: 38).

All patients were on Benzodiazepines as main treatment.

Five patients were on allophatic treatment associated with a behavioral therapy.

and other intermittent, minor, mild symptoms reported but not taken into account for the purpose of the present study.

An Informed Consent Form was signed by the participants, according to the model provided by the World Health Organization, taking into account the specific considerations for the past life therapy approach. Patients and their relatives or companions were informed in detail about the past life therapy sessions’ development, answering any questions or concerns that may have arisen. Each participant also signed an agreement to schedule follow up visits with the attending psychiatrist responsible for the treatment.

Prior to each session, patients were requested to fill out a validated form to assess symptoms, (Symptoms Assessment Form, see table 1). After filling out the form, the regression session took place.

All participants attended between two to three regression sessions

(p: 2.75), fifteen days apart (day 1, day 16, day 31). The main factor to determine the number of sessions was the persistence of primary symptoms.

Past life experiences, intrauterine life and birth were the key points addressed in all cases. In some of them, we also worked on early childhood experiences.

As a wrap-up for all past life sessions, the patients experienced the death of the body in that life. As an essential requirement for the treatment of the pathology in question, all patients worked on intrauterine life and birth. In those cases in which the experience of intrauterine life was not experienced spontaneously, the patient was cued using this prompt: “Now, you will go back to a moment inside the womb of your mother in this life as [the name of the patient is mentioned in this part of the sentence].” Intrauterine life experience was completed with the birth experience and the symbolic cut of the umbilical cord (Cabouli, 2012b, p.113). After each regression, a brief period of harmonization helped the patient return to consciousness and current time and space.

The duration of a session varied from 90 minutes (minimum) to 120 minutes (maximum). For all the patients involved, the frequency for follow-up and evaluation appointments after the first past life session was one week, six months, twelve months and a year until completing three yearly visits.

At each scheduled visit, the attending physician gathered detailed information from each patient about the symptoms registered at the beginning of the study and the variations reported by the patient. (Table 2). All patients completed the chart on Table 1 in order to obtain one more record of information so as to avoid any missing data.

The chart “A” (Table 2) was completed as a medical record to be used by the researcher and the attending psychiatrists to track the information. This form also contained detailed information about the symptoms and their intensities, according to the scale on the Symptoms Assessment Form (Table 1).

All data was entered into an Excel worksheet for further analysis.

A significant reduction of frequency and intensity both of the predominant and secondary symptoms was observed after six months from the beginning of treatment. The use of medication could be reduced by almost 30%.

After one year, the symptoms remained decreased; the intensity of other symptoms also decreased, making it possible to continue the reduction of the medication’s dose. Two patients were able to discontinue the medication. The results were sustained after three years, without any evidence of recurrence of symptoms.

Patients reported a subjective improvement in their quality of life, being able to deal with situations that had been unmanageable for them in the past. All patients commented on the wellbeing and symptomatic relief experienced both during and at the end of the treatment.

Eleven patients reported they would recommend the treatment to other patients. No adverse reactions were reported after the regression sessions.

We encourage other practitioners to incorporate past life therapy into the usual treatment for phobias. This research shows it may be considered a valid and effective therapeutic option for phobia treatment. It is a brief, focal, safe and effective therapy, showing quick and lasting results, sustained over time.

Despite these highly encouraging results, we need to point out the importance to continue researching in order to document more cases and obtain conclusive data, as we might be cautious to project these findings to the general population.

Table 2: Effectivness of past life therapy in the treatment of phobic patients. Bibiana Bistrich, MD, and colleagues.

Time of evolution of symptom(s):

Assessments (check against symptoms and modifications on base treatment, if any)

Fiore E. (1979). You have been here before, New York: Ballantine books

Do you like this article ? You can visit the page of the Issue for more information. This article is on the Volume number: XXVI and it is published at: 31-12-2018 You can also visit the author profile for the bio.