The Evolution of Subtle Energy Bodies? A Preliminary Inquiry – Robert T. James (Is.17)

Dr. James joins with others in stating that to arrive at an understanding of that part of our individuality that survives our physical death, we must begin with its evolution commencing at the time of the physical evolutionary origins of the human species. He speculates on ways of exploring those origins.

This inquiry is founded upon the actuality of three basic premises:

1) That we are indeed spiritual beings having a human experience;

2) That humans in our present form (Homo sapiens) evolved from lesser life forms; and

3) That some form of our individuality survives our physical death, has lived in the past, and will probably live again.

Following ancient practices described by Cunningham (1998), I will refer to this surviving entity as a subtle energy body, thereby avoiding using terms such as soul, spirit, vital essence, or the like, all of which carry many preconceived beliefs that I wish to avoid. The above three premises are, in my opinion, more matters of observable fact than belief, sustained by a large body of empirical evidence.

Even so, the statements and observations made above and in this article are not offered as the “Ultimate Truth,” but are, just as entitled, designed to constitute a preliminary inquiry into the subject. Hopefully this will motivate more inquiry and engage constructive criticism.

Religious philosophies such as Hinduism, Buddhism, Gnosticism, Theosophy and others that refer to the evolution of the subtle energy body that survives our physical death, generally do so in a Karmic sense; that is, that there exists a form of cosmic accountability and justice, allowing us to learn and profit from our many lifetimes as humans, and possibly to evolve to higher beings, or to suffer retribution. They characteristically do not deal with the subtle energy body before our species became human in our present form (Lewis, 1994).

I take no issue with this Karmic concept and it does give reasons for our continued rebirth in human form. However, I have seen no empirical evidence for it. It seems to be mainly based on faith.

In saying this, I am not in any way trying to ridicule or denigrate those who do accept spiritual matters on faith. I like to think that I have an open mind on all spiritual doctrines, but accepting faith as a criteria is just not what I do.

Current Christian thought would generally postulate that the subtle energy body was newly created by some divine source at the time of physical birth or conception. Other modern religions seem to have similar beliefs or at least, only deal with the evolution of the subtle energy body after it vests in the human body.

Many early philosophers gave thought to the evolution of the subtle energy body, but almost always in the sense of its progress through repeated lives as humans. The Greek theologian Origen (A.D. c.185 – c.254), as did many others of his time, taught the pre-existence of the Soul. Origen added to pre-existence the concept that the human soul “…is immaterial, and therefore had neither beginning of days, nor the end of life…” (Head & Cranston, 1997). He apparently did not consider the possible evolution of the human soul from lesser-life forms but, of course, this was long before Darwin.

The only direct reference before the modern era to the possible evolution of the subtle energy body in Darwinian terms with which I am familiar is that of a Unitarian Minister, James Freeman Clark, who in the late 1800s stated:

It is true that the Darwinian theory takes no notice of the evolution of the Soul, but only of the body. But it appears to me that a combination of the two views would remove many difficulties which still attach to the theory of natural selection and the survival of the fittest (Head, et al, 1977).

An indirect reference in the late 1800s to the evolutionary similarity of both physical bodies and subtle energy bodies was made by the poet Walt Whitman, who said “…there is a distinction between one’s mere personality and the deeper Self” and “by means of metempsychosis and karma we are all involved in a process of spiritual evolution that might be compared to natural evolution” (Head, et al, 1977).

In modern times, Freedman (1996) discusses the possible connection between evolution and the human soul and states “…there are excellent grounds to believe that evolution really happens, and we can place reincarnation snugly within it.”

Upon accepting that we are spiritual beings having a human experience, just the knowledge that our physical bodies have evolved over the ages from lesser-life forms seems incomplete. As a matter of simple logic, I would agree with Clark and Freedman and submit further, that to arrive at an understanding of the origins of our subtle energy bodies, we must also begin with their evolution commencing at the time of the physical evolutionary origins of the human species.

As an example, in hypnotic regression research that I conducted commencing in 1994, individually with 50 healthy adults (James, 1995), along with other matters the subjects were asked to return to the first time they had ever lived on Earth “in any form.” In so regressing, 30 subjects appeared to be Homo sapiens, 5 were apparently some form of hominid but not Homo sapiens, one was an alien from another planet, two were clearly animals, two were in spirit form, and one was in a form that I was unable to classify or describe. The subjects were not informed before the sessions that this particular matter would be investigated; only that pre-birth regressions would be attempted.

The Tart self-report scale of hypnotic depth (Tart, 1970) was used as an aid in determining trance depths (0 being awake, 10 deeply in trance). My concern with trance depth is based on my prior research indicating that the depth into the hypnotic state that a person achieved did have a significant effect on whether the person regressed to a past life (p < .001), and also had a significant effect on the amount of detail given in the regression (p < .004) (James, 1993).

Upon completion of this study, I was of the opinion that these results were unique. However, in talking with other researchers and therapists and reading their reports, I discovered that I was mistaken. Others with subjects in hypnotic regressions, usually during therapy sessions, have had subjects regress to animals, spirits and fairly frequently they have regressed to lives as aliens from other planets (Steiger, 1996). This occurred even though the therapists had not specifically asked their subjects to return to their first time on Earth. Only one of the subjects in my 1994 research regressed to being an alien the first time on Earth in any form, but 13 subjects did regress while in hypnosis to lives that they had lived on another planet at some time in the past.

An example of this is that of a 37 year-old married woman with 3 children, who regressed while in hypnosis to being a cat. “I’m a cat. A big cat. Kinda like a lion. No hair.” She was a male cat, and when I tried to establish other matters, she interrupted me with a more urgently-occurring event about a fight she anticipated having with another lion.

Later, after exploring her life as a lion:

RTJ:    Why are you dying in that lifetime?

RTJ:    Now without any pain. Go right on through that death experience. Without any fear or pain. Now you’ve just died in that lifetime. Can you see your body?

RTJ:    Where are you, that you can see this body?

RTJ:    Anybody up there with you?

This subject was in a deep state of hypnosis (Tart scale 8) and I was confident that I had by-passed her conscious mind and was interacting with her subconscious mind.

Similarly, the subject who regressed to being an alien from another planet the first time she was on Earth in any form, floated up out of her physical body after physical death, and she was eventually reborn in human form. My other subject who regressed to an animal life form did likewise. Those who regressed to lives on other planets described life forms and environments vastly different from our own, but on their deaths there, their subtle bodies floated up, they were above and able to view their physical remains, and they were eventually reborn in human form.

It is important to note that only a very few of my subjects knew each other both in this, my 1994 research, and also in my earlier research where I worked, individually, with over 100 subjects (James, 1993). In each case, in both research projects, the subjects who regressed back before birth rose up above their physical bodies after their physical deaths, and were able to consciously look down at their physical remains. They were all later reborn in human form. The similarity of these experiences among strangers at least eliminated the possibility that these incidents derive from some form of communication between the subjects. 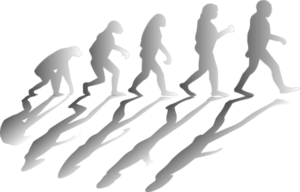 I notice that Fiore (1978) reported that her subjects had had the same experiences; i.e. floating up out of their bodies, with their consciousnesses continuing after their physical deaths. This continuous recurring phenomena among large number of subjects is significant, and is some evidence of its authenticity.

Obviously, these regressions to life forms other than human cannot be verified, and certainly standing alone, do not “prove” that our subtle energy bodies evolve along with our physical bodies.

Repeating the conclusion that I have previously stated (James, 1996), it is possible, in my opinion, that in a hypnotic past-life regression, even at a deep hypnotic level, subconscious material other than true past-life memories may masquerade as real events. But is it our main concern that all past-life memories are true? Is it not more important that any of them may be true including those where subjects regress to animal and alien life forms? The fact that there is a “hard core” of cases where hypnotically-remembered human past lives have been well verified does seem to lend credence to the legitimacy of all past-life regression phenomena, even regressions to lives other than human.

Today’s scientific methods realistically require that the proponents of a theory or proposition such as the evolution of subtle energy bodies assume the responsibility of demonstrating the truth of their assertions. This burden has been met in establishing that we are spiritual beings having a human experience, but has not yet been met in the evolution theories advocated in this article. This evolutionary concept obviously needs some innovative and creative thinking and research.

However, whatever the truth is concerning the origin of our human subtle energy bodies, we now at least know it is far more involved, (1) than just the traditional view still prominent in many current religions that each subtle energy body is created new at the time of each human birth, or (2) than some “scientific” concept that the matter and energy that comprise our physical bodies constitute the only reality of human existence.