This articles describes some personal experiences of the author. Luciane Lopes de Mello warns of some of the dangers for untrained people in using a self-hypnosis tape to access past lives.

I: Regression by Self-Hypnosis: A Warning

I have been practicing different kinds of meditation for years, and I have never had problems or experienced resistance with it. Meditation has always been helpful to me, and I have gotten good results with it. So I decided to try regression with a self-hypnosis tape, which I myself had recorded. There was one particular problem I wanted to examine by regressing to my past lives: a troublesome relationship with a man, whom I shall call “M.”

Using my self-recorded regression tape, I regressed to three past lives in which I was involved with M. In the first, I was apparently a member of the English aristocracy; I lived in a big and beautiful house, and M. lived in the house next door. He fell in love with me and would follow me when I walked in my garden. Much of that lifetime is unclear, but I died of heart disease, with M. at my bedside, holding my hand. As I died I felt a strong sharp pain in my heart; although I have never had a heart problem, this pain was real and continued for some time after I wakened from the tape.

In the second past life involved with M., we were gypsies. For some reason, there was a quarrel between M. and my family. This may have been because he was trying to steal me, but I am not sure. In the only other scene I accessed in that lifetime, M. and I were sitting around a fire; I was scared and quiet, he was nervous. Suddenly, a man arrived looking for me. M. jumped up and stood between me and the man, took out his knife and swore that nobody would take me. I do not know what happened next; that is all I could get from that lifetime.

The third lifetime involved with M. was set in Greece. I was a man in that life, as was M., and I was in love with a woman who was pregnant with M.’s baby. One afternoon I saw them fighting and M. took out his knife and was going to kill her; I rushed up and killed him, stabbing him with my knife. I married the woman, and became a good husband to her and a good father to M.’s child after he was born. I died an old man, by my own hand, feeling that I had lived long enough. During the regression I realized that M., the baby’s father, had reincarnated again in the baby.

After the third regression, I stopped using the tape because I found myself increasingly and deeply depressed, although exactly what in my past lives caused this I still do not know. As I said above, the heart pain continued for some time, and what with this and my depression I began to seek therapeutic help. Although I went to several therapists, none of them had much patience with my story, and I could not relate to any of them. One did tell me that the heart pain was apparently recorded in my memory with the original cause, and once wakened – “opened” – it would not disappear until the true cause (not in a past life, of course!) had been examined and released. He was not able to help me release it; he was not a past-life therapist and had little understanding of my experience.

I tried again with my tape to regress to those three lives, in hopes of closing what I had opened and left unhealed, but I merely fell asleep with my tape. I am now using simple meditation to heal myself, with some slow improvement. 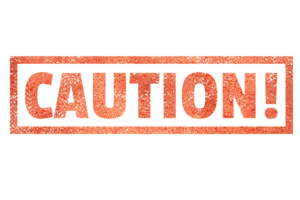 In thinking this experience over, I have formed some opinions and hypotheses. The most important is that untrained people should not try to access their past lives by themselves, as I did. Even if you can regress easily with a tape or by self-hypnosis, you will be alone in the direction of the experience, and it can happen that in a traumatic situation your defense mechanisms take control and prevent you from accessing other elements that you need in order to process the traumatic material you “open.” In my regressions, traumatic events were accessed but left hanging unfinished; opened but not closed. The exercise was uncompleted, and even worse: It opened inner patterns that were recorded in my “inner register” but were asleep; they are now awake. In this state, any symbol from the past life, a word, a picture, music, can activate the same emotion, precept, or behavior, stronger and more powerful than before. This may explain my depression as well as my heart pain. For example, when my fiancé had to make a trip to Europe, I became more depressed than I was before. I was desperate, and without a reason that I understood.

I’ve concluded that past lives are like tattoos that are marked in our psychic body, and to deal with them, it is not enough just to know that they are there or to become aware of the past-life causes. The regression experience can trigger a lot of problems because it can strip away our defense mechanisms, and this is dangerous if we have only ourselves to deal with the uncovered material. It can happen when a person uses a tape, as I did, or self-hypnosis, and we may access material that we ourselves have not the inner structure to handle and to heal. We need a guide who is trained and experienced, who knows how to remove the tattoos, heal the trauma, close the material that is opened.

Of course, we also have good and healthful memories in our psychic “tattoos,” but we need to be sure that we can work even with them, because accessing them can trigger some problems too, and anyway we are never sure ahead of time just what we will access in a regression. Properly handled, past-life therapy is a wonderful process of healing, and can introduce us to the good qualities we have as well as the sources of our troubles. As the year 2000 approaches, we live in a time of transformation, and past-life therapy contributes significantly to this transformative process. But it must be guided by capable, trained, professionals. Although there may be people who can do it successfully by themselves, from my own experience, I don’t recommend it.

Do you like this article ? You can visit the page of the Issue for more information. This article is on the Volume number: XI and it is published at: 01-12-1997 You can also visit the author profile for the bio.