Pardon My Research – Stanley Richardson (Is.9)

Research is the cornerstone of science. The rigors of professionalism demand objectivity and substantiation/validation. If PLT is to gain broad acceptance, then it must keep itself open to an ongoing process of objective and rigorous examination. It must be subjected to the cold, impartial scrutiny of research and controlled experimentation. Where no satisfactory method exists, new ones need to be developed. Results of research need to be carefully studied and discussed. With this in mind, Richardson has focused his attention on the validity of hypnosis as a tool for past-life research.

I am familiar with much of the more “popular” works such as The Search for Bridey Murphy (Bernstein 1956), and McGill and Mordes, (1988) book about their subject named Lee, but I felt I wanted to have my personal confirmation of past lives.

In reviewing much of the past work and in my personal experience contacting authors of articles and books in which phenomena have occurred such as xenoglossy (the speaking of a foreign language previously unknown to the subject), invariably either there was no tape transcript available to verify such reports or the subject was no longer available to do research.

Research must be unbiased and open. I endeavored at all times to fulfill this requirement. If there were bias, then it would be motivated by my personal needs and towards finding a result positive to past lives.

I fully realize that, in past-life therapy, the effectiveness of treatment is not based on the validation of past lives. The important issue is, of course, the resolving of the client’s problems. This philosophy has been recognized by prominent therapists such as Dr. Brian Weiss, whose creativity and sincerity have placed him in the forefront of past-life therapy. However, Dr. Weiss has both privately and publicly acknowledged the need for more formal research into the question of past lives.

In my quest towards this goal, I worked in cooperation with a close friend and colleague, Martin Segal, a long time professional hypnotist and a member of the “Hypnosis Hall of Fame.” Unfortunately, Marty died approximately a year and a half into our research program. I have been continuing with the program through the present time and intend to continue to investigate the various phenomena associated with past-life regression to a reasonable conclusion. My objective is to validate past lives through hypnosis by conducting sessions with various clients in as non-directive, non-suggestive manner as possible.

Another requirement of the research program is to have the client associated with it whenever possible. Written records were kept on all clients and audio tapes were also made in the majority of sessions. Notes were kept during each session on pertinent information, especially of subject matter which might be verifiable. This saved much time and work categorizing valuable information for subsequent review. 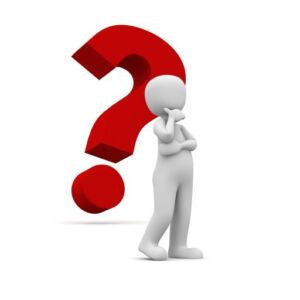 The object was to gather information which might be validated. We asked questions such as: Who is the leader of your country? What are the coins of the realm? What is your favorite meal? Describe the community. What is the name of the main street? Name of newspaper? What is the language of the country? Speak and write in that language. What is the name of the nearest town? Who is your religious leader? and so forth. I would then take whatever meaningful material accumulated and research it at the library or with an authority.

In approximately one hundred various regressions conducted, a most interesting pattern of behavior was found common to the majority of subjects. When asked questions of specifics that could be verified, an avoidance would take place. For example, in one past life, the subject was a young male pickpocket who lived in a residence with other pickpockets in ancient Palestine under the tutelage of a stern old man. When asked “What is your favorite food?” (I was seeking to establish validity of typical food in that area) the reply was, “We don’t ask for food, we take what’s given, otherwise we’re punished.” During the same regression when asked “What is the punishment if you’re caught?” the subject replied “They cut off your fingers.” Just as he finished responding, he suddenly blurted out “They’re cutting off my toes.” At this time, the subject was sitting at the table between Martin and myself. I was somewhat astonished at this outcry and out of curiosity, I looked under the table to find that Marty’s foot was accidentally stepping on the subject’s toe.

In another example, a girl regressed to a past life as a French woman. When I asked her to say something in her native French language, the reply was “I hate the French and I will never speak French again.” In many regressions, when the subject was asked “What is the name of the street you live on?” the response would be, “There is no name” or “We just called it Main Street.” It is my hypothesis that if someone is truly having a past-life experience and can describe in detail what they are wearing including the color of the socks (if they have any!), the names of brothers and sisters and children, the specific details of their personal lives from birth to death, then they should be able to give me a few words in their native tongue or some other specific verifiable information. I must admit, the spontaneous supplying of general information is so convincing that my inclination would be to accept it as evidence of past lives. However, the intriguing and common rationalizing manner that clients had in avoiding giving traceable or verifiable information was uncanny.

There was much information given that could be checked. However, to date little of this information was found to be accurate and in those situations, it was subsequently established that the client had previous knowledge of particular areas or were students of history of the time in question.

Despite these somewhat disconcerting findings, there are several intriguing reasons that keep me continuing with the research. For one, the mere fact that people will go into past lives either spontaneously or with suggestions is, in itself, provocative. Another reason is hoping to find that one subject who can definitely demonstrate xenoglossy or other indisputable past-life information. Also intriguing is the tantalizing manner in which many subjects have demonstrated certain distinct and uncanny behaviors and abilities.

For example, in subsequent sessions, almost every good subject, when requested to go back to a date discussed on a previous visit, was able to relate the same information they had given previously down to the last detail. Our procedure was to tell subjects at the end of a regression, when being brought back to present time and space, that if they wanted to stop at any particular time to discuss anything it would be all right to do so. One subject decided to do so and when asked where he was, replied “Philadelphia 1905” and gave a general description of the area that he was in. I asked the subject what he was wearing and the subject indicated “high button shoes.” It was getting late and, in the interest of time and knowing that I could investigate this matter further at a future visit, I simply had the subject continue emerging into the present. On the next visit, I repeated the date 1905 to the subject and asked “Where are you?” He replied “in Philadelphia.” I asked “What are you wearing, sir?” The subject replied testily “I am not a sir, I am a lady.” I had not made the association to the high button shoes on the previous visit, but it was certainly clear to me now.

In another similar example, having established a birth date of 1929 in a particular past life for a subject, we explored the life previous to the 1929 incarnation. I found in the previous life the client was 31 in the year 1909. I immediately saw a possibility of discrepancy, with one life extending into the other, and asked the subject to go to the time of his death when he was an old man. The subject informed me “I don’t live to be an old man. I had a bad cough and died in 1927 at the age of 49!”

Based on this and similar incidents, we must ask, has the mind the ability to do all these as a result of lightning fast calculation or was the subject simply telling it as it was?

A further stimulus for continuing the research is the consistency with which different subjects describe dying. The observation of themselves from above at the time of their death, the euphoric feeling associated with dying, the white light, the greetings of relatives and friends previously deceased, the manner of assignment to the next corporal life, and other such phenomena all interest me. Another uncanny trait common to many past lives is that the same people generally surround the subject in all his or her past lives. In one life, a person might be a father and in another life the same person might be a son and in another, a husband, friend, etc.

Yet another interesting observation is that those people who were the best subjects in past-life regression also were the best subjects in projecting into future lives and times. One experiment that I conducted a few times on those subjects was to project them into the following week and ask them to read the paper and give me the winning numbers of the lottery. Needless to say, I have not retired nor do I have to worry about paying taxes on any large sum of money.

In summary, I must conclude that the jury is still out. It has been like a contrived plan, suggestive of being almost conspiratorial in nature, a script written purposely to keep my curiosity in gear, an elusive “now you’ve got it, now you don’t!”

The author would welcome any information from readers who have worked with a subject or subjects who can demonstrate xenoglossy or any other verifiable and conclusive information indicating past-life experiences. I would appreciate hearing from you and I could make arrangements to visit with you and your subject and share time with you. Have notebook and tape and will travel.