Rabia Clark has already made many important contributions to our field and to our association. Now, in pursuit of her doctorate, she has undertaken an extensive study of past-life therapists which, when completed, will provide us with significant insight into contemporary PLT practices as well as the underlying theoretical assumptions of its practitioners. The first phase of that undertaking—the preparation, distribution, and collection of a data questionnaire—has now been completed. While the data is still being processed and evaluated, we have asked her to prepare for this issue a brief preliminary report of what has been accomplished to date. What now follows is her response to that request: in essence, a brief summary of her first impressions of some of the data collected. She presents us with a delightfully informal “tease” of the full report to come.

What is Past-Life Therapy as it is practiced today and what do most PL therapists do in their practice? I am in process of finding out the answers for my Ph.D. dissertation at Fielding Institute. I am grateful to APRT for co-sponsoring the study, and for furnishing their mailing list of members. I asked five APRT Board members to do a preliminary pilot study of my questionnaire, and amended it based on their comments. To help design the questionnaire and to process the statistics I sought help from various experts in the field, both at my school, and at the University of Texas.

I am going to put in some of my own musing about some of the questions; otherwise, it would just be a lot of dry numbers! Also, I am rounding off the data to the nearest whole number, and simplifying it whenever possible.

The type of research I am using is called descriptive research. It consists of gathering data on a subject, to make it more understandable. It does not have a hypothesis, as is the case with most research.

In other words, I am gathering a lot of data from past-life therapists about what they do in their practice, and treating it statistically (with a SAS computer program) to find out what most of the PL therapists in the study do. There was also an opportunity for essay answers to several questions. Some of those topics included what the therapists considered to be the major contributions of PLT and what changes they thought should happen in the practice of PLT. These will be reported in the Journal in another article.

I sent the 20-page questionnaire (with 117 questions) to 256 APRT members, limiting it to those who were Past-life therapists with five years practice. (We have many members who are not therapists). To my great surprise, 136 of them were returned. I had not expected such a good response, because it took at least an hour to fill out the questionnaire. One thing I noticed early was how non-conformist and individualistic our members are! They seemed to enjoy the essay questions, and had lots of divergent opinions. I discovered, now that the statistics are done, that I have a really massive amount of data, which will take quite a while to assimilate and present in a clear way.

In this preliminary report, I will give as brief an answer as possible to the first 14 questions.

From this, we can surmise that most of the therapists either think the images in past-life sessions are from a real past life, or that they are symbolic. In any case, proving one or the other will be difficult, so it is really a matter of opinion. However, it does affect how therapists conduct their work, and this deserves more study. 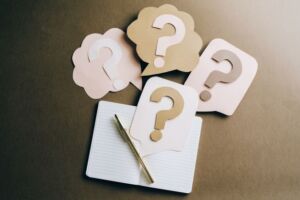 APRT could well have roundtable discussions about spirit depossession and walk-ins in their publications and at conferences, giving both sides of the question. We need to know where we stand on this, as some therapists are at risk of losing their licenses for doing spirit depossession, and I would imagine that those who work with walk-ins would be in a similar position. Mainstream psychology is really not ready for either spirit depossession or walk-ins! I think it is a credit to PL therapists if they are willing to deal with whatever convictions their clients present, without imposing their own belief systems. Many people are having distressing psychic experiences, and the open-minded therapist can be most helpful in helping the client to integrate them. Our interest in these two out-of-the-ordinary fields is a testament to our willingness as a group to explore new frontiers.

Well, this is a “Baskin and Robbins taster-spoon” sample of my study. This just covers the first two pages, so you can see it will be a rather long study when it’s finished. However, I am excited about how it reveals common opinions among us, and shows areas where we need to educate ourselves better. It also shows many areas for further study. APRT has wanted more research projects, and I am very happy that they are starting to encourage students to do their studies by giving their moral support. Very few PL therapists have the time to devote to large research studies, unless they are in a school program. It’s too expensive, and they would rather spend the time with their clients. However, many of us have a fantastic amount of data, in tapes and case notes, which could make wonderful books and studies, if there were an outlet for them, and some support for the costs. APRT has started a series of monographs, and perhaps this will be a good vehicle for APRT members to present research projects.