The following paper presents a suggestion for research that would examine correlations between past-life regressions and/or future life progressions and simultaneously-occurring brain electrical activity. In his approach the author extends the Mind Mirror research of Lucas, presented in the Journal, IV, 1, 1989, but widens the scope of that study. If you are interested in his idea, please write to Paul (he is in the APRT directory) or in care of the Journal.

This paper is prompted by two recent articles in the Journal, VII, 1, Clark (1993), and Goldberg (1993). These papers raise core issues challenging the credibility of past-life/future life therapy. The first issue is whether or not reported past lives represent legitimate past lives and the second concerns an attempt to establish a rationale to explain the phenomena. The diversity of opinions reported by Clark regarding the source of information produced in these reports demonstrates that there is no consensus among therapists on either issue; Goldberg’s attempt to “fit” past and future life reports into the frameworks of theoretical physics is interesting but essentially unprovable. Of course, at the present time there is no method for “proving” anyone’s view on these matters. Still, it would seem wise to at least attempt a more complete understanding of what is taking place during regression/progression sessions. This paper attempts to set forth a hypothesis and a means for exploration.

Regarding the first issue, it may well be that the reported events come from a variety of sources, some of which may indeed be legitimate past lives and some of which may be generated from other levels of mental imagery. Clark (1993) found from her survey of therapists that there is no real consensus among practitioners on this issue. She states: “As for whether the responses accessed through PLT are actual past lives, 65% agreed, 34% were neutral or didn’t answer, and only one person disagreed.” Clark’s data may be suggesting either that a percentage of practitioners do not feel that a differentiation of source is significant or that they admit they do not know where past-life material is coming from.

As for the second issue, Goldberg’s (1993) discussion of quantum physics and past or future lives may be valid but his concepts of five frequencies and a multitude of side bands occurring simultaneously are beyond research validation and replication. 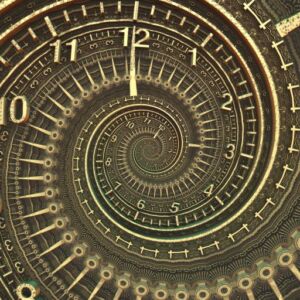 Resolution of both issues may reside in formulating a rationale that is compatible with the varying opinions of what the phenomena might be. More specifically, determining the neurologic “what” and “where” of regression recall may make it possible to explain the disparity in viewpoints. This in turn may provide a means of differentiating the material into specific types of recall: true past-life/future life, metaphor, or fantasy.

Even though the techniques of accessing these recalls seem to be similar there are too many variables in the techniques of practitioners to be assured that there is consistency in the levels of consciousness being attained. The same range of receptive variations would be expected in the client population. Further, it may be that even slight variations in presentation or implementation may vary the type and clarity of recall widely. The process provided by therapists is an idiosyncratic verbal matrix from which it may be possible to tune in discrete brain wave patterns. However, every matrix may be expected to vary in accordance with the practitioner and the interpretive state of the client.

Acknowledging that there exists this variety of induction techniques, it would seem logical that some techniques might result in more effective brain wave states for the retrieval of past or future life material than others. Logic would also suggest that varying states or stages should be identified if for no other reason than identifying treatment options. Although these issues are often stated as interesting academic gaps in knowledge, they are areas that have obvious relevance to responsible and effective treatment.

Clark’s findings of the disparity of views held of the origins of the reported material also suggests a variation in the source of the material itself. A thread common to all opinions is that these reports occur when the brain is activating recall in an altered state. However, it has not been finally established by research in which EEG states (beta, alpha, theta, delta, or combinations thereof) recall is taking place, nor have the areas active during recall been mapped.

Lucas (1989) presents her findings using the Mind Mirror; she attempted to identify patterns of brain wave activity of both therapists and subjects in regression activity. However, and as she herself indicates, because of her small number of subjects and the diversity of induction methods used, her study can best be described as a preliminary attempt to map out the territory. In the discussion section of the paper Lucas usefully reviews a variety of theoretical models of what the varying brain wave patterns she found might represent, and this gives us some ground from which to continue.

As the brain is unquestionably processing material from some source, establishment of areas and levels of brain activity may provide a means of differentiating the types of responses made. Instrumentation exists with which to resolve that issue.

In order to establish a common ground for discussion and experimentation, certain presumptions are needed:

Item #7 requires additional explanation. “Transduction,” as I am using it here, is the conversion of an external stimulus through physical channels to another medium, such as perception in the brain. For example, the sensation of sound begins with molecules moving in the air; these reach the ear drum and create vibrations in the hearing apparatus; these in turn reach the brain and at this point we “hear” the sound. In this case the initial stimuli, the moving molecules, have been “transduced” into our perceptions.

This is an oversimplification and does not include an explanation of how the central nervous system (CNS) proceeds through stages to our understanding of the meaning of the sound (for example, how we know the sound means “hello”). The point being made here is that a basic function, in this case hearing, is dependent upon a very complex sequence of energy transductions. All sensory systems are dependent upon some form of energy transduction before the brain acts upon them in terms of cognitive function. In a sense then, humans are very complex arrays of transducers. We are equipped to capture different forms of stimuli or energy.

I will state a hypothesis: If thought is a form of energy, then that which is generated and termed past-life memories or future life progressions is the result of energy transductions at some level. One might further postulate that if such a receptor existed it would be detectable in some segment of CNS activity. An independent anatomical receptor for “thought energy” has not been defined as such in the literature, although frontal lobe cognitive functioning may be involved.

To differentiate the locus and type of brain activity involved in any human activity requires only that the brain be monitored by “listening” to its electrical intensities and frequencies. The basic techniques are non-invasive and familiar; they involve placement of sensors on specific areas of the skull. Detected signals are then magnified 60 times and then either heard (transduced to auditory frequencies) or visualized (transduced to graphic form) either on an oscilloscope or a chart recorder (electroencephalograph, or EEG).

Protocols for various types of brain mapping already exist. One is called BEAM, or Brain Electrical Activity Mapping (Ray, 1990). Another protocol involves the study of brain activity in REM sleep, and there are others. This technology awaits application to research in regression/progression experiences. As Lucas noted, electroencephalography is the ideal technique for mapping whatever patterns of activity are characteristic of people producing regression/progression memories.

How might such mapping help differentiate reports of past-life memories or future life progressions? The goal becomes the identification of brain activity during regression/progression, the particular energy bands being produced, how they vary with different conditions, and how they combine. 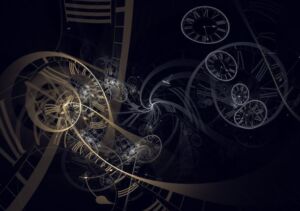 The brain, somewhat as an orchestra plays many musical lines at once, “plays” more than one brain wave at a time. Brain waves seem to function in segmental fashion roughly divided into four groupings or ranges, or bands: beta, alpha, theta, and delta. The brain is not globally or exclusively producing any one group or range at a time. At given times one band becomes more dominant in selected areas and the intensity of the others will vary. There are times when additional waves occur: lambda and gamma (Niedermeyer, 1993).

It is important to note that manipulation of monitored brain wave states currently has not only diagnostic but also specific therapy applications. Establishing an alpha state through biofeedback and engaging theta is a specific protocol used in substance abuse with the goal of behavioral change. The protocol includes the use of visualization in a very structured fashion. But it also adheres to a “non-directive” interpretation of information generated. The client is provided a context in which his or her unique metaphors can be decoded (Peniston & Kulkosky, 1990). There is also application of this technique in shifting the attention deficit disorder (ADD) client more to beta from alpha. To apply this knowledge to regression/progression research it would be necessary to monitor subjects and attempt to identify associated brain wave patterns. Further, it might eventually be possible to identify highly differentiated CNS areas for each pattern group. Admittedly the equipment required is not readily available outside research facilities.

The possibilities exist for a broad variation of patterns occurring within a population being treated by any one practitioner and additional variations of patterns as a result of techniques used by different practitioners. Lucas found some variation in the brain wave patterns of therapists as well as those of subjects. Another potentially important variable would be the differentiation of brain wave activity when subjects respond verbally as opposed to manually, as in finger movements, commonly used in this field. Speech would be expected to occur in higher levels of brain activity, probably above theta, but the activation of a finger response may not reach the expressive language levels and hence be produced at lower levels.

Clark found that 90% of her practitioner respondents do not monitor brain waves, but 4% do so sometimes and 5% do so always. Perhaps this 9% who evidently have access to the necessary equipment and use it at least some of the time could take on the task of classification and interpretation of brain wave states connected with memories retrieved during their regression/progression sessions. Retrospective analysis of their data, if possible, would also be a good start. Such research seems very appropriate at this time in our field, both to educate ourselves and others.

Goldberg, B. Quantum physics and its application to past-life regression and future life progression hypnotherapy. Journal of Regression Therapy, VII (1), 1993.