RESEARCH. Past-Life Therapy with the Homeless – Carlos Gris (Is.9) 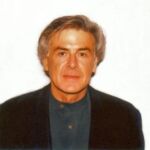 This article reviews some applications of past-life regression as an adjunct to traditional therapy with homeless people. The author presents two case histories illustrating the application of this method, one successful and one unsuccessful. He also identifies four dangers in the use of clinical depossession with any population. His candor in discussing failures as well as successes is laudable.

I would like to share with readers my experiences using past-life therapy with homeless people in San Francisco. At the time of writing, I have been working with Healthcare for the Homeless, one of 18 government-funded programs set up to develop models for delivering service to this population.

We provide medical, mental health and social work services in each of five major shelters, as well as in a centrally located clinic and in hotels that serve as temporary shelters to many. What this means is that I see clients in all these places, and don’t really have an office of my own. I’m a homeless therapist, so to speak.

The number of homeless people in San Francisco is estimated at between 6,000 and 10,000 — nobody knows for sure. About 30 percent have severe psychiatric disabilities, 20 percent are Vietnam combat vets, 50 to 60 percent are black men. There is an increasingly high number of pregnant and single women and families joining the ranks of this most disenfranchised and troubled population. The great majority are afflicted with malnutrition and infectious diseases.

Many have no income at all. They eat in the soup kitchens and get clothes from the shelters. Others make a few dollars peddling in the streets. Some receive $360 per month from General Assistance. The handicapped get $660 from Social Security. A single room in a fleabag hotel goes for $80 to $90 per week.

Most homeless people live in an environment that breeds drug addiction, prostitution and violence; crack cocaine is a runaway epidemic. Many are burned out on the system of health and social services; many have fallen through the cracks.

The problems that my clients want help with span the DSM-III-R (Diagnostic and Statistical Manual of Mental Disorders). About 40 percent have a long history of substance abuse — alcohol, heroin, cocaine, acid, speed, uppers, downers, you name it. Thirty percent or so are hospital material — paranoid, schizophrenic and impulse-control disorders. Many exhibit severe character disorders. Some 5 percent suffer from post-traumatic stress syndrome from combat, rape or assault. Many have more than one of these problems, the so-called “double-diagnosis” cases. Most were severely abused — physically, sexually, psychologically — in early childhood.

The setting is a sort of socioeconomic M*A*S*H unit, and doing therapy in it is like trying to fly a tractor. I soon found I needed all the skills I could muster. That’s why I learned hypnosis, past-life therapy and spirit releasement. I have used them as an adjunct to more traditional forms of therapy with my more functional clients.

Michael (not his real name) was one of these. He had a seven-year history of alcohol and mixed substance abuse, because of which he had lost his job as a superintendent of construction, his wife of ten years, his three kids, his house, his savings and his two investment properties — not to mention his self-esteem, his sense of worth and his liver function.

It all started with severe headaches on the left side of his head at the time he was completing his Master’s degree. A campus doctor prescribed Furinol, a powerful pain killer. A nurse-”friend” of his gave him a bottle of 1000 capsules. He got hooked, and it was downhill from there.

During a regression session, Michael found himself back in England around the turn of the century as a little girl. She was walking down a cobblestone street with her mother, with a little red ball in her hand. She dropped the ball. It rolled onto the road. She broke loose of her mother’s hand just as a horse carriage was passing by. She got run over. The horse’s hoof struck a lethal blow (as readers may have already guessed) to the left side of her head.

I worked with Michael for about 18 months, before, during and after his participation in a three-month substance abuse recovery program. The last information I had about him was that he was back on the job, had rekindled his relationship with his family, was living in Marin County in his own apartment, and had opened a savings account. I don’t mean to imply that PLT cured him, but it certainly contributed to his healing.

Michael is one of my few super success stories — unfortunately, one of the few. There have been many more clients for whom neither PLT nor anything else has made a bit of difference. These, I am afraid, are the majority. David, for example, was a 35-year-old transsexual who claimed, as many do, that he was “a woman trapped in a man’s body.” We worked through eight or 10 regression and releasement sessions in addition to 10 or 12 sessions in which more traditional methods of therapy were employed. The gist of it was that the woman in him and his current male self had been best girlfriends in a previous life and had sworn togetherness forever.

Twice, we gently “released” the attached girlfriend, and we had David work through the death and related prenatal traumata. But he kept bringing her back. At last report, he is still living in shelters and eating in soup kitchens, blowing what little money he occasionally earns on movies and clothes he doesn’t really need, afraid to face the responsibilities and challenges of being a grown man, confusing himself with issues of gender identity and soothing himself with grandiose ideas and fantasies of what he wants to become when he “grows up.” Unlike Michael, he seems to have a very decentralized locus of control and a dependent personality.

Dennis was another failure — and one I want to mention to highlight the dangers of so-called spirit releasement. He found me at a shelter two days before I was to leave work for a week. He said that during the previous year he had been hearing two voices, one male and one female, that kept telling him to kill himself. He had tried to do so twice before.

I took very little history — in retrospect that was a mistake. I also allowed my ego to affect my professional detachment when he told me that he had heard a lot about how much I could help people who were hearing voices. A third error occurred because I had to leave town for a week and was not able to do a follow up. 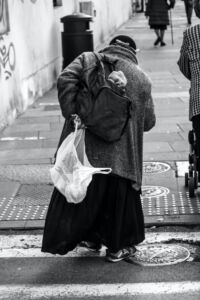 As the regression unfolded, it revealed that the woman’s voice apparently belonged to an Aztec ritual victim; her spirit had come into a young Aztec male attending the ritual. Shortly afterward, the young man drowned while swimming in the river, and the joined spirits, supposedly, had attached to Dennis when he was five to protect him from a beating at the hands of his father.

The releasement went well. Dennis was relieved and grateful when I saw him the next day, just before I left. Still no voices. I felt proud and competent — until the following week. On my return, I found that Dennis had checked himself into the psychiatric emergency service at Mount Zion Hospital, reporting depression and unbearable suicidal ideation. The difference was, he said, that although there were no longer any voices telling him to kill himself, he still just felt like doing it and didn’t know why.

I’ve had similar experiences in other cases of “spirit releasement.” My conclusion, at this point, is that it can be a dangerous technique because (1) it tends to support dissociation; (2) it can prevent working through the splitting to reach the integration of fragments; (3) it can forestall ownership of the shadow, and (4), worst of all, it creates the illusion of cure.

On the other hand, I think PLT is a very useful projective technique that allows clients to (1) dis-identify with the problem, (2) obtain a macroview of their situation, (3) work through traumatic material in symbolic form, and (4) create a sense of continuity and organization among previously fragmented life experiences. I support the position that the argument about whether or not past lives are “real” is clinically useless and irrelevant.