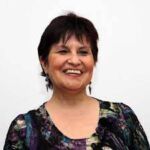 PTSD is a common psychiatric diagnosis. This article defines it and sketches its history. Both older and newer mainstream psychotherapy have recognized that trauma memories are stored differently from common memories, and require body awareness for release. In past-life therapy, rediscovering concepts from shamanic medicine, we interpret post-traumatic stress disorder (PTSD) as soul loss, and healing this condition as soul recovery. Interestingly, there seem to be parallels between the physical structure of PTSD and the psychic structure of soul fragmentation. So regression therapy is enlarging mainstream psychology, not conflicting with it. PLT traces experiences to their source, releasing blocked energies, integrating the disconnected fragments of the soul, and converting the traumatic memory into a remembrance freed of painful connotations. PLT meets the requirement to work at all levels and, moreover, without limit of time and space. A systematic evaluation study of PLT would be of great value to corroborate the success that we see as therapists in our practice in treating this condition.

When people have been exposed to an event that threatens their life or safety or that of others, and they have lived with intense horror and despair, like in wars, they may develop Post Traumatic Stress Disorder or PTSD. Survivors of major disasters (in our country, for example, earthquakes and tsunamis) constitute the other major field of study of these phenomena.

The struggle for human rights and for the rights of children and women has revealed other forms of trauma, like maltreatment, abuse and torture, often submerged in secrecy and shame. Recently, more has become available by surviving victims of terrorist attacks.

Obviously, PTSD has always existed, as none of the mentioned evils are the privilege of modernity. Systematic study, however, is only from the last 150 years. From the late nineteenth century onwards came observations that persons subjected to intolerable trauma showed a characteristic set of symptoms that prompted consideration by the various currents of psychiatry. The world wars and later the Vietnam war provided ample material for what was called war neurosis.

Stress has been defined by Hans Selye in 1936, as the physiological and psychological process that occurs in the face of a situation that demands more than the subject can handle, in other words, a situation that is overwhelming. Stress produces in people two main responses: coping or escape, preparing the body on a biochemical level to fight or flee.

Trauma, is a Greek word meaning wound. This definition is important for understanding its consequences.

PTSD is considered to be an anxiety disorder but also a disorder of the memory. When symptoms develop immediately, that is called Acute Stress Disorder. PTSD usually develops between one month and two years after the event, but may occur after many years. (And how!).

The symptoms of PTSD belong to three categories, called the symptomatic triad: 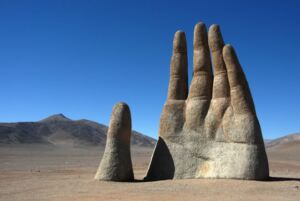 Not all persons who suffer a severe trauma develop PTSD. In several studied groups, its frequency does not exceed 25%. What predisposing factors favor its appearance?

Since being detected, many different treatments have been used for PTSD, including drugs, conventional psychotherapy as well as unconventional approaches. Many clinicians from Pierre Janet to Milton Erickson have used hypnosis as a method of choice. (We might wonder if they have stumbled upon events from past lives.) Unfortunately, this happened before the current methods of evaluating results, so there are no systematic studies.

Dr. Bessel van der Kolk, a psychiatrist at Harvard Medical School, and his staff have critically investigated trauma and its consequences, checking Janet’s century old postulation that memories of trauma are stored in different forms than common memories.

The limbic system is the part of the central nervous system that maintains and guides the emotions and behavior of self-preservation, for which it stores and retrieves memories. In this system, two areas are particularly important, the hippocampus and the amygdala.

The hippocampus integrates new experiences with autobiographical memory and location in time and space. Its function is needed for explicit memory. The amygdala assigns emotional significance to sensory stimuli, and saves them intensely in the memory, as well as controlling the release of hormones and mediators.

Non-traumatic autobiographical memories are finally stored in the cerebral cortex, from where they can be recovered in the long term. The main interface between the hippocampus and cerebral cortex is the entorhinal cortex, which functions as a hub in the memory network.

Studies show that patients suffering from PTSD exhibit reduced hippocampal volume, which explains why traumatic memories do not reach or consolidate as coded passes. By reducing the hippocampus and activating the amygdala, intense and fragmented memories are produced, which had not been integrated with autobiographical memory (dissociation).

Dissociation is a term coined in 1889 by French philosopher and psychiatrist Pierre Janet to describe how traumatic emotions are separated from the common consciousness and stored in a memory different from verbal memory. He was the first to note this other type of memory, which is stored in the form of gut feelings (anxiety, panic) or visual images (flashbacks, nightmares). The concept of dissociation is fundamental to understanding of the mechanism of PTSD.

Currently, Bessel Van der Kolk[1] and the Trauma Clinic use three types of treatments: yoga, EMDR and psychomotor therapy. The first, yoga, involves physical, emotional, mental and spiritual dimensions. The mechanism behind EMDR is unknown, but it is known that it promotes integration The third is a kind of psychodrama of the traumatic experience. These types of treatments may look familiar to the readers of this Journal. In the words of Dr. Van der Kolk. Body awareness is a necessary aspect of effective emotion regulation. Something we know very well. 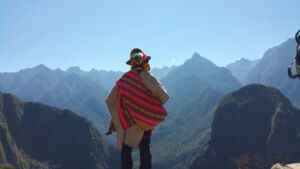 Although long disparaged by our Western culture, we are rediscovering the value of shamanic medicine. Shamanism is an ancient healing practice that may date back ten thousand years, as it is found in primitive cultures from all continents. It is characterized by a journey the healer takes in an altered state of consciousness, beyond ordinary time and space, obtaining information to help the sick or their community.

Of all the concepts and shamanic techniques, the most important is undoubtedly soul loss and its corresponding recovery. One of the natural reactions of the soul in the face of intolerable trauma is fragmentation, leaving the fragment trapped in the original space-time, separate from the whole that lives on without that fraction of vital energy.

The size and number of fragments is varies, but when trauma is truly overpowering, the soul disconnects almost entirely, leaving only a percentage of psychic energy to continue functional biological life, but devoid of the essential spark. Not only vital energy, but also many attributes and qualities no longer manifest in daily life. Meanwhile, the traumatic event is in turn blocked, partially or fully deleted from the consciousness. This is what we call soul loss.

As the soul withdraws to be preserved, it is possible to achieve recovery and integration back to the individual as a whole. Shamans realize this through the shamanic journey, going in search of the soul of the patient and blow it back.

When trauma is extreme, the soul is torn because trauma is a wound of the soul. Being a wound, you can:

The memories of trauma are trapped in the separated fragments and before any circumstance triggers them, they are activated, reliving everything as originally happened. The soul is still there, but trapped. Without further restimulation, the person goes through life with less affective engagement and without remembering details, as if they had been a mere spectator of the experience.

Dealing with PTSD in regression therapy

PLT, recognizing the validity of this clinical image, has revived the shamanist technique, but by urging patients to go in search of their lost soul parts, and bringing them back. PLT powers the subjects, believing that no one knows more about their soul than they themselves.

The signs and symptoms of PTSD (as well as ASD) are all too familiar to those who work in regression therapy. As we see it, the mechanism behind PTSD and ASD is soul fragmentation, with or without loss and always with entrapment at the origin. Speaking of origin, we have to remember that any trauma of the present life may be a repeat of one or more traumas from the past. Therefore, therapy is not complete until it has exhausted all the near and distant origins.

The findings of the neurological aspects of traumatic memories may seem at odds with the recovery of memories of past lives, unless we consider, like Rupert Sheldrake,[2] that “It is an unusual idea that the mind is inside our head, a small entity and portable, isolated and secretive within our skull. No culture of the past had this idea, and it’s amazing that the most educated and complex culture that has ever existed has such criteria”.

Sheldrake and several others scientists have concluded that memory is not stored in the brain, that it seems only to be an encoder–decoder. If so, hippocampus, amygdala, and cerebral cortex only encode and decode memories, which are located in other dimensions, being retrieved by the corresponding decoder when the individual remembers (explicit memories) or when restimulation happens (perceptual memories).

The therapist guides and accompanies the patient throughout the entire process, working through the experience on physical, emotional, mental and spiritual levels:

Scientific medicine has long studied PTSD, and its findings are consistent with what we observe in our clients. We, however, see the dissociation phenomena in this disorder as an example of soul loss, and have rediscovered the effectiveness of soul retrieval techniques, and generally of regression therapy.

Post-Traumatic Stress Disorder is a serious but treatable condition, which requires multidimensional and integrative techniques for a complete resolution. Regression therapy, or past-life therapy, meets those requirements. Therefore, a systematic study of results with PLT would be of great value.

[1] Bessel A. van der Kolk, M.D., has been a clinician, researcher and teacher in the area of posttraumatic stress since the 1970s. He has done pioneering work on the neuroscience of trauma, its impact on development, thinking, feeling and body sensations. www.traumacenter.org

[2] Rupert Sheldrake, a biologist and author, is best known for his hypothesis of morphic fields and morphic resonance, which leads to a vision of a living, developing universe with its own inherent memory. He worked at Cambridge University, where he was a Fellow of Clare College. www.sheldrake.org

Do you like this article ? You can visit the page of the Issue for more information. This article is on the Volume number: XXiii and it is published at: 31-03-2015 You can also visit the author profile for the bio.