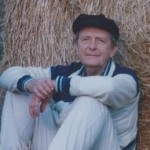 The author describes four healing procedures that are shared by Western and native healing approaches: a world-view shared by practitioner and client, the personal qualities of the practitioner, client expectation, and variation in modalities of healing. He discusses the various sorts of karma associated with illness and the conviction of the folk-healer that body and mind are a unity and disease is a part of a larger energy field and cannot be treated in isolation.

Western and native healing procedures appear to agree on four essential healing principles. First, therapeutic communication between the practitioner and client is facilitated by a shared world view. Second, healing is enhanced by the personal qualities of the practitioner. Third, positive client expectations expedite the healing process. And fourth, effective treatment procedures hasten the client’s recovery. Each of these principles can be illustrated in the folk healing traditions, which incorporate past-life therapy into their approaches. These approaches use such concepts as “reincarnation,” “karma,” and “previous lives,” in their attempts to ameliorate a client’s current problems.

Many clinics utilize a team of mediums for diagnostic purposes. They claim to be able to contact the former personalities while the client is in an altered state of consciousness brought about through suggestion. Therapy consists of removing the barriers that separate the client from contacting his or her other personalities. Emphasis is placed on the emotional reactions of all the personalities and a synthesis gradually occurs through common emotional linkages. Sometimes a personality will find it easier to make himself or herself known through a medium; in this manner the client can converse directly with that personality.

Reincarnation is part of the world-view espoused by many Native American traditions. Rolling Thunder claims to remember portions of his last three lives, all of which were spent on the North American continent in various tribes. He has attributed many of his personal qualities to lessons learned over several lifetimes. Like many shaman-healers, he exhibits an intensity that conveys a power the client finds assuring. His presence imparts a dramatic flair to his healing sessions both with a client seen privately and with those conducted with the entire community in attendance. He claims that many of his rituals are recalled from past lives. He often prepares a ceremony referred to as the “mesa” (or table) by Latin American healers. He spreads a colorful blanket on the earth and asks participants to place an object on the blanket which has personal meaning to them. He warns them not to put money or weapons on the blanket, as an over-attachment to the activities represented by these objects can limit a person’s development. Once the objects have been placed, Rolling Thunder and his assistants begin to sing, chant, and drum. Eventually the objects have accumulated enough “energy” to serve as power objects for their owners. From that point on, the power objects can be used to prevent illness or hasten recovery.

Rolling Thunder has been permitted to enter various hospitals to work with his clients. Again, it is his remarkable personal qualities which convince the hospital authorities of his importance to the client and his ability to facilitate the client’s recovery. In one instance, he visited a client who had broken several bones in a near-fatal automobile accident. Rolling Thunder taught the young man how to “speak to the bones.” This exercise involved considerable relaxation and imagery, and the individual promised to practice it each day. His physicians were surprised at his rate of recovery and dismissed him several weeks ahead of schedule.

Concepts of healing held a profound importance in the daily lives and spiritual work of the early Buddhist monks. Buddha was considered the Supreme Physician. Individuals who held back from full enlightenment until all humankind had been healed were referred to as Bodhisattvas. Their rebirths took place in locations where they could be of the most help in facilitating the spiritual development of themselves and others, healing being a metaphor for spiritual growth.

Edgar Cayce channeled both medical diagnoses and treatments and also past lives. A description of the results of his interventions to the Boston Clinical Research Society reported that Cayce had made only two errors in diagnosis. His suggested treatments had emphasized herbs and diet. Cayce claimed to find that health and reincarnation were often associated. Cranston and Williams divided the readings about this association into three categories: boomerang karma, organismic karma, and symbolic karma. An example of boomerang karma was a Cayce client who was born blind. Cayce’s reading asserted that in a past incarnation he supervised the blinding of his tribe’s enemies with red-hot irons. Organismic karma is exemplified by a client with digestive problems who was a glutton in a previous life. Symbolic karma was purportedly found in a deaf client who had “turned deaf ears” to pleas for assistance in a former life.

All healing practices reflect either implicit or explicit theories of healing. Traditional (or folk) healing assumes that disease is a part of a larger energy field and cannot be treated in isolation. Disease is seen as directly related to the client’s personality, body constitution, and lifestyle. Native medicine conceptualizes pain and disease as sources of information concerning a client’s conflict and disharmony. Confronting the information and bringing it into consciousness can be an important learning experience. Disease is often considered to have its origins in “non-ordinary reality” and the client and healer must obtain knowledge from that source. The body is seen as a dynamic system, as an energy field within a larger context, and the folk healer will examine “energy patterns” and so-called synchronicities—coincidences which may reveal the cause of the problem and its treatment. He will also investigate the client’s interaction with his or her family and community, to help determine the etiology of the problem and to find resources for treatment through support groups.

For the traditional healer, body and mind are a unity. In most instances, arbitrary divisions between mental and physical problems do not exist. Native medicine is the vehicle of transport for the practitioner (and often the client) to enter the requisite state of consciousness for the healing to occur. Folk healers conceptualize mind and spirit as being an omnipresent part of the material world; their approach to clients has inevitably been holistic throughout their history.

Traditional healers employ acupuncture, diet, exercise, herbs, prayers, purifications, rituals, and, especially, visualization. Shamans and other native healers are pioneers in the use of imaging with their clients. The purpose of human life is seen as the initiation into the visionary realms of the spirit, the maintenance of oneself in harmony with all other forms of life. Therefore, healing is conducted in a sacred context, one that uses imagery, ceremonies, and appeals to unseen forces. The client’s assistance is frequently sought. Various assignments are delegated so that he or she can participate in self-healing. Sometimes complicated rituals are suggested which must be carried out meticulously. At other times clients are told to inspect their dreams because healing spirits will visit them and assist in the cure. Various exercises involving imagery and ritual are prescribed. Native medicine relies heavily upon the power of belief and the importance of one’s attitude while undergoing treatment. The therapeutic power of socially sanctioned treatments has been accepted within every society since the dawn of recorded history. The placebo gains its potency through being a tangible symbol of the practitioner’s role as healer. The ceremonies and rituals in traditional medicine give ample opportunity for these symbols to mobilize a client’s inner resources.

Allopathic medicine and folk healing have come into greater contact since the World Health Organization, in 1977, pledged provision of worldwide health care by the year 2000. This goal was to become practical through the training of native physicians, herbalists, and midwives, sometimes incorporating them into Western medical clinics and hospitals. Already several successful programs have been inaugurated in parts of Africa, Asia, and Latin America. In December, 1984, hundreds of traditional healers from five continents met in Madrid, Spain, to discuss their methods and decide how their knowledge could be more effectively disseminated.

Folk healers have made several contributions to healing arts in the West over the years; especially in the areas of herbal and psychotherapeutic treatment. Past-life therapies, which can be found in several forms of native healing, may be one more example of traditional wisdom that deserves a belated appreciation. The work of Ian Stevenson and his colleagues demonstrates the need for a serious examination of the validity as well as the utility of past-life experiences as a part of the wider energy field in which illness, disease, and physical dysfunction take place.