Therapist Safety and Protection in Past-Life Therapy – David Hammerman (Is.9) 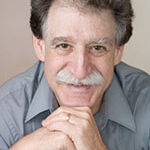 To take care of oneself is both prudent and vital. As the author of this article so rightly points out, therapists tend to be so attentive to the needs of our clients that they sometimes fail to practice appropriate measures to adequately protect themselves. The author, a licensed psychologist, has developed an interesting technique for therapists to use.

While much work has been done in hypnotherapy around safety and protection for the client, little has been done around safety and protection for the therapist. There has been recent clinical attention paid to spirits attaching themselves to people and the depossession work that was required to release them (Ireland-Frey, 1986). The following report illustrates the need for appropriate protection measures in relation to unanticipated spirit attachment for the therapist doing past-life work, as well as some useful shielding techniques.

About seven years ago, several years after the author became interested in past-life therapy, he worked as a therapist with a colleague on the issue of infertility. At the time, she and her husband were facing many barriers, both physical and emotional. Past-life work was done to explore some of the earlier sources of her infertility. Her present infertility appeared connected with a past life as an infertile midwife who led a lonely, isolated life. While some understanding was achieved regarding her present life situation, the past-life work did little to change the reality of her infertility. However, this brief work had a strong effect on the author/therapist.

During the year following this work, the author experienced a series of events that were uncharacteristic of the kind of life he had been leading prior to the sessions. In simple terms, the author had a run of bad luck. Some of what happened ranged from the tragic to the ridiculous; a beloved cat died, his wife had a miscarriage, his car was rear-ended while at a stop sign, and so forth.

Finally, almost precisely a year after this run of bad luck began, the author traced the start of his misfortunes to the past-life work done with his colleague. In addition, the author had a “sense” that some mischievous entity or spirit had attached itself to him, and that this entity had been instrumental in influencing the events of the past year.

Initially, the author was extremely skeptical about this hypothesis, as it sounded quite outlandish. However, considering how things were going, he was willing to entertain any theory. The author began systematically using shielding techniques to deal with the possibility of this entity or spirit’s influence. The run of bad luck ended and the author’s life resumed a pattern characteristic of his life before the past-life work with his colleague. 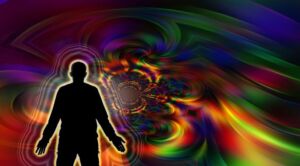 When one does past-life work or any kind of transpersonal work, there may be non-physical channels that open up between client and therapist. Indeed, these channels may be open while doing any kind of psychotherapy. A therapist may become more visible in the transpersonal dimension and potentially receptive to other forces that operate on this dimension, both good and bad. In the present situation, the author had failed to take into account this possible transpersonal aspect of therapy, and an entity or spirit which was connected to the client or channeled through the client may have become attached to the author. If so, this was done without the conscious awareness of the author.

Assuming that this happened, it is unclear to the author how this attachment process operated. When this possibility emerged, the author considered the possibility that there was an unresolved personal issue or conflict of his that was being engaged. In psychodynamic terms, was there a countertransference issue that attracted the entity to the author? While there may have been, the shielding technique used did not reveal any countertransference issue and was effective.

How did the author “know” that this had happened? At that point in time the author had no direct knowledge of spirits or entities and was totally unfamiliar with any work being done with depossession of spirits. This hypothesis was an intuitive insight that came to the author, and it was not censored. However unusual this insight was, it did seem to explain the events of the previous year. Given this, the author decided to test the hypothesis by shielding himself and his family, with the hope of changing the situation.

The shielding technique used is fairly straightforward. It was based on standard techniques of clinical hypnosis and the author’s understanding and reading of the occult literature, in particular the Hawaiian system of Huna (Long, 1982). The author enters a self-induced trance. Through the use of an inner voice representing the conscious mind and finger signals representing the unconscious and superconscious minds, he questions the unconscious and superconscious to see if they are available and ready to work.

A phrase or image, or both, is then used to invoke protection. One can imagine oneself completely surrounded by white light, permeable to good influences and impermeable to bad influences. A phrase can be used, such as “let me be aware of and open to good influences and aware of (or unaware of) and closed to bad influences.” This technique can be used on a daily or on an as-needed basis. A suggestion can be given to oneself, to one’s conscious, unconscious and superconscious, that this protection will automatically be switched on whenever there is danger.

Since the event described, there has been no further problem in doing transpersonal or past-life work. Was this a coincidence? While there is no conclusive proof, the author believes there is a strong probability that an entity or spirit attached to him while doing past-life work, and that shielding helped disengage the spirit, as well as offer protection from such occurrences in subsequent work. The author would be interested in hearing about other similar experiences.