All Time is Now Even in the Hypnotherapist’s Office – Barbara Pomar (Is.26)

Home JRT Article All Time is Now Even in the Hypnotherapist’s Office – Barbara Pomar (Is.26) 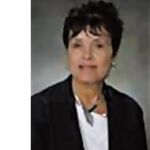 Much has been written about time, all time is now in past life therapy. Dr. Pomar combines the two conflicting ideas into a coherent simultaneous theory. As quantum theory has found that there is only the now, (the present moment) Dr. Pomar has expanded the theories into a string of Nows. What is experienced in past-life recalls or experiences are layers of the present. Therefore it is possible to go to that point in time-space where the beginning, the original event happened, change a concept and have the present and future change almost immediately.

So many good philosophies can be derived out of these four words, All Time is Now. Yet, they can be counter-intuitive. I remember vividly the party last week and I am excited about my vacation in a couple of weeks. Does this mean I am still at the party, on my vacation and working at my computer—all at the same time? Yes, if taken in the broad context of time and no when describing events occurring in the third dimension.

Time exists as a measuring device, like a ruler, in the third dimension. This third dimension is the only one we perceive on a daily basis.  Mathematicians have identified eleven (string theory). Robert Monroe, founder of The Monroe Institute, has described upwards of twenty-six levels other than the awake state of the third dimension (www.monroeinstitute.org). Regular meditators and other altered state visitors have described a few others. The book Flatland by Edwin A. Abbott[1] describes a being (A. Square) in the second dimension visiting the first dimension, then being pushed or pulled into the third dimension. Then the square attempts to explain his visits to others in the second dimension. Physicists, since Albert Einstein, have tried to put time as a fourth dimension, for example, height, width, length and time.  Or, I am at the corner of 54th and Vine, on the 5th floor of the Insurance building at 4:15 pm. That locates me at a specific place and specific time that precludes me being anyplace else (physically). Others, such as Roger Penrose, have extended Einstein’s curvature of gravity and space to curvature of spacetime into time folding back upon itself, as a meandering river. Julian Barbour describes time as made of separate instants, (events called Nows.) Each Now contains past, present and future. More recently Roger Penrose,[2] Mark J. Hadley,[3] and Michel Serres[4] describe time as folding back upon itself as Einstein described gravity. Putting these two theories together can explain the phenomena we experience in regression therapy.

living in the third dimension. It is only when we visit sleep-time, in meditation, or in hypnosis that we can step out of the third dimension temporarily and look down or back at where we were/are/might be. In sleep, in meditation or in hypnosis time is almost totally non-existent. Events can have a before and after that can be a few seconds to a few months. As Tad James has said, in his workshops at conferences, by going off (above) your timeline you can see and change the future and perceptions about past events and alter your current reactions.

Another problem we have is that most of us keep reliving a past glory or mistake. We hang on to the past to shape our present. How many former footballs players or cheerleaders do you know that still have the same hair style as they did in their “glory” days? Sometimes those events, like being told you will never amount to anything can be an anchor that keeps us from any goal. Yes, the lessons learned can prevent us from repeating the same mistake. And, sometimes, we remember the wrong lessons.  A client, a store clerk, came in with the idea something was preventing his success. He consciously remembered a teacher telling him he would not amount to anything. He also told about physical abuse as a child.  The history intake took much of the session. Not wanting him to leave on a negative thought, I suggested we do a trial run to show him what past-life review would be like. I led him above his timeline to a time in the past where he was a success—to back up as far as needed, to childhood, age four or before, or even earlier. He recalled when he first started to walk. His first steps and the joy of succeeding. He then went back earlier and experienced the frustration he had been feeling up to the first step. He re-experienced the joy and delight of the success of doing it on his own. We brought those feelings forward to the present and into the future. I saw him a few years later. He had not only changed jobs but was a manager of a small business.

The other side to the problem is that our attention is placed on the future so we don’t enjoy the present. A real life example is my Aunt Emma. She spent most of her adult life as a bookkeeper, saving money for her retirement. When asked about vacations, well, they were spent with family so she could have money to travel when she retired. At sixty-five she retired. About a year after, she was diagnosed with macular degeneration and felt she was going blind any day.  She and her sister took a week to visit Atlantic City, about three hours away. That was the extent of her retirement travels.

When we can let go of, release (and forgive) past hurts (what we have experienced and what we have caused) we can be fully in the present. Many have written books and given talks about doing just that. But, first, let me explain how it works.

It is all about time. The physicists have researched and mathematicians have calculated that 1) all time is now; 2) time does not exist (there is only the present); 3) events (what Julian Barbour named Nows) are layers of each moment. By using an advanced form of string theory and combining it with folding of gravity and spacetime, we can view time as vertical with events layered and sometimes folding back on itself.[5]

IF or WHEN we can lift off of the present moment, raise above we can “see” or “imagine” other layers of the present moment. When we are in the therapist’s office and are asked “to go to… .” our unconscious or subconscious steps off our current time-space and goes to that one. We often do it informally when we are looking for a lost object, car keys for example. We remember, imagine, where we were, what we were doing when we last had the keys in our hands. We let our imagination fill in the details, following cues until we find the keys. The store clerk went to the original spacetime. It was just as easy to remember the thrill of achievement as it was the frustration of failing. Once the negative emotions are neutralized, the positive emotions take their place. The client brought all the feelings and positive emotions forward to the next time he started to feel discouraged, knowing the next step would bring success.

The next question that comes to mind is that if all time is now, layers of now and past, present and future are happening now, are we predestined to follow what was done in the past?  The answer is a definitely NO!   Each conscious decision we make we affects our present and future. The key is conscious and intentional.

The regression therapist by various means, usually hypnosis, takes the client out of the present moment  (third dimension) into another reality (another dimension) where the problem originated.  At that point in time, the client can choose to recall and retain the positive emotions as the office clerk; or can choose to make another decision, to look at the event from another prospective (reframe).  The ultimate result is a lessening of negativity in that person’s life that affects not only that one person and their family, but so many others as well.

[2] Roger Penrose, The Road to Reality A Complete Guide to the Laws of the Universe (New York: Vantage Books, 2004).

[5] Julian Barbour, The End of Time: The Next Revolution in Physics. New York: Oxford University Press, 1999.

Do you like this article ? You can visit the page of the Issue for more information. This article is on the Volume number: XXII and it is published at: 01-03-2014 You can also visit the author profile for the bio.