On the Timelessness of Time: A Personal Past-Life Exploration – Melissa Bowersock (Is.17)

Home JRT Article On the Timelessness of Time: A Personal Past-Life Exploration – Melissa Bowersock (Is.17) 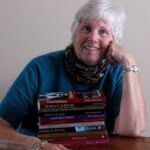 Melissa Bowersock, an author new to the Journal but not to PLT, takes us into the mysterious realms of time through her own experiences. She finds that past, present, and future are interlocked and continuously interactive. A thoughtful article that raises questions about the nature of time itself.

I have been fascinated by the enigma of time as much as the next person, maybe more. As a teenager I devoured every book on time travel and/or alternate pasts and futures that I could find. By the time I started experiencing past-life regressions as an adult, however, understanding the concept of time was not high on my agenda. But maybe that’s the nature of true discoveries ‑ finding what you’re not looking for.

Once I began doing regressions, I was eager to review as many lives as possible. They were all fascinating in their own way. One particular life, however, seemed bland and inconsequential compared to the rest. But it provided an unlikely first step toward understanding time.

In my current life, I was born in 1951. In this particular past life as Alice Lee, I was born about 1900 and died in 1949 or 1950. In that life I grew up in a small town in Nebraska, the only child of a banker and a stay-at-home mom. I had few complaints about my life, but the one complaint I did have was a big one ‑ my father. He was an alcoholic. He worked respectably at the bank every day, but then drank like a fish on evenings and weekends. He was a “happy” drunk, cheerfully silly, wanting nothing more than to have fun, and my reaction was to disdain his “immaturity” and to wish he would be more serious. When, as a young woman, I began to be courted by a young man from the bank, I found it doubly exasperating that my father took my suitor into his bucolic haze and the two of them would get happily roaring drunk, then wonder why I was so angry. I ended up refusing the boy for the same reason, and as a matter of fact, never married. I think by that time I was too bricked in by my own rigidity and unhappiness to be open to anyone.

In that life, my father killed himself. I don’t think it was intentional. In one of his most inspired drunks, he climbed up on a building in town and then fell off. At the funeral, I was positively seething with anger. I could not believe that he had carried his silliness to such an end, that he had so steadfastly refused to grow up and get serious that he had blotted out his own life by sheer stupidity. Now, with him gone beyond communication, the anger just boiled inside of me. I spent the rest of that life bitter, closed, and alone.

The early years of my present life led me into the world of alcoholics. No, I didn’t become one, but I had emotional and behavioral issues that I confronted through the help of a twelve-step program based on Alcoholics Anonymous. I began to understand the pain behind alcoholism and all addictive behavior, the reasons for the drinking and drugging and obsessing. I came to a point where I realized that all my best friends were recovering alcoholics, and I understood that they were good and true people who’d had difficulty coping with problems. I understood that each one had a story ‑ not an excuse ‑ about their pain and attempts at self-medication.

I’m not exactly sure when the idea crystallized in me, but at some point I resolved to go back to my past life as Alice Lee and make amends to my alcoholic father. Under hypnosis, I went again to his funeral, and there I stood over his coffin and apologized for all my unkind words and disparaging behavior. In the often dream-like quality of interactive regressions, he promptly sat up in his coffin and began to tell me his story. He’d been married very young, he said, because my mother got pregnant with me and he felt he had to honor his obligations. While he carried no resentment against anyone for those circumstances, he still sorely missed his youth, the wild, fun-loving days of partying and friendly camaraderie. The rest of his life he chased after those lost days, trying to recapture the joy of youth and inject it into his structured and respectable, obligatory life.

It was the first time I had ever known his story, and I cried deeply for his loss, and mine. I knew we couldn’t change the past, but I also knew we could rectify it, and we pledged our love and forgiveness for each other with clear hearts. It was a wonderful and emotionally healing experience.

Afterwards, returning to my present life, I felt good about the effort I had made to clear the wreckage of the past. Yet at first I thought it had little to do with me now. But then I began to notice subtle changes in myself ‑ more joy, more compassion, less anger and resentment. I had the distinct feeling that healing that past life had, somehow, healed my present life as well. How could that be, when they were linear and unrelated in time?

I remembered that years earlier I had read something by Dick Sutphen in which he talked about the non-linearity of time. He had likened a soul’s many lives to a multi-level chessboard, where each game goes on independently of the others, yet they all occupy the same relative space and time and what transpired in one could change the strategy in the rest. In keeping with the eternal Now, there was also the theory that all lives existed in the same moment, only at different vibrations or frequencies. If either or both theories were true, it made perfect sense that healing the past life had also affected my present life. I began to think of past lives not as a static, linear progression, but more as a living, interactive dynamic where the past and the future could change each other.

During this time, my husband was also delving into past lives, and he found one in which he had been a Spanish conquistador who led a company of men into rocky, inhospitable mountains on a search for gold only to be ambushed and slaughtered by Indians. He placed the event somewhere in the Southwest, most likely in Mexico, but whenever we drove through the outlying areas around Tucson, he would look for mountains that matched his memory of that life. When he found some that were a close match, I wondered again about the vibrational frequency; could those men be riding by on their Spanish horses right then, in another dimension? It seemed a distinct possibility.

Years later, I began to work with the Interlife, that powerful time between lives. When I made my first deliberate foray into that arena, I returned again to my life as Alice Lee and briefly reviewed that life as I had lived it. In the paradoxical way that feels like truth to me, I knew that even though I had “changed” that life with my amends to my father, I could still view it as it “actually” happened. Coming to the end of that bitter, closed life, I made my way to the plane of the Interlife. It felt like coming home. As with most people who experience this, I went through the healing and restoring process (earthly life can be 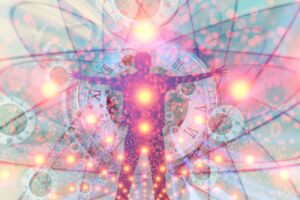 very hard on the soul), the review and assessment process, the learning or study time, and, finally, the planning stage wherein I began to choose the parameters of my current life. As I began to prepare for my re-entry into earthly life, the hypnotherapist who was helping me questioned my immediate return. “Are you sure you want to come back right away?” she asked, remembering I had returned in a year or less. “Don’t you want to rest for a while?”

“Time isn’t like that here,” I told her, not even wondering how I knew that. “I don’t need to rest. Time is different here.”

Some minutes later, as I concluded my arrangements for my next (current) life, she asked again if I didn’t need to rest a bit longer.

“Time doesn’t work that way here,” I said. Drawing on knowledge that seemed to rise in me unbidden, I explained. “I can choose any time for my next life. I can choose what would be for us a future time, or I can go back and choose sometime in the past. I could even start my next life in the middle of my last life, if I wanted to.” This last surprised me, even as I said it. I had heard of “split souls,” two people living at the same time who seemed to share the same soul, but I had no point of reference to attach to it, no direct experiential understanding of how that worked. Now, suddenly, I did.

Linear time as we knew it held no restrictions, no boundaries. It was totally inconsequential. More than ever I understood how lives interacted with each other, how they played upon each other, not just one life affecting the next as in sequence, but as a matrix or web. Each life connected directly to all the others, each feeling the pull of all the others, as if a drop of rain on one corner of a spider’s web vibrated through all the other points of the web. What we did in our lives ‑ what decisions we made, what plans we put into action, what emotions we held ‑ all directly affected every other life we had ever had or ever would have. It was a powerful, frightening, sobering realization.

Since then, it’s been a trick for me to balance living this life for itself, and living it for the “web.” As long as I am in this earthly body, I am subject to the rigors of “time,” yet a part of me stays aware of the larger picture and the effect my actions have on that timeless matrix. What I do now, I do not only for myself, this current incarnation, but also for all the me’s that have gone “before” and all the me’s who are yet to come in the mystical dimension of time.