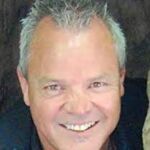 Ian Lawton* was born in 1959. In his mid-thirties he became a full-time writer-researcher specializing in ancient history, esoterica, and spiritual philosophy. His first two books, Giza: The Truth (1999) and Genesis Unveiled (2003), were published by Virgin and have sold over 30,000 copies worldwide. In his third, The Book of the Soul (2004), he developed the idea of “Rational Spirituality,” in addition to establishing himself as one of the world’s leading authorities on the interlife. This was followed in 2007 by The Wisdom of the Soul and The Little Book of the Soul. For further information see www.ianlawton.com.