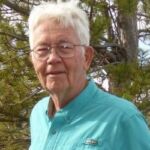 Patients occasionally appear in a psychotherapy practice who are suffering the residual effects of accidents or other body trauma that occurred in a previous period of their lives. According to medical feedback, the body has healed, or should have healed, but for some reason it has not yet released the memory of the event. Such patients typically have chronic pain or strange body reactions and are frequently referred for psychotherapy to deal with the somatic complaint. They “know” that there is something the matter with their bodies, even though most practitioners cannot find or treat the problem. It was in an effort to understand and treat this phenomenon that the technique of post-accident trauma release … Read the rest