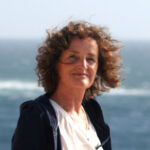 In this case the author explores a combination of body work with regression therapy and applies personification[1] and energy work to include animals.

In April 2015 a client came to me for body training after a hip replacement, which had been done on March 2015. The 51-year-old woman had decided to recover from her operation on the island of Fuerteventura.

She had been born with Perthes disease[2] (Orthoinfo, 2015). She was three years old when the diagnosis was made, and at first, she was not allowed to walk. At age four to five she had to wear an iron shell around the right leg and a five cm high special shoe on … Read the rest 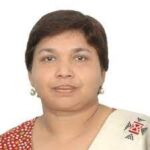 Conversation with disease or the affected organs (CWD) is an evolutionary approach to regression and past life regression therapy. This regression technique addresses the disease directly and precisely, thus reducing the number of sessions needed for healing processes. It also provides important insights into the cause and remedy of disease and illness. The author has presented a paper on this technique and conducted her workshop at World Congress for Regression Therapy 5 in Porto, Portugal.

In the author’s view all living things are made up of cells. Each cell is conscious and has ability to communicate. These cells are miniature humans and have all the cellular organelles which are equivalent to organs and tissues … Read the rest