27 Apr: A Thorny Question: An Experiential Analysis of Spontaneous and Hypnotically Induced Past Life Memory Retrieval – Jenny Cockell (Is.32) 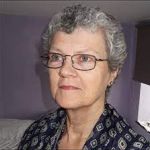 Abstract—In this article, Jenny Cockell, well-known author and personality in the field of reincarnation research, seeks to compare and extrapolate her own experiences of spontaneous past life memory recall with her experiences of accessing past life memories utilising hypnosis. In this well-considered and intimate account, Jenny shares examples of the positives and negatives, gains and detriments, of both experiential realms. Further, she addresses the question as to whether or not hypnosis is a useful tool in retrieving past life memories which can be validated in the same manner in which many thousands of spontaneous past life memories have been interrogated and verified. If not, why not, are questions which run throughout the body of her article.… Read the rest 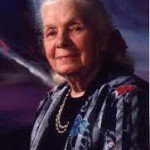 Hypnosis is an effective tool for looking into the human mind, exploring its facets, and determining its potential. Its increased use will undoubtedly reveal the answers to the questions as to who, what, and why we are and how our minds function. That these answers can be found by using non-directive methods — using questions rather than just suggestions — is one of the things I have leaned from patients in my thirty-seven years of using hypnosis with them. I have constantly been reminded, as I have worked with people from all backgrounds, that they know far more about themselves than I could ever know and that they can be led gently toward ever greater … Read the rest

10 Oct: Hypnosis and the Alternate Consciousness Paradigm – Adam Crabtree (Is.31) 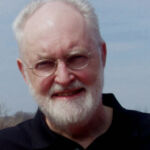 This morning I would like to talk with you about the evolution of a psychotherapeutic paradigm—by that I mean a way of looking at human behavior and the human mind that makes it possible to work therapeutically with people. It is a paradigm that is very familiar to us because it is behind the psychotherapy used by a very large segment of practitioners. According to this paradigm, our minds are divided. In one part, we figure things out and make decisions with awareness and reflection, and we can account for what we think and decide. In another part, we carry on … Read the rest 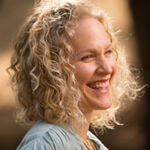 Depth Hypnosis is a manualized integrative spiritual counseling model that combines elements of transpersonal psychology, hypnotherapy, earth-based wisdom, Buddhist psychology and mindfulness, energy medicine, and exposure therapy. The study examined in this paper provides preliminary efficacy research for the use of Depth Hypnosis in the treatment of the symptoms of Post-Traumatic Stress Disorder (PTSD), depression, and anxiety, as well as the effects of treatment on well-being. Data were gathered pre-, mid-, and post-treatment from subjects engaging in eight sessions of Depth Hypnosis, as well as from a non-randomized wait list control group. Seventy-three participants consented to the study, including 40 in the experimental group and 33 in the … Read the rest 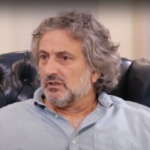 Two and a half thousand years ago I would have been put to death by any Greek city state for publishing this paper. Releasing, publishing, or revealing the truths of the mysteries to the uninitiated, faced the ultimate of penalties, namely that of death. Disclosing of the content of the Eleusinian mysteries was a disgraceful act and was unaccepted even in the democratic state of Athens. This is an attempt to break this old tradition and the code of conduct the initiates held and reveal what was taking place in one of the most important yearly initiation practices witnessed in human history. I do so to assert that today’s regression therapists did not … Read the rest 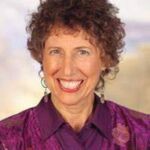 This article presents an innovative approach to complement regression therapy with trauma desensitization tools from the new field of energy psychology. The “Soul Detective Protocols” developed by the author use muscle testing rather than hypnosis to gather identifying information about past lives and invoke sacred space by asking archangels to form a pyramid of light around the therapy. After a brief description of the mechanics of meridian tapping therapies used for emotional relief and references for research on the subject, the author outlines the three basic steps in the energy psychology approach to therapy: ready–getting centered; willing–clearing limiting beliefs; and able–utilizing one of many energy psychology protocols. The article concludes with a … Read the rest

This article suggests a method for frustrated regression therapists to see their own past-lives, if they themselves have not yet been able to have a successful regression. The method involves using a “surrogate” who knows little to nothing about the therapist personally.

Although past-life therapists often help others improve their current lives, with knowledge of their past-lives, some therapists are unable to take their own journeys. There is a technique, using other people, to facilitate learning about the therapist’s own previous lives. We may connect dreams of others about us, and we may follow Dr. Irene Hickman’s techniques of “remote” regressions. Perhaps because of some karmic debt I, as an accomplished past-life regressionist, have not … Read the rest

01 May: Past Life Exploration – Henry Leo Bolduc and Marjorie V. Reynolds (Is.19) 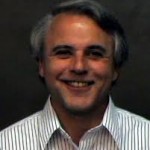 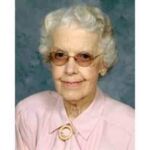 The following script for working with regression is a combination of earlier scripts written by Henry and Marjorie individually. As with any script, it is meant to be adapted to individual clients. The first part, before formal trance work begins, could be the basis for a discussion to provide background information and some understanding of the work of regression.

Thank you for completing the Intake Form regarding your background information. You say here that…(refer to items listed). What else is important? (Have the client add any additional information). Thank you for signing permission.

You state here that you would like to … Read the rest

01 Dec: Opening the Doors to the Self: Relationships and Regression Therapy – Isa Gucciardi (Is.17) 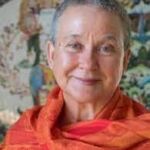 Isa Gucciardi, Ph.D., has appeared in the Journal’s pages before. She is exploring the many connections between hypnosis and past-life regressions, and the diversity of effects both of these therapeutic modalities have on clients. In this article she examines some relationship problems that had roots in past lives.

Recently I heard an interview on National Public Radio’s program, Fresh Air, with the Dalai Lama’s official translator. The interviewer, Terry Gross, asked him if there were ever western concepts he had trouble translating into Tibetan. The translator said the hardest concept he had ever tried to convey emerged from a conference on Buddhism and psychology held in the United States. He had enormous difficulty trying to translate … Read the rest

01 Dec: The Reincarnation of James – The Submarine Man – Rick Brown (Is.9) 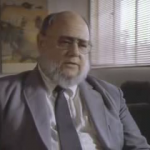 Those who would challenge the validity of PLT often point to the lack of information which can be empirically validated. Their cry is, “Give us data! Give us names, dates, places!” For this reason, this contribution, in which a careful and methodical follow-up was conducted to validate the data obtained during the regression, is an important study. We would be interested in hearing from other PLT practitioners who have done similar studies and validations.

On February 11, 1942, the U.S. Submarine Shark, on which James Edward Johnston was a crew member, was depth charged and sunk by the Japanese Destroyer Amatsukaze. All hands including James drowned. The spirit that occupied the body of James appears … Read the rest