17 Jul: Research Study: What Does Not Work in Regression Therapy – Paula Fenn (Is.29)

This Research Report conveys a range of findings determined from a research study conducted with 15 regression therapists who were dominantly members of EARTh (80% EARTh, 20% non-EARTh). The topic of the study was, ‘What Does Not Work in Regression Therapy’ and the data was collected via questionnaires. The intention of this study was to generate data on this particular topic which would contribute to the field of knowledge within regression therapy also creating a reflective awareness about practice. The findings were analyzed using simplified versions of thematic and content analysis.

01 Nov: Overcoming Resistance to a Past-Life Scene – Garrett Oppenheim (Is.6) 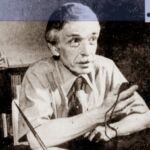 One of my most challenging cases of resistance was that of a young man of executive fiber who appeared to be well motivated, and whose regressions were both vivid and interesting. However, these regressions seemed to have nothing to do with his presenting problem, which was a profound fear of speaking in front of an audience. We worked under pressure because he had allowed only a few weeks to deal with this problem before giving an important talk which, if successful, would clinch a promotion to a higher executive position in his company.

My patient, Monty, had regressed to lifetimes as a prostitute in Algeria, a farmer in southern England, and a caveman in some … Read the rest