Analysis of a Past-Life Therapy Practice – Hans TenDam (Is.13)

Hans Ten Dam is a Life Member of APRT and a familiar (and much loved) presence at APRT conventions. In the paper below, he shares with us his somewhat provocative findings from a two and a half year analysis of his past-life therapy clients. Since his practice is in The Netherlands, it is especially interesting to us on this side of the pond. As Hans hints, there may be some differences.

This article presents the results of a statistical analysis of 127 courses of treatment with 118 different clients, done over a period of 2.5 years. The group consists of 38 men and 80 women, ages 22 to 81 years, with an average age of 44 years. All percentages are rounded off to the nearest 5%.

The distribution seems fairly typical for a Dutch practice. It is more similar to the (Dutch) NVRT survey of 1991 than to the APRT survey of 1988. The main difference from the Dutch survey is that I saw fewer people with relationship or sexual problems than the NVRT showed as typical for a Dutch practice. Also, according to the 1988 survey, in the United States many more people with addictions, obesity, and work problems come for therapy.

The number of sessions varied between 1 and 10. Of the 118 clients, 20 prematurely broke off therapy, 16 after the first session, 3 after two or three sessions, and 1, a dissociation case, after 10 sessions. As in other places, fast failure is the mother of success in therapy. We learn from this. The distribution of the sessions was:

The average number of sessions was 2. Sessions usually took between 2 and 2.5 hours with a minimum of one hour and a maximum of 3.5 hours. Average time between sessions was 3 weeks. The average duration of more-session treatments was 11 weeks.

Three months after completing treatment, clients were sent an evaluation form, with a later follow-up for those who did not respond the first time. Total return rate was 50%.

General satisfaction was as follows:

Of course, this picture may be too optimistic, as it is based on only 50% of the clients, those who responded to the evaluation form. It may be that the more satisfied people are, the more chance they will return an evaluation form. Also, although rate of satisfaction is an important yardstick, it is hardly an objective measure of results. Expectations play a great role. For example, consider the following two comments:

“More self-knowledge, understanding, and acceptance. I am calmer now” (after 4 sessions).

“I have become more balanced. I have more confidence in life in general and in myself in particular. I sleep better. The fear to go on with my life has disappeared. I dare to start new undertakings” (after 1 session).

The first client is “very satisfied,” the second is “rather satisfied.”

From the answer to open questions on the evaluation form, concrete results that were mentioned were divided into three categories: mental, emotional, and physical results. Included in mental results were insight, overview of life, and more awareness; in emotional results were feelings of calm, balance, and liberation; and in physical results were energy, health, and pain relief. Some clients also mentioned repercussions, or feelings of unrest during the first two weeks after sessions. The distribution was:

I am continuing this evaluation process with my clients and recently added a question about the extent to which presenting problems were gone. As I have only 11 responses so far, it is too early to draw meaningful conclusions about this issue.

Correlations between different variables were calculated, where possible, with the Kolmogorov-Smirnov test, and for the rest with the chi-square test. As data are limited and this research is purely exploratory, I took 0.20 as the significance-level for correlation (80% sure that there is some relationship). In what follows, whenever results are significant at only 0.20, I speak of weak results or “some” relationship. Otherwise, most of the conclusions discussed below are based upon correlations that were significant at the 0.01 level.

All conclusions are valid for this specific group of clients, which is not necessarily representative of the general population either in The Netherlands or the United States. Significant correlations permit reasonable hypotheses, but no more and no less. Trivial conclusions, such as “prematurely-ended treatments are shorter and give less satisfaction,” are omitted.

Perhaps the most startling of my findings is that the presenting complaints made no difference in the way of working or in the results. I can suggest four possible explanations for this:

As a therapist, I admit I prefer the third explanation, but the others are just as likely.

The length of time taken for multiple-session treatments gave the same correlations as the simple number of sessions, only weaker, so I discarded this variable. The only exception here was that less educated people had fewer sessions but over a longer period of time, as their sessions were spaced further apart. This may have been because they needed more time to process and assimilate session results, but it may also be true that less educated clients cannot afford as frequent sessions as the better educated.

Older people had more sessions and fewer entity attachments; almost all people over 60 stayed in the present life: that is, they did no past-life work. Older people were less generally satisfied, mentioned more good mental and emotional results, and had more repercussions after sessions and fewer physical results. Younger people spoke more of general satisfaction than of specific observations. 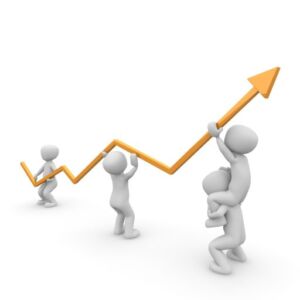 As mentioned above, higher educated clients had more sessions but shorter total treatment time; their sessions were spaced closer together than for the less educated. They are less satisfied, but mention specific types of results more often: mental, emotional, and physical, and they expressed specific results more then general satisfaction. The older and better educated, the more reserved the general satisfaction level and the more explicit the results mentioned. If this is generally true in our field, then evaluation procedures that are limited to either general satisfaction scores or to specific results only may give biased judgments.

Women had longer courses of treatment and more sessions. They mentioned more repercussions and more mental results. More attachments were found with them and released. They were more generally satisfied, especially more often “very satisfied.” Is it possible that men tend to downplay “satisfaction?”

People with more sessions were more satisfied, had more mental and physical results, and mentioned repercussions more often. They mentioned fewer emotional results. On the other hand, one-session treatments gave more emotional results than longer courses of treatment. One explanation for this might be that more sessions simply work better and that the initial emotional results of one session are absorbed in more durable mental results over more sessions. Alternatively, the explanation may be simpler than that: Clients who are satisfied with their first session may be more likely to come for more. However, the statistical results do at least support the idea that when core issues are at stake, deeper insight is necessary, requiring more exploration over more sessions.

Analyzing my practice has been interesting and productive for me, and I am continuing to do so. It will be interesting to see if greater numbers result in different conclusions. Compared to other Dutch therapists, my number of sessions per client is extremely low, but the level of general satisfaction is about the same. One benefit to me personally is that I have received some feedback about my style of work. The positive appraisal remark made about my work most often is about my patience. This pleases me. Fast doesn’t have to mean hurried: there is nothing as efficient as moving with the flow. In physics this is called Hamilton’s Principle. Laziness is a virtue, both in politics and in therapy.