This is an introductory documentary about an alternative therapeutic approach that is really effective but attracts controversy. It is about time to dissolve, the clouds that faded this mode of therapy.

In this production prominent figures of the field like Morris Netherton, Roger Woolger, Hans TenDam, Trisha Caetano, and Marion Boon are interviewed and share their experience with us about the methods, the effects, and the ways they go about.

If you want to learn not only why but how, when and with whom you should choose regression therapy instead of other approaches, then this is the film to see… 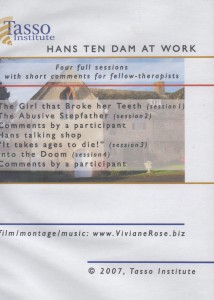 (as included in the The Journal of Regression Therapy Volume III, No. 1, Spring 1988)

Where do we find the sources of most of life’s drama and struggle, in this life or in past lifetimes? Most past-life researchers and therapists would say that in understanding the depths of our being, past lives are more real than ordinary daily existence.

In an odd way, this is also the position taken by director John Huston in The Dead, the final film of his career. Huston completed this work only shortly before his death a few months ago.

Based on a brilliant short story by James Joyce, and published originally as part of a collection called Dubliners, the story is set in Dublin in 1904. The setting is a Twelfth Night party held at the home of two elderly sisters and their nearly middle-aged niece, a piano teacher. The guests include an assortment of people who are active in the artistic, cultural, and political life of Dublin. Situated quietly among the party-goers are nephew Gabriel (a newspaperman) and his wife Gretta played by Anjelica Huston.