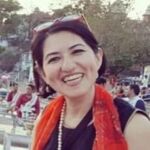 “Fast Phobia” is a well-known NLP (neuro-linguistic programming) technique from Richard Bandler (Bandler & Grinder, 1979). It is also called “movie technique”. This technique reframes negative memories. I find this technique quite useful for reframing after past life regression, especially when phobias are involved.

We may define a phobia as an extreme or irrational fear or aversion to something. This article doesn’t discuss different types of phobia. It gives steps of a very simple technique that can be used for any phobia.

It is usually applied with phobias that have a known source. We find often a past life situation as a source, but it could be also a memory coming from ancestors. This technique can also reframe traumatic events and relationships. It reduces the effects of the trauma.

It is important to take a detailed intake interview. Ask your client to explain the phobia. Take the whole history of it.

When you start the session, ask your client to explain the phobia briefly:

The first step is to regress to the source of the phobia. Start with memories from the present life. When your clients are in trance, ask them to recall the event that started it all. You may regress them to the latest event, then the strongest event and the initial event.

With their eyes closed, ask them to rate their fear on a scale of one to ten. With ten being completely overwhelmed by their fear, and one being no fear at all. This is called calibration and will be used for testing later on.

Use bridge techniques to go into a past life. Memory bridge (emotional and body reactions) and personifications are the most common techniques to past-life memories. Work through the past life experiences and clarify the connection with this life. Complete the entire past-life process, including the entire past life story, death moment, dialogues, body reactions, connections with this life and life plan. Than continue with the steps below.

If you are working only with present life memories, you can get the scale of the phobia, and ask them bring the event to their mind. Increase the impact of the memory at their body.

You want them to feel the emotions associated with the event in their body. Ask them to imagine a situation where the phobia is active. Try to get related emotions. Have your clients step out of the memory or situation, and ask them to imagine that they’re sitting in a cinema, an imaginary movie theater, in the first row watching themselves on the screen. 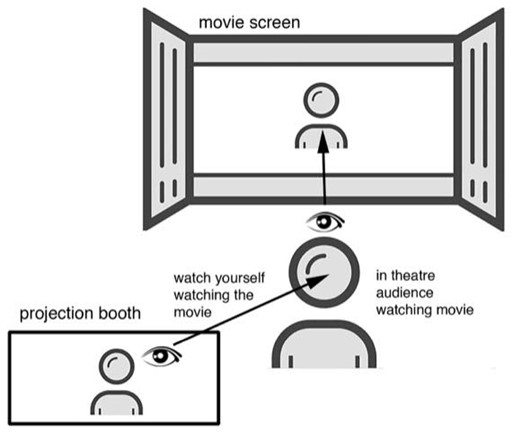 The movie is about them and their phobia. However, they are just watching themselves having the reaction as the scene plays out. On the screen you can also play the past life scenario from the session you just did.

They may have their favorite drink and food with them (popcorn, etc). Help them to feel comfortable within this environment. This step teaches them dissociation. Observe their body language and facial expressions.

Suggest that the movie is just playing on the screen, and that your client is not really paying attention to it. It’s in the background. They are sitting safely in the first row of the cinema and attentively listening to your voice.

Now have your client float out of their body and take a seat six rows back in the cinema.

They can still see themselves in the front row sitting, and the movie of the trauma playing in the background. This creates a double dissociation.

Next, say something like, As you listen to my voice, you’re now sitting six rows back from the front row of the cinema. You can clearly see yourself in the front row and yourself on the screen.

Repeat this pattern two or three times so they learn to take that position.

Or the other way: Now move into an imaginary projection booth. Invite the person to look out of the projection booth at themselves sitting in the theater seat observing a black-and-white picture of them on the movie screen. They will see the back of their current self observing the even younger self on the screen.

They now watch themselves watching the movie. This will begin to remove the emotion from the event and to recode it from a different perceptual position.

So the client has doubly dissociated from the traumatic event.

Next, ask them to float back to the first row and into their body, having them nod their head when they’re there.

If the client shows signs of stress when you ask them to move closer, have them do the next steps from the sixth row.

Tell your client to now see the end of the movie, where they survived (and are feeling safe) and ask them to take a picture, or a mental snapshot, of it with the writing “THE END”.

Next, have your client nod their head when they’ve got a snapshot and then ask them to think about an uplifting song without lyrics. Maybe even sing it out loud with them, or better yet, play a song that you selected in advance (not necessary all the time).

Have them hear the music louder and louder. If it is in their imagination, ask them to turn up the volume in their head.  If you prepared a song, turn the song up instead. This overrides anything their mind was busy with.

Next, have your client step into the picture on screen as if stepping into a new theme, the picture where they survived. The music is playing while they are stepping into it. Or they go just in font of the screen displaying the part with phobia,  and watch the screen from a reduced distance.

Now tell them to stand up and go to the front facing the screen and watch the movie as it is being played backwards at twice the speed with the music still on. You may also make a sound like rewinding. The rewinding sound is optional although it helps in the suggestion.

Then finally, tell them to become the part that was sitting in the first row and together get out of the cinema. Feel the nice weather outside, sun is shining above. Anchor nice feelings.

Bring them out of trance and have your clients open their eyes. You might say, “Now I’m going to count from 1 to 3, at the count of 3 you’ll come back into the room feeling comfortable, refreshed, absolutely wonderful.”

Next, ask how the experience was for them and listen to their response. Have a chat and even do a mini trance based on how they feel and suggest they already have overcome the phobia.

Ask them to think about the event and calibrate again on a scale of 1 to 10 where they are now. If they are not below 4, you need to continue working with them, do more regression sessions.

Test and Future Pace1 to see if the client can access the phobic state, preferably while standing up. You may say, Imagine living that situation right now. Or move the client forward in time, one step at a time: one month later, six months later, one year later, five years later… and check if they still have the phobia or not. Go one month later in time, check if you have the fear or not.

This technique can make your sessions more effective. I use it very often when I work with children.

1 An NLP technique to determine if the phobia is evident in the future.

Do you like this article ? You can visit the page of the Issue for more information. This article is on the Volume number: XXVI and it is published at: 31-12-2018 You can also visit the author profile for the bio.