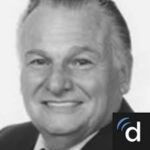 It is important that we learn not to fear death. One way of accomplishing this is to explore the various realms of consciousness between the waking dream of earth-plane existence and consciousness after death. In recent years a number of books by Moody, Ring, and others regarding near-death experiences have helped to focus my interest on the possible reproduction of the death experience in a clinical setting by using direct suggestion. In dealing with past lives it is important to complete the lessons of given lifetimes by taking subjects through the death experience up to higher planes of learning where they can review those lifetimes and their lessons. They can then make more positive and constructive ego decisions regarding attitudes to bring with them into their next lifetime. This is one of the most important aspects of past-life work. It seemed to me that forward movement would be equally valuable for those approaching death through a terminal illness, especially when the process of dying stirs up ambivalence and doubt. My subsequent exploration of future progression with such people has shown the process to be both feasible and helpful.

In this process I begin by reaching as deep a state of hypnosis as possible by having the patient write numbers on a silvery, shining, deeply fogged mirror; the mirror of the inner world. Only those who are able to reach a high number are able to dematerialize their bodies, become ethereal, and pass through the mirror through time and dimensions to the soul’s true home. I protect the work I do by helping each of my patients make contact with the presence, the energy, of a very high Christ-like spiritual teacher, who assists in the process. Absence of such a teacher contraindicates this type of exploration. 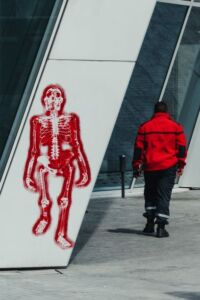 When patients are progressed to their death they have the experience of misty white light, an expansive place of existence in which they feel totally complete, whole, needing nothing, surrounded by love. From this place they ask questions regarding the purpose of this lifetime, just as people examining past lives search for the nature and purpose of those lifetimes. Have they fulfilled their soul’s purpose for this creation? Understanding this seems to reduce the fear of leaving. Sometimes this perspective enables the dying person to realize he has completed his life purpose. He then can let go of this lifetime and move easily into the transition to the next plane. At other times a patient realizes he has not fulfilled his goals. Then his illness may remit and give him scope to accomplish these.

An example of the latter situation was a Ph.D. physician who had been a close friend for a long time. He had been successful in his career and had obtained a number of prominent positions in his field and yet, like many people who work compulsively, he judged his life to have been mostly a waste. He had had a difficult experience in terms of physical illnesses, having recovered from cancer, then developed a weight problem which not long before our contact had been compounded by a heart attack. His health was deteriorating rapidly; probably because of chronic depression and loss of interest in the world. He was married to a much younger woman to whom he felt he was a burden. Though she did not complain, he felt it would be a blessing to her if he were to go. He was also a person with resentments and anger because of the way the field of psychology had developed and because he had not attained the satisfactions, financial and otherwise, that he felt he had deserved. There was a great deal of bitterness and resentment which led to giving up on himself and wanting to end it all, With this set, in a sense working to kill himself, he developed severe pneumonia, which he thought of as a terminal illness. He could hardly breathe and was hospitalized. Because of his weight, his poor heart condition, and his resistance to recovery he thought he would not survive, but he did get somewhat better and came home with an oxygen tent. After that he needed considerable help to move about and to get away from using the oxygen. He managed to make a slight recovery, though remaining largely incapacitated; a common experience in those who, as the result of ambivalence and fear, get to the threshold of death and linger there, dragging on for some time before they can move on.

I readily agreed to visit him. Because of his closeness to me he was open and this was reinforced by his basic outlook, which was not that of a conservative psychologist closed to the concept of past lives. He had never talked frankly about himself, but now he opened his heart regarding his past, and I knew that he was ready. (I must emphasize here that readiness, as in all other regression work, is an important factor.) He agreed to try to live his death because he felt he had nothing to lose in the process, and he was able to go to such depth that I felt he was a very old soul. He was a student of the Cabala and was able to feel and to come to tears when he sensed the presence of his spiritual loving teacher.

I took him up into the white light where he was free from a contextual past. Here he experienced a relative lack of feeling of guilt and could see his essence, his core, which gave him an immediate dramatic sense of self-acceptance he had not had at any time in his life. He saw himself at his radiant best. Then he began to ask questions about what he was supposed to learn in this lifetime. There is usually one word that encapsulates the learning and his word was “tolerance,” but he also needed to learn how to receive. He saw that his wife had a karmic task to take care of him and did not resent it. He also saw that he still had something to offer, that he still had the knowledge to do good work. He got in touch with a number of things that might yet be accomplished in this lifetime.

Most important was the fact that he had not really earned his death. I might emphasize this last concept, that one of the most agonizing sources of pain people have on leaving this earth plane is that somehow they have not fulfilled their soul’s purpose on a deep level. Agony is due mostly to sins of omission. Past-life therapy often focuses on dramatic acts of selfishness and violence where karmic guilt is developed and lifetimes of retribution follow that often compel punishment out of proportion to the crime. I’m finding more and more, however, that the most severe agony is due to the sins of omission, that we have not taken the opportunities to learn, to grow, and to live. Reliving our life looking backward often brings deep regret.

This man returned from the experience of living through his death with his entire demeanor changed. His pneumonia went into remission and his health improved. With his wife he has developed a rehabilitation clinic working with people who are severely disabled and need an advocate to work with attorneys, such as a psychologist who can verify mental status in order to justify claims. He is developing a team and an excellent and needed clinic. I have become a member of it and am pleased with the kind of work he has been doing. 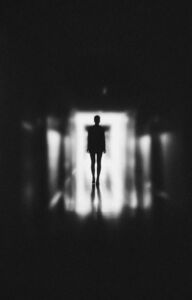 An example of a dying patient who came to see death as a positive experience was a woman who had been the director of a mental health establishment. She was dying from cancer and was in chronic pain, but because she was strong and did not like to show weakness, it was difficult for her to accept her helplessness or express any kind of fear and she denied that she was dying. I took her up to the misty white light where she felt a sense of completeness and total peace. She learned there that to a great extent she had fulfilled her purpose and had overcome selfishness through her work. She felt at peace in terms of her children because from this high place she was able to look at them and get a sense of their direction and know that she had given them what they needed. After this experience she was able to rest free from fear and pain and to sleep comfortably, and medication became unnecessary. We explored the dimension of dying on several occasions, during which she became increasingly at peace with herself, and one evening she made the transition very simply to the other plane.

I would like to share my experience with Helen Wambach, whom I had the privilege of seeing near the end. She made a desperate call, saying, “Ernie, stop these doctors from trying to save my life. They keep me alive.” She had been going in and out of the hospital with a number of severe medical problems. She would get better for a while and then would be taken back to the hospital. She wanted me to explain to the doctors that she didn’t want that to continue. I could not do that, but I began to work with her on her ambivalence about leaving. Certainly no one deserved to be brought to a future life more than Helen, who had brought thousands to future lifetime existences while she was doing research, but with her vivacious and loving nature she had personified life itself to me and many others. Moreover, she had ambivalence regarding the continuation of her work.

She went easily into the white light and was able to call to her the soul of a previous lover she had longed for many years who had made the transition. This soul was able to come to her and she had a conversation with him. As she reviewed her life she appreciated more fully the hours of shared love she had with him and which by their absence had made her last years lonely. She had stayed on because she felt committed to her research, but from her increased perspective she now saw that she had found the right person to interpret and carry on the work that she had started. As a result, she experienced a feeling of completeness regarding this lifetime and was able to release her ambivalence and shortly afterwards made her transition.

In regression work we are becoming increasingly skillful in integrating the lessons of past lifetimes and releasing the soul entity from ambivalence and regrets. We need to move into greater understanding of how to be equally helpful in integrating the experience of this lifetime for the terminally ill.