Healing the Dying: Contributions to Thanatology – Franklin Loehr (Is. 3) 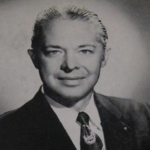 Psychography is that branch of psychology which attempts to map out the forces in the human personality and trace their sources. Since heredity and environment as sources of human personality forces have been comparatively well examined by conventional psychological research, psychography concentrates on the less explored areas of past lives, the push from the past, and, to a lesser extent on cosmic purpose, the pull from the future. It pays attention always to the crucial significance of the individual’s own decisions.

The usefulness of past-life recall has already been strikingly demonstrated in the results of those counselors who have used it in their psychotherapy with clients. It is a technique that is growing rapidly, as the recognition spreads that this is a method for attaining vastly deeper and more life-transforming results in strikingly less time. On the other hand, the element of cosmic purpose, that is, looking into the future to understand the present, has so far been less conceptualized and explored. In general, in all these areas there is a common denominator in the recognition that the client’s own decisions are decisive in his life.

In working with past lives, a life review at the end of each lifetime is the basis for significant change. Then, when the working relationship of subconscious and conscious levels of mind in this sort of exploration has been well established, it is possible to go into an altered state of consciousness and review the current life to date. Researchers in the Near Death Experience, such Moody, Ring, and Sabom, report that a life review often takes place in such a state. In regression work, whether in the past or present, we ask the client to do essentially the same thing that occurs in the near death experience: to look at the persons and experiences which were or are significant and why they hold significance.

The recall of past lives and the integration of their forces and meaning into the present life may take up to twenty or thirty sessions. This, in turn, leads into a deepened scan of the current life to date, what it has accomplished, where its continuing needs for growth are.

Following this, the patient can be moved into a scan of future events in this lifetime and eventually into a review of this life from the perspective of his future death. Clinicians report apparent good results in taking clients forward to observe future events, though things seen and reported in such sessions are more difficult to judge objectively than past-life recall. A future projection inadequately handled can lead to fanciful or misleading results which only glorify the ego, but that is true of all subconscious work and merely underlines the need for professional competence in the counselor.

The particular usage of this forward projection, which is a new thrust, is the Death Preview.[1] This yields a great deal of information about the cosmic purpose of the individual’s life. It can also uncover hidden death wishes and forces which, when raised to consciousness, can be worked with. When used with persons facing imminent death it produces a clarity and enlightenment which can change their attitude toward the death they face.

A revealing experience that illustrates the power of this technique in a person facing death occurred with Susan, a young woman in her mid-thirties with terminal cancer. Her cancer, when discovered, was inoperable, and this courageous woman chose not to undergo the painful and uncertain route of chemotherapy, radiation, etc. She came to me when it seemed she had only a half year or so to live, and I arranged for one of our most skilled researcher-clinicians to take her first into a number of past-life recalls. Each time, the clinician lovingly and skillfully took her through the death experience of that past life. At first Susan was apprehensive of this, but in cautious steps and gradual increments she was able to go fully into the past-death recalls and reported after several sessions that remembering and re-experiencing the death experiences of those past lives had reduced her apprehension and fear of her approaching death in this life. 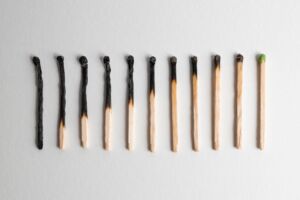 Following this preparation I took her into several experiences of a Death Preview of the death now approaching. Here she contacted the strong masculine side of her personality but also showed she had gained a new appreciation of the feminine in this lifetime, “rounded and mounded” as she put it, and a greater initial receptivity to feminine lives, which had been difficult for her this time around. She gained early information about the astral post-death state which she would enter and became joyous at the cosmic learning she saw she would experience. It was a glorious experience for both of us! I learned through Susan a great deal of what death and life after death can be like. And Susan, after the several Death Previews, came to a happy, even eager, anticipation of the time when she would cross over the invisible line “for keeps.”

In time I feel that human beings will be able and allowed to choose their time of death.[2] It might be a much more satisfying and fulfilling experience for Susan if she could now make her preparations, see her friends one last time, and say goodbye. Then in a setting of beauty and love and peace, with the closest of her friends and advisors around her, she could reach out in full consciousness to her council of Guides and Teachers and others awaiting her across the line and go over to be with them. She knows them now. She knows what death will be like for her. She has tasted the love and growth and learning and adventures awaiting her. She is ready. Visitors who do not know what preparation she has made remark on how she has changed not recovering physically but, after her preview of her coming state, with a new attitude, happiness, and sureness about her.

Psychography as a tool has many uses. When used by an experienced therapist who has respect for the doors it opens, past-life recall and current life Death Review bring new approaches which produce results that formerly took years to accomplish. Also, they bring a deeper assurance of immortality, of spiritual dimensions and destiny, which have a strong positive influence upon the client.

[1] In Dr. Loehr’s delightful book Diary After Death, findings from many progressions into the interim state between lives are condensed into an account of one person’s experience. It is a thought-provoking conceptualization which explores the difficulties and sometimes the reluctance to release the material thought forms we have created and suggests possible processes which various types of personalities adopt to accomplish this. (See Book Review Section)

[2] In the mid-fifties Senzaki, the first Zen monk to teach in the United States, set the time of his death three months ahead and in the interval taped his final message. On the day he had specified, he left his body, and his taped message was played at the service for him. In the Frey Luis Center in Rio de Janeiro the great mediums routinely plan their transitions and are helped out of their bodies by a circle of other mediums. The Cherokee Indians feel that death should not result from illness (which is seen as a lesson which should be learned and passed through) but from choice when a life has fulfilled itself.