In last year’s Journal, Ron van der Maesen presented his important research findings on Past-Life Therapy for people with Tourette’s Syndrome. This year he is back, with a new study in which Past-Life Therapy was used in the treatment of people who hallucinate voices. Ron does not pick easy targets, and his results are doubly exciting for just that reason. Both of these conditions have been considered almost intractable by the medical community at large, requiring powerful medication to control, so Ron’s results open the door to gentler and perhaps better treatment for people suffering from these afflictions.

Past-life therapy is a form of therapy in which psychological and psychosomatic problems are treated with a model which assumes that various lives of an individual are thematically linked. The basic assumption that people have many lives implicates many dying experiences and as many phases in between these lives. Past-life therapy may include the existence of such supernatural or metaphysical experiences and fields of experience.

People hallucinating voices often claim that the source of their voices has a supernatural significance even though this cannot be proved. As long as these voices are felt to be positive there are not many problems and the voices may even be cherished. But if the voices make accusations and threats they interfere with normal functioning and become excessively disturbing. If they are heard continually and constantly give destructive commands to the person, such as to cause bodily harm to themselves or others, life can become an ordeal difficult to endure or describe to others. In believing that these voices have a supernatural explanation, clients and past-life therapists may have a common ground. Thus, past-life therapy with people who hallucinate voices allows for alternate perspectives to the more common assumptions about their source.

In order to conduct an evaluative research study of the effect and process of past-life therapy for people disturbed by voices from a non-detectable source (auditory hallucinations), people were invited to participate via advertisements and patients’ organizations. Fifty-seven voice-hearing people applied to take part in the study, which was supervised by the Department of Clinical Psychology at the University of Amsterdam in The Netherlands. Fifty-four of the fifty-seven met the required criteria for a diagnosis of auditory hallucinations in schizophrenia as defined by the American Psychiatric Association (DSM-IV). These criteria were selected to include only people who had been disturbed by hearing voices for a considerable time. Applying for this study was an indication that the people wished to be free of the voices and that their treatment by existing methods was unsuccessful. Of the respondents, 80% reported a current treatment by a psychiatrist or a psychiatric outpatient clinic. Thirty-two were taking prescribed medication, mainly anti-psychotics.

In addition to questionnaires for demographic data and for data concerning the seriousness of problems caused by hearing voices, respondents completed the Symptom Check List (SCL-90) and signed an informed consent.

Sixty members of the Dutch Association of Reincarnation Therapists, which sponsored this study, were willing to supply individual past-life therapy to the participants. They agreed to conduct a free intake interview and hold a maximum of twelve sessions of 2 to 2 1/2 hours for a greatly reduced fee.

The 54 participants selected for the study were assigned at random to one of the two conditions of the investigation, with 27 initially in each group. One group, the experimental group, was offered therapy in the period of September 1996 to January 1997. The other group, the control group, was placed on a waiting list, with the promise of therapy in the period of February 1997 to July 1997.

The control group was also reduced during the waiting list period. One participant died after re-admittance into a psychiatric clinic. Six others withdrew for various reasons. 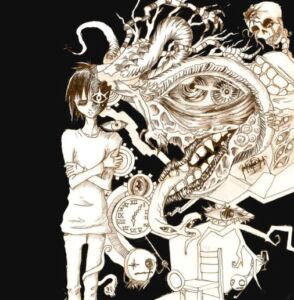 To assess the clinical significance of the results for the 27 participants from both groups who had concluded the therapy, besides the pretest-posttest administration of the SCL-90, questionnaires developed for this study were used. These questionnaires gathered participants’ subjective opinions. One inquired about possible changes in the disturbance of hearing voices; another concerned the degree of the participant’s satisfaction with the treatment and its results. Also, an external assessor, a psychiatrist, was asked to assess the therapy results by means of post-treatment interviews.

All clients were asked to complete the SCL-90 again six months after completion of the treatment. Fourteen of the 27 participants scored a significant improvement at that time. (The term “significant” was used if the individual scores in the pretest and the posttest indicated a reduction of one or more standard deviation from the entire group’s mean). Starting from norm scores for psychiatric patients and for normal people on the SCL-90, the scores of complaints of 11 participants shifted from the range of psychiatric patients to that of normal people.

On the questionnaire “Assessment of the client regarding the therapy result,” 25% indicated that the treatment alleviated their voice-hearing. Four stopped hearing voices altogether after the therapy. Seventy-eight percent reported that the therapy had other, positive, meanings. The average mark of appreciation for the quality of the past-life therapy they received was 7.8 on a 0 to 10 scale. Of the 21 participants who answered the question, 20 would recommend past-life therapy for people hearing voices.

In the twenty-five post-treatment interviews conducted by the external assessor six months after the conclusion of therapy, it was possible to estimate the current diagnosis and evaluate the therapy results at that time. By “estimating” diagnoses the external assessor found that 10 participants had schizophrenia and 10 clients had some other psychiatric disorder. The following therapy results were reported by the external assessor: The voices of 6 participants disappeared or reduced in number; 8 learned how to cope with the voices; and 11 showed no improvement in their hearing of voices. Between twelve and eighteen months after the first interviews, the participants were interviewed again (by telephone) by the same assessor; one participant reported that the voices had returned after an absence of six months. The other participants reported no change in their hearing of voices since the last interview.

In the second part of this study, the process-study, an attempt was made to obtain insight into the factors that might have had an effect on the results. A contribution to this part of the project was made by the therapists who gave treatment and by four external assessors, two psychiatrists and two psychologists, who analyzed the transcripts of sessions of four of the treatments. They suggested that the added value of past-life therapy compared to existing regular forms of psychotherapy may be found in the similarity of the beliefs of a number of participants concerning metaphysical phenomena with those of the past-life therapists, who work according to a model adjusted to these concepts. The treatment of and coping with so-called past-life memories as descending from participants and as presented by them as realistic experiences appear to be specific factors in past-life therapy. Because past-life “memories,” as far as science is familiar with human memories, are not recognized phenomena, it was recommended that this unexplored field of “implicit memories” be thoroughly studied. The first step toward this end would be to extend the research field to an early stage of pregnancy to obtain insight into the supposedly unbreakable relationship between the memory and the brain.

Finally, some clinical relevance was attributed to the length of sessions, 2 to 2 1/2 hours per session.

The third part of the investigation was a phenomenological study of the phenomenon “voices from a non-detectable source.” There is no doubt about the seriousness of the hindrance of hearing voices, which can be threatening, terrifying and accusatory, often give destructive commands, and sometimes cause auto-mutilation and suicidal behavior. Some of the participants had grown attached to their voices; this led to their becoming dependent upon them. Besides the value of coping strategies, therapy could be directed at existential aspects of the voices. Questions arising from this part of the investigation include why and under what circumstances bonding with the voices develops, what contributes to the endurance of this bond, and why it is so difficult to break.