Professionalism and Spiritualism in Past-Life Therapy: A Call for Witch-Doctors – Hans TenDam (Is.12)

Home JRT Article Professionalism and Spiritualism in Past-Life Therapy: A Call for Witch-Doctors – Hans TenDam (Is.12)

Where battles rage forever, eternal treasures are to be found. Where colleagues are worlds apart, interesting and valuable bridges can be built. Between professionalism and spiritualism is an everlasting tension, as there should be. When such tensions manifest themselves in, so to speak, the same family, we live in what the Chinese call “interesting times.”

Our intuition is more like a femme fatale, leading us straight to the top experience of being right at the stroke of lightning. Even the follies of intellect are dull, while the follies of the intuition at least make for great living.

In my mind there is no doubt that the development of civilization follows the development of intellect. Greece and Rome are our roots. However, the victorious intellect has pushed away the people with more sensitivity and intuition. When even religion became an institution and so the province of regular thinkers, people who felt and thought differently had to withdraw to the woods and the hills. In the end this led to the painful confusion around witches and witch hunting.

Intuition is difficult to institutionalize. Institutions prefer intellect. But, as Churchill remarked, “First we shape our institutions, afterward our institutions shape us.” A few centuries ago, rationalism emancipated itself from the religious establishment and grew its own university establishment. That establishment became so strong that ongoing scientific development had to emancipate itself again from the universities. The scientific societies spawned the birth of modern science, while universities wobbled almost a century behind. Daniel Boorstin discusses this in The Explorers.

In the 19th century, spiritualism and, later, theosophy came to disturb both the religious and the scientific establishments. Both are reborn today, as channeling and the plethora of alternative spirituality. Even witchcraft is creating its own sweet revenge, as the phenomenal success of books like The Mists of Avalon witness. Shamanism is making a comeback. And past-life therapy is in essence the most potent kill-joy of both religious and scientific complacency. We past-life therapists are the unlikely heroes in the ongoing struggle between intellect and intuition, between establishment and innovation. We resolve hard-nosed problems with the most wide-eyed concepts imaginable.

Professionalism is institutionalized practice. Its instinct is to discourage innovation, and if innovation occurs nonetheless, to channel it into reliable procedures. Professionals are both reliable and efficient, that is, on well-trodden paths. On new and adventurous roads they are beaten by the amateurs. In really new therapies doctors are beaten by witches. Witches have their own traditions and pet theories, but are more willing and trusting to experiment.

Within APRT today, the witches start to complain that the doctors are taking over. What should we do about it? What can we do about it? What is happening within APRT has a wider framework. The general question is to escape from one-sided and narrow-minded rationalism without jumping unthinkingly into unbridled intuition as a panacea.

The turbulence of our times crushes purely intellectual constructs, while purely intuitive responses lead us into dead-end roads. No more hard-nosed nonsense from committees bristling with experts, please! And no more starry-eyed channeling, please! Seen them once, seen them all.

Serious objections can be made about how many alternative therapists work, and I can make another list as serious about the way many mainstream therapists dabble in past-life therapy, or in any psychotherapy. Dutch research found no relationship between therapy effectiveness and educational level of the therapist. This is a sobering conclusion for those of us who sport a university degree. But it is no free ticket either for the alternative amateurs who think that anything goes.

I can see dark scenarios: the doctors throwing out the witches, or the witches scaring away the doctors. If the choice is going to be between one or the other, I quit. No use to choose between the devil and the deep blue sea. Especially when we can walk among angels in the lush green grass.

Now the time has come for the writer to unveil himself. Where does he stand? As the perceptive reader already will have guessed: I am of two minds. When growing up, I moved straight from children’s books into occult books. At school, history was my major interest, but mathematics and physics were my best subjects. I studied psychology for four years and pedagogy for three. I despised them for not being scientific enough, not for being too scientific. Statistics, the nightmare of most psychology students, was a subject I enjoyed – and still do. Tutoring in it furnished me with my first freelance income but Kurt Lewin’s About Aristotelian and Galilean Modes of Thought in the Social Sciences confirmed my suspicion that the behavioral sciences were imitating the exact sciences in the wrong way.

Last year I was having dinner with a Brazilian past-life therapist and her husband who worked in a high-tech multinational. I asked him what he thought about this strange world of previous lives and intermission states. “What can I say,” he responded, “I am a physicist by training, so anything goes.”

My experience as a management consultant, working with scientific research organizations, confirms this essential open-mindedness of true science. The most highly regarded physicists are the theoretical physicists. They are involved in rigorous speculation: speculation that has to be internally consistent and ultimately leads to testable consequences. Second-rate scientists involve themselves with squirreling meaningless facts and treating them with statistics, without thinking structurally to prove or disprove theories. They expect theories to be built from tested meaningless hypotheses, instead of deriving testable hypotheses from interesting theories. Third-rate scientists cry that everything has to be proven and mistake not being proven to be true as proven to be false or at least not worthy of further consideration.

My approach has been influenced by my business consultancy and by Alfred Korzybski’s general semantics, a forerunner of NLP. Gina Cerminara once wrote that if she had to vote for two things that humankind needed most, she would vote for past-life knowledge and general semantics. I would vote the same.

I attribute my success in past-life therapy to my being an amateur. I could invent while going, and I had to listen to my clients. I didn’t start out as a professional. I started out as an amateur who was knocked over by the sheer beauty of the field. The relationship between therapist and client is like a jam-session or, stronger even, like a dance. Cathartic sessions have a symphonic quality in the way the story unfolds, the themes are developed and the crisis relived and redeemed. This process always has a spiritual dimension, sometimes explicit, more often implicit.

By experiencing ourselves through more lives than one, we are more than a self-conscious physical body, we are spirits, we are souls. More explicit is this when experiences after death or before birth come into play, as they very often do. And sometimes the themes we encounter in sessions involve basic responses to our being in a body or being on this planet. Then our own origin comes into play and thus religious themes, or rather spiritual themes. Huston Smith, the writer of The Religions of Man says it clearly, “Religion is institutionalized spirituality, spirituality is uninstitutionalized religion.”

Now spirituality is heady stuff. It makes therapists near priests. It makes us special and profound. Most of us like that. It makes us important. Also, introducing spiritual realities like guides and higher self in a session, speeds up the therapeutic process. I distrust that, especially when they are invited. A higher self implies subtly that the client is a lower self, and guides imply subtly that the client may go off in wrong directions without them.

We find the combination of being spiritual and down-to-earth within the former experiences of our clients. There are the experiences of people who needed common sense and intuition in high amounts: sailors, travelers, explorers. There is the particular experience of the commanding officer in the field, especially of a small and independent group of men. Then a leader knows his people and is responsible for the most down-to-earth and most spiritual issues: life and death, good and evil. Those seasoned people are the heroes of the healer’s trade. And there are more: midwives, nurses, mothers. I found this combination sometimes in gypsy lives, often in priest lives when priests were magistrates also. Finally, animal presences or energies or experiences are great to anchor the spiritual within the physical while retaining the glory of both.

The spiritual aspect of our work should be part and parcel of it, not a dressing on top, or worse: a short-cut. Our work is spiritual because people are spiritual, not because we make it spiritual. Clients may touch deeper layers than usually and we will accompany that gracefully, but it always has to be their experience, their activity, their effort, their success, not of any intervention that seems outside their normal consciousness. Their self-consciousness should be enlarged, not subordinated. 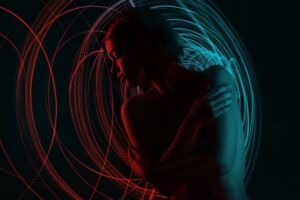 In a therapy session we should not ask for the higher self, we should imply it. After death and before birth, I use the expression “go to a place of overview.” This implies that the client is capable of overview. Clients shouldn’t come out of the experience in awe of something bigger, they should come out bigger. I plead for spiritualism as an enhancement, not a replacement of humanism.

The safe approach seems to me to consider our vocation as a craft and an art. There is much professionalism in it, but it should not dominate. Perceptiveness, trust, and an almost artistic wholeness should be underpinned by methods, not driven out by them. Some of us craftspeople may be more professional, others may be more artistic, and most of us will be more artistic at those moments with those clients who make it possible, and more methodical at other moments or with other clients when the spirit moves us less, but we still have to deliver a solid piece of work.

Now in this craft of ours, we touch upon truly spiritual issues: religious and mystical experiences in former lives, experiences after death and before birth of great intensity and meaning, experiences of help by the discarnate, experiences of who we were and where we were before our first incarnation. We do not seek those experiences to feel great or important, but because there is healing to do. They are involved in pain or they are needed to resolve pain. They are part of our business, a special part to be sure. Therapists who avoid such experiences are handicapped, therapists who seek such experiences while avoiding the nitty-gritty of their trade are over-exalted.

We are healers. Let us not wonder if we should be priests also. Let the priests rather wonder if they are healers. Most priests are teachers, few are healers. Let us be reticent in being teachers while we are healing. Let us foster self-learning. And as to the spiritual principle, let us simply recognize it in our clients. And in ourselves. Let us practice “silence on the objective levels,” as Alfred Korzybski called it. Some things work better unspoken.

A real priest is a teacher, a healer and a keeper of the flame. And there is nothing wrong with being a carpenter or a mason.

Do you like this article ? You can visit the page of the Issue for more information. This article is on the Volume number: VIII and it is published at: 01-12-1994 You can also visit the author profile for the bio.