Reframing or Rescripting – Hans TenDam (Is.17)

There are two types of rescripting, that done by the client himself, without awareness of the therapist, and that induced by the therapist as a conscious intervention. Why clients rescript, is simple: they resist facing the truth because of shame, guilt, humiliation, or sheer terror. The real memory is overwhelming, or ‑ as often ‑ resisted because it threatens a cherished self-image.

The worst kind of rescripting as an intervention I have come across was a colleague who advised a client to simply erase a previous life that was bothering her. Erasing a part of our own experience is in the deepest sense probably impossible. But as a psychological intervention, it means that the experience is deleted from a more accessible layer of consciousness and remaining only at a deeper, more inaccessible level. Erasing what really happened to us is erasing what we did, what we felt, what we thought, what we wanted, what we hoped for, what we maybe cried for. It is erasing a part of our soul. It is self-amputation. Replacing a bad memory with a constructed good one may work better for the moment than erasing, but in the long run is even worse. Not only do we amputate ourselves; we add an artificial limb and think it is part of ourselves. Instead of something terrible happening to us, we now “see” how wise and courageous we acted, how we foiled our opponents, how we succeeded and got the diploma, how the would-be rapist leaves, beaten, humiliated or chastened, whatever our preference fantasy is. Rescripting means entering the world of Walter Mitty, but not in fantasizing what we are going to do, but what we have done.

As therapists we may suspect that a story or a part of it is a client fantasy. A good therapist may discover the difference sooner than a bad therapist, but no therapist can always distinguish between the two. And what we do with the distinction is outside the scope of this article. I only want to share an observation, which probably many of my colleagues have made for themselves. During a session in which a story develops which includes fantasy, the bodily reactions are much shallower than with a real story. Of course, a talented actor who more or less knows what he is doing can fool us, but most people are not talented actors. Especially somatic charges at the beginning of the session are pretty reliable indicators if what is happening is close to reality or not.

There is one very important exception to this: if the original experience contains a lot of confusion, there is no immediate distinction between fact and fantasy. There was not at the time and there certainly is not now. We may find this with torture or with relatively young and healthy people slowly dying on a battlefield or in a crushed building. They go crazy and at the end they don’t know anymore if they are inside or outside their body or they may be both or they may alternate. Of course the same is true for somebody living and dying in an asylum for the insane. Guiding people through such experiences is more difficult than guiding them through experiences, however complicated or painful, in which their minds remained intact. For normal reliving, associated procedures are usually the best; reliving experiences of confusion require procedures that are basically dissociative. In such cases, association usually happens only toward the end of the session after the story is reconstructed from a dissociative point of view.

What about therapists who rescript? The argument I have heard most is that what really happened does not matter as long as the client feels well now. If you believe that, there is nothing against rescripting, it should even be the preferred procedure. Just construct the golden past in which everybody loved you and in which you were happy and successful and all these feelings will make you glow and you will become happy and successful in your life right now. Personally, I believe this is only true in some cases and only short-term. Whatever it is, it has nothing to do with healing or therapy. If people enter a confusing and traumatic period, they may do so as victims or impotent bystanders, or as perpetrators. The last role may be the most difficult to digest. Still if a story is widened enough, especially to the prologue of a traumatic period, be that prologue in heaven or on earth, it is possible to understand what happened and why people did what they did. That does not mean that we have to condemn actions of others or of ourselves, and certainly not that we have to forgive them, but just that we understand them. That gives a new peace of mind in which the terrible gets its place. And something happens to our soul that is much more valuable than feeling happy and radiant again. The soul becomes more profound. The soul grows. Those experiences are difficult to describe or define, but whoever has experienced such a thing himself or in a client, will know what I mean.

In the end, overwriting bad experiences by fantasized good experiences implies that we don’t agree with the world as it is. If we had created this reality, we would have avoided such terrible things. But we did not create this reality and it is a good thing we did not. Recreation of reality means autism, in the end solipsism. We diminish ourselves when we suppress bad memories. We grow when we digest them. Even the darkest corner in our soul is a part of us; it is part of what we are. There is no reason, it seems to me, to retain the darkness of despair or guilt or terror in us. If we open those dark spots, if we enter 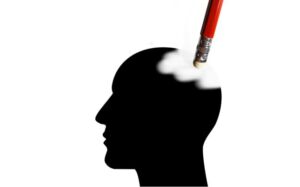 In only one respect I use a kind of rescripting: to investigate what would have happened if the client had taken another decision. This is not rewriting history; this is known as “as-if” history. What would have happened if I had withstood the torture and I had not betrayed my comrades? The client may discover that they would have been caught just the day after that. Or she may discover that two of them would have survived the war. This as-if history however is not supplanting what really happened, it is just giving additional information.

If people are bothered by their past, by their memories, just in this life, or induced in regressions, we have to work on the factors that prevent them from digesting the past: fears, feelings of insufficiency, feelings of being worthless or powerless or guilty or whatever. All that, of course, results in reframing. Few therapy is effective without reframing, either mentally or emotionally, or both. So my position is simple: reframing is usually a virtue, either consciously sought or spontaneously happening. Rescripting is a vice, either spontaneously happening or consciously sought.

But not all reframing is positive, either. There is a kind of reframing that some therapists (sometimes inadvertently) do to convert a client to their own point of view, their philosophy of life, their religious outlook. Instead of asking what they want to do in case they discover something terrible was done by somebody else to them, they instruct the client to forgive them, to send him to the light, to have them escorted by angels and all that. Those interventions I don’t consider criminal, but I consider them as being poor and unprofessional.

Now if you didn’t like this article, just imagine you never read it. And if nobody likes this article, I will imagine I never wrote it.