Sacred Aspects in the Treatment of Trauma – Gail Carr Feldman (Is.13) 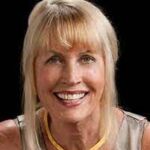 In the following paper the author describes using past-life and spirit releasement therapies with clients who have been severely abused in childhood. Dr. Feldman refers to the work of Shengold and his concept of “soul murder” in discussing these clients and their courage in therapy; she also points out that with these clients, therapists are “called upon to be guardians of their souls.”

Judith Herman (l992) reportedly said, “No one can face trauma alone.” The therapist is called upon to bear witness to a crime. I believe that no one can face recovering from trauma alone. The therapist is also called upon to bear witness to a healing. I believe that it is a sacred experience to be a participant in the healing process. After nearly thirty years as a psychotherapist, I realize that the healing process is the process of growth and any time we facilitate someone’s growth we do so at the risk of awe. Have you ever noticed your own sense of deep respect bordering on reverence for some of your trauma clients? For what they have been through and the intensity with which they work to heal?

I think this happens because with these clients, more than with others, we know we are working with the human soul. If you remember, “psyche” actually means “soul.” In our deepest, most connected relationships with children and loved ones, we know we are being touched by souls; with our children, called upon to be guardians of their souls; with clients, helpful guides.

What is the soul and why would I talk about it in the context of trauma? The soul is thought to be the essence of a human being. It is the emotional life force, the seat of feelings, the core of the self. In a spiritual context, it is that part of an individual that survives physical death, the umbilical cord of the spirit that connects the soul to the Source of its creation, as well as to other souls. When that cord is broken by abuse, people feel their souls are shattered. Victims are disconnected spiritually and emotionally. In healing, they learn to re-connect with others and regain a sense of their own sacred aspect. 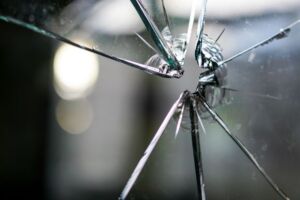 Psychoanalyst Leonard Shengold (l989) states that when children are abused they feel their souls are “murdered.” The essential core self is taken away, fragmented, or completely destroyed. He says “Soul, or psychic, murder involves trauma imposed from the world outside the mind that is so overwhelming that the mental apparatus is flooded with feeling. The terrifying too-muchness requires massive and mind-distorting defensive operations for the child to continue to think and feel and live. The child’s sense of identity is threatened” (Shengold, l989, p 24).

Dr. Shengold traces the concept of soul murder back to 1832 and a book by Von Feuerbach about a seventeen-year-old boy found wandering the streets of Nuremberg. His name was Kaspar Hauser. Since early childhood he had been imprisoned in a dark cellar, cut off from all human contact except for an occasional glimpse of “the man who was always there.” He had to be taught to walk and talk. He had some paranormal powers, such as being able to distinguish colors in the dark. He had an intense passion for learning. Much of Europe kept track of Kaspar’s progress through the newspapers. Sadly, over time his growth was clouded by long periods of autohypnosis and sleep. Today, we would call these symptoms of dissociation and depression. He was unable to re-connect with others and reclaim his soul, and he was eventually literally murdered.

Playwrights Strindberg and Ibsen both used soul murder as themes in their plays. Ibsen refers to “killing the instinct for love,” and murdering “love in a human being.” Charles Dickens and Rudyard Kipling both wrote about broken children and the “developmental arrest of their souls.”

Barbara Maddox, the subject of the book Lessons in Evil, Lessons From the Light, alternately felt her soul had been taken and given to the devil by her family of Satanists, or that she never had a soul (Feldman, l993). Barbara felt that nothing good had ever been a part of her. She thought of her core self as being a tiny black ball no bigger than an ant. Barbara had experienced all ten of the most commonly reported Satanic cult abuses: 1) childhood sexual abuse; 2) torture; 3) forced drug use; 4) animal mutilation and killing; 5) death threats; 6) adult/infant sacrifice; 7) cannibalism; 8) live burials; 9) forced impregnation and sacrifice of own child; 10) marriage to Satan (Young, Sachs, Braun, & Watkins, l991).

As Barbara reviewed her history, she realized that at the times of torture when she thought she might die, she dissociated and went to the Light. Several times it seemed as though the Light came to her in the form of Jesus or a “spiritual mother,” who would soothe and reassure her. Toward the end of her second year in therapy, Barbara became increasingly suicidal in response to cult programming to kill herself. When I asked her if she would consider past-life hypnosis, she responded that she would try anything to overcome the compulsion to self-mutilation or suicide.

In hypnosis, Barbara regressed to a past life as a seven-year-old girl who had crawled under a porch where she died from a beating administered by her father. The idea of being beaten was not new or shocking, but what happened next was a stunning, blessed insight: Barbara’s soul continued to live. She heard her “spiritual mother” calling her, and she became aware of leaving her body feeling completely peaceful, floating in light. When I asked her where she was, she answered dreamily, “The Place of Many Lessons.” There, she realized that she was very angry about being killed and dying so young in that lifetime. She was gently told by spirit guides that she would take physical form again and that the purpose of being in this plane of existence is to learn about love.

When Barbara came out of trance, she was beaming. The most profound lesson she learned was that she has a soul. “They didn’t get it!  They didn’t take my soul! It’s mine!” Barbara kept repeating. Her years of therapeutic work all came together, and she was able to complete her therapy several months later.

Barbara’s past-life and between-life experience helped her make the transition from victim to survivor to striver, and finally, to thriver! While most of us take our souls and our choices about spirituality for granted, people who have been so violently oppressed they have out-of-body or near-death experiences take nothing for granted. When their suffering is relieved, they welcome the sweet small pleasures of feeling comfortable instead of anxious, sleeping through the night, fewer physical problems, the ability to concentrate on a task to completion, in short, a return of life energy.

Other ways to nurture the soul, in addition to past-life work, include discussions of the client’s perceptions, experience, or understanding of God, and paranormal phenomena. While there was considerable interest and study of the soul, dissociation, and the paranormal in mainstream psychiatry and psychology during the l9th century, this focus was excluded from training programs in the early 20th century. We know from recent research, however, that paranormal experiences are common in the general population (Ross, l992).

A 45-year-old woman, in great distress, told me how she had been experiencing poltergeist phenomena in her home in another state. She had begun to have episodes of panic and felt out-of-control. She sought the help of a psychologist, who referred her to a psychiatrist for medication, with the clear implication that she was mentally ill. The woman returned to Albuquerque, where she had grown up and where I practice. Before she came to consult with me, she had prayed very earnestly for a sign from God that she would be all right. The following morning she awakened with a white patch on her forearm in the shape of a heart. She showed me the stigmata-like mark, which had remained for several weeks. With supportive therapy, and the normalization of her experience, this woman released her anxiety and several months later, felt ready to return home and resume her work.

Alice, who was about to turn 33 years old the following week, came with her therapist for an emergency hypnosis session. This woman had a reported history of ritual abuse by her father and uncle as a part of their child pornography business. The client told me she felt a “presence” at the back of her neck. She felt it was an evil presence, and further, she felt that it was somehow going to kill her on her 33rd birthday. 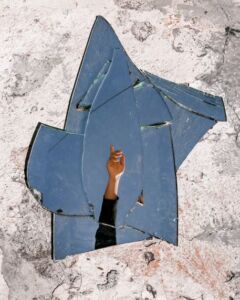 In hypnosis, the presence made itself known by a menacing growl during the patient’s abreaction of a traumatic event. We learned from the client’s Higher Self that Alice had invited this evil spirit in to help her feel strong enough to handle the abuse when she was four years old. Toward the end of the session, the spirit was thanked for helping Alice to cope during those years, and gently invited to depart and move into the Light. This spirit releasement provided immediate relief for Alice and in follow-up reports from her psychologist, she continues to make progress toward healing from her early trauma.

Three of my clients who are survivors of extreme abuse have had shamanic soul-retrievals, which they feel have been of great benefit. I have attended several of these sessions with trained shamanic healers who “journey” for the client, bringing back soul-parts that have split off during trauma and live on another plane of existence in non-ordinary reality.

The work with individuals whose souls have been fragmented or “murdered” requires that we push our own learning of new therapeutic methods and creative caring. Most trauma therapists have attended training programs that outline the basic safety measures and methods of treating survivors of physical and sexual trauma. To provide optimum treatment, we might also make use of training opportunities in regression hypnosis, spirit releasement, and shamanic healing.

I now find that the sacred process of nurturing the soul is the most gratifying aspect of my work.