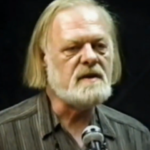 Alan Vaughan* is one of the nation’s top experts on psychics. The Book of Predictions lists him as America’s most successful predictor. He has published over 200 articles on parapsychological subjects, and editions of his many books have appeared in 13 countries. His chapter in Psychic Exploration, the standard handbook of the field, earned him an honorary doctorate. He has done experimental ESP work as several laboratories and has channeled his guide, “Li Sung,” to thousands of people. He has been teaching intuitive techniques around the country for the past 20 years.

*Bios are listed here as they last appeared in the latest publication of the Journal of Regression Therapy.