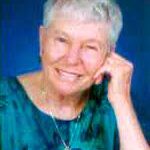 Elaine Childs-Gowell, M.N., M.P.H., A.R.N.P., Ph.D., C.T.A. , was born in Angola, Africa to missionary educators and was believed by the neighboring tribe to be the re- incarnation of the chief’s wife his queen. She was honored by this tribe as such until she went off to boarding school in Johannesberg. She was a public health nurse in the South where she secretly taught poor, black women (mostly Catholic) about birth control and pride in themselves. She was the first white instructor at Dillard University. She took the black chaplain out to lunch at the “whites only” lunch counter. She fought injustice in all forms wherever she was. In 1983 she chained herself to the fence of the Bellevue Temple with a group call Mormon Women for the ERA and was arrested. After moving to Seattle she received her PhD in Cultural Anthropology while running her private practice as a psychotherapist. She developed (with others) a new model for treatment called Corrective Parenting which healed hundreds of people and saved lives literally. In 2003 she received the esteemed Muriel James award for her contributions to the International Transactional Analysis Association.