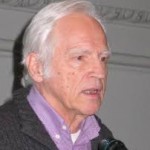 Jan Erik Sigdell* PhD, was born in Sweden in 1938 and moved to Switzerland in 1968. He became a Master of Engineering in electronics in 1962 and graduated as a Dr. of Technology in medical engineering in 1968. In the 70’s he experimented with hypnotic regressions and in 1979 he had the opportunity to learn a non-hypnotic regression technique, which he has since developed further and extended with new additional techniques. Since 1980, and parallel to working as a free-lance consultant for the dialysis industry, he operated a practice in Basel, Switzerland, for regression therapy. He moved to Slovenia, the home country of his wife, in 1997 where he is now retired and still working. He has written several books on reincarnation and regression therapy and a number of articles in various journals (see his webpage www.christian-reincarnation.com ; most of them are in German and Swedish). Much of his research work is dedicated to the question of reincarnation and Christianity, about which he has written an extensive treatise.