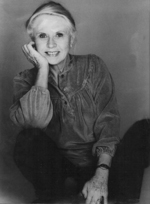 Winafred Lucas Ph.D., became aware of the new discipline of clinical psychology in the early thirties while she was studying Sanskrit in a European university and since then has been involved in various aspects of psychology. Her book, Regression Therapy: A Handbook for Professionals, remains the definitive textbook.  She was one of the founding members of the International Association for Regression Research & Therapies (formerly APRT), with Hazel Denning and Ron Jue. Editor of APRT’s journal for over a decade, she also founded and ran the Institute of Regression Therapy Training program in Sedona, AZ, and served on the core faculty of the California School of Professional Psychology