There are many books and articles dealing with regressions in trance to so-called past lives. Some include fascinating case histories using past-life therapy. Others attempt to establish the authenticity of reincarnation and the reality of past lives, though the question of whether reincarnation is or is not a possibility can best be determined by lines of investigation other than hypnotic regression, such as the work of Stevenson. Systematic research to determine the possible use of past-life regression with certain kinds of patients is just beginning.

Experimenting with past-life regressions in the hypnotherapy of difficult phobics gives the impression that patients are flooded with traumatic material from the hypothesized past lives and cannot avoid experiencing strong anxiety in this one. Case histories suggest that remission in regression therapy can be explained in terms of known therapeutic principles like emotional catharsis, desensitization cognitive restructuring, and post-hypnotic suggestion.

As behavior therapists and hypnotherapists we thought that past-life therapy was appropriate for the following kinds of phobics:

We felt that PLT was less suitable for children and for patients who have difficulty separating fantasy and reality and found it unnecessary for patients with whom more conventional types of catharsis or desensitization were possible. 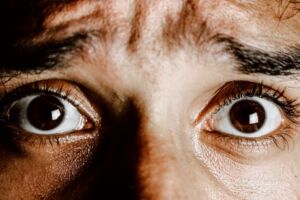 We expected PLT to be most useful for phobics who had received previous unsuccessful treatment by more conventional forms of psychotherapy and wanted to know which of those patients would place the origin of their phobias in their present lives and which would place the origin in one or more of the previous lives. We also wanted to know what the differences were between these two kinds of patients and if there was any difference in the kinds of improvement made by patients who did or did not regress to their past lives.

The therapists were fifteen psychology students in our research who had completed courses in behavior therapy and hypnotherapy and who had read the reincarnation therapy literature of Dethlefsen, Netherton, Fiore, and Sutphen, as well as studied selected videotapes of past-life regression sessions. They received weekly supervision from the author.

We accepted thirty difficult phobics as patients. Half of them came to us after reading articles about reincarnation therapy and half of them were sent by the Dutch Society for Phobics. They were offered free treatment consisting of a maximum of twenty-two sessions utilizing hypnotherapy and regressions.

The treatment program was as follows. After about thirty minutes, in which patients talked about their phobias and prior treatments, a first induction was done by means of the reversed hand levitation method of Edelstien, and a reinduction signal was set up. Then a first regression was done by an affect bridge (Edelstien, 1981), or by repeating certain sequences (Netherton, 1978), or by instructing the patient to go back to the experiences that had caused the phobias. We never directly instructed them to regress to a past life. At the end of this first session, in the presence of the author, the patient made further appointments with the student therapist.

The experiences of the patients were handled in the following manner. When the patient came to a situation that was considered traumatic enough to explain his phobia, the situation was handled by implosive desensitization (Edelstien, 1951). In this the instructions were: When I count backward from ten you will re-experience the traumatic situation. You will be there seeing it, hearing it, and feeling all the feelings you had at the time.” After about two minutes the therapist added: “Now the scene is fading away and you are relaxing again.” This process was repeated three or four times after the suggestion that each time the feelings would become less intense.

When the patient regressed to a situation with repressed anger in his present life, a silent abreaction was done (Edelstien, 1981). The instruction was: “Go to a secluded room where no one can see or hear you. Nod when you see the TV set in the room. When I count to three, the screen will light up and you will see yourself expressing all those feelings toward X.”

When a patient regressed to a prior-life situation in which he felt a lot of resentment, a “Higher Self” intervention was done (Sutphen, 1978) to give the patient a more rational vision of what had happened. The instruction was: “When I count to ten you will be at a higher level of your mind, at a perspective from where you can see exactly why everything went as it went and why everyone did what he did.

After each session, appropriate posthypnotic suggestions were given: You can remember everything that you have experienced. You can leave your fear behind in the situation where you had a reason to be afraid. In this way, you will be better able to see what belongs to the past and what belongs to the present.

In the final therapy session the therapists could use, if necessary, more present-time techniques, such as positive goal rehearsals, rational fantasies, clenched-fist conditioning, homework, and self-hypnosis tapes with rational ego strengthening suggestions.

For most patients the therapy consisted of four different components: catharsis of traumatic situations found by hypnotic regressions, help to achieve a cognitive reorientation, posthypnotic suggestions, and present-time oriented homework.

If early in the therapy process it seemed that the patient was incapable of experiencing emotions while in trance, the therapist stopped using hypnosis and fantasy procedures and switched to conventional therapy techniques.

Before and after the therapy the patients filled in the Fear Survey Schedule by Wolpe and Lang (1964), the SCL-90 Survey (1964) (a self-report symptom inventory by Derogatis, 1977), and the short Dutch MMPI. At the beginning of every session they completed a short Dutch mood scale. We considered a patient to be cured when he was no longer hindered by his phobias and when we could see a clear improvement on the tests we had used. 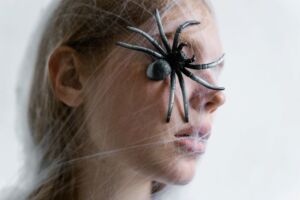 Considering their treatment histories and their test scores, our patients could be viewed as difficult. On the short Dutch MMPI they scored higher on negativism and lower on extraversion than the norms for psychiatric patients. On the Dutch mood scale (the BAP), they scored as low as patients completing unsuccessful therapies. About eighty percent of these patients had undergone a previous form of psychotherapy and some of them had been hospitalized.

Five of our thirty phobics also had serious compulsions. Two of these dropped out and the other three were not yet cured after twenty-two sessions. They had very high scores on the obsession scale of the SCL-90 compared with those who got better, an average of 35 instead of 23 (t=3.00, p=0.01). It was difficult to help them with behavioral hypnotherapy if they were unable or unwilling to experience their anxiety while in trance. It was also difficult to help them with conventional outpatient behavior therapy as long as they did not intend to give up their compulsive behavior and allow themselves to experience some anxiety.

Of the twenty-five phobics without serious compulsions, three dropped out and two others were not yet better after the twenty-two sessions. They differed from the twenty who did get better on two SCL-90 scales: depression, 51 vs. 36; and psychoticism, 25 vs. 19. Twenty of the twenty-five had taken an average of eleven sessions to get rid of their phobias and to show a clear improvement on our tests. The sixteen patients who had not been previously hospitalized needed an average of ten sessions, while the four who had previously been hospitalized needed an average of fifteen sessions.

Conclusion: It seems as if behavioral hypnotherapy with regression is a quick (eleven sessions) and effective (80%) kind of therapy for those difficult phobics who do not have serious compulsions.

Fourteen of the twenty phobics who improved rapidly placed the origin of their phobias in past lives (70%) and only six (30%) could find a satisfactory explanation in their present life. It did not matter whether they had read about reincarnation therapy or not. 65% of those who had read about it went to past lives, (versus 57% of those who had not), but it did make a difference whether they did or did not believe in reincarnation prior to the therapy, though this was statistically insignificant. When asked before the therapy if they believed in reincarnation, ten out of twenty-live (40%) said no, six out of the twenty-five (24%) did not know, and nine (36%) of our difficult but non-compulsive phobics said yes. Of those who did not believe in reincarnation or did not know whether it existed, eight out of sixteen (50%) placed the origin of their fears in a previous life. Of those who did believe, seven out of nine (78%) placed it there. (Chi-square showed non-significance.)

Those patients who used the idea of reincarnation and regression to previous lives had slightly higher scores on somatization than those who stayed in their present lives. They also had undergone a previous unsuccessful therapy more often—twelve out of fourteen, versus three out of six who had not had such an unsuccessful experience. They also often denied the possibility of reincarnation when asked about it before therapy.

Conclusion: It seems that the idea of regression to past lives is a therapeutically useful concept for those phobics who have had previous unsuccessful therapies. Both those who regressed to childhood and those who regressed to past lives showed highly significant improvements after therapy on the complaint checklist and the Fear Survey Schedule, but the difference between the two groups was insignificant. Those who used past lives seemed to improve more, but they also had somewhat higher scores to start with. The differences were statistically insignificant.

Further research concerning the question of under what conditions and for which patients past-life regressions are therapeutically useful is clearly necessary.

An analytically-oriented hypnotherapist, Gerald Edelstien, who does not believe in reincarnation and readily tells his patients so if the topic arises, finds that past-life experiences almost always lead to rapid improvement. He finds that he cannot reduce them to screen memories and regards them as recollections of traumatic childhood dreams. This does not prevent him from using them constructively.

He states in his book (Edelstien, 1981, p. 69): “If the screen memory theory is true and a few sessions of this technique provide more improvement in the patient’s life than two years of a traditional analysis, then we should carefully reconsider our objections to screen memories We agree with Edelstien that it is unnecessary for either patient or therapist to believe in reincarnation in order to make good therapeutic use of those experiences.

We find it regrettable and even potentially dangerous that patients who want regression therapy often have to go to lay hypnotists. As hypnotherapists, we hope that other professional hypnotherapists will take fantasies about past lives as seriously as fantasies about the early years. As behavior therapists we think that catharsis of past-life traumas is more effective than conventional types of catharsis because patients show less tendency to avoid traumatic situations. This is more effective than implosive therapy because it is the patient himself who tunes into his own traumatic situation and not the therapist who invents it.

Our research gives a clear implication that the majority of phobic patients who have previously experienced unsuccessful therapies have been able to make constructive use in therapy of the concept of past lives.

Fiore, E. You Have Been Here Before. New York: Ballentine Nonfiction, 1979.

Hussain, A. “Behavior Therapy Using Hypnosis” in: Salter, A. and Reyna, L. J. The Conditioning Therapies. Holt Rineheart and Winston, 1964.

Moss, P. & Keeton, J. Encounters with the Past: How Man Can Experience and Relive History. London: Sidgwick & Jackson, 1979.

Sutphen, D. You Were Born Again to be Together. New York: Pocket Books, 1978.

Do you like this article ? You can visit the page of the Issue for more information. This article is on the Volume number: Ι and it is published at: 21-09-1986 You can also visit the author profile for the bio.