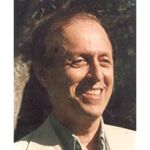 From my first knowledge of past-life therapy (PLT) it became clear to me that there were two basic approaches to PLT: the metaphysical (or “spiritual It) and the clinical. The metaphysical view of past lives has been around for thousands of years, of course, and in this country it predated the clinical view by at least forty years.

I have no idea who the first clinician to use past-life recall was. What I do know is that past lives were brought to public view in the U.S. first by Edgar Cayce, then by A. R. Martin, then by Morey Bernstein, then by Dick Sutphen, and a host of lay writers. Although a few past-life therapists date the start of their work back to the sixties and even late fifties, the first books to be published by American therapists – Morris Netherton and Edith Fiore – were issued in 1978. Cayce and Martin began their work in the twenties and Bernstein in the early fifties.

I began doing past-life therapy from the metaphysical perspective—seemingly by chance rather than choice, though my past-life work has convinced me that there is little “chance” in life. “Chance” led me in 1982 to take a course in psychic development, during which I was taught past-life regression; prior to that I had read every book I could find about past lives (and about virtually every other metaphysical subject). I was most influenced by the Edgar Cayce material and by Dick Sutphen’s first two books. Consequently, my view of how past lives work is conditioned by my spiritual lineage.

The basic question about PLT for me is, “Who is the client: the Current Personality or a higher level of consciousness of the Current Personality?” Virtually every book and article I have read concerning past-life therapy simply presents case studies of a client who comes with a complaint—psychological or physical—and by recalling one or more past lives is relieved of that complaint. The model is virtually mechanistic: Client A is afraid of heights as a result of having fallen to her death from a height in a past life. Having recalled that past life (and possibly other similar lives) the client is no longer afraid of heights. End of “therapy.”

Further, I believe—though this comes into my practice only occasionally—that the total “entity” (an Edgar Cayce term) has lives not only on this planet, but both physical and non-physical lives on other planets, in other star systems, and in other dimensions of being—some probably in other universes, as physicists today speculate, all probably existing simultaneously. The non-physical states of being have been described by persons in various altered states of consciousness, including in past-life regressions. I have experienced some of these states myself. There also are many sources who note that on this planet not only is all time simultaneous but that time as we understand it exists only on this planet.

Now, the traditional clinical approach to PLT seems to be that there is a physical client who has a mind and emotions and who perhaps has a spirit or soul (though this is not normally examined in therapy). My view, however, is that this makes the larger the smaller, for in reality, it is the Higher Self which has a Cosmic Personality, which in turn has numerous human personalities throughout time. Consequently, for me, my real client is the Cosmic Personality, and the Current Personality just comes along for the ride in past-life therapy and reaps the benefits of what the Cosmic Personality and Higher Self uncover and deal with in that therapy. Of course, the Current Personality then has to put into practice whatever needs to be done. 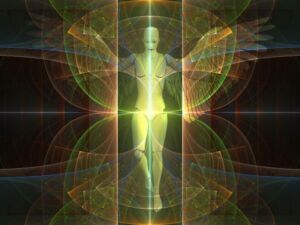 So, if I ask myself, “Is it proper to let a client leave without at least attempting to ascertain the spiritual issue(s) or lesson(s) that the client is trying to resolve or learn?” then I must answer, “No, it is not proper to only address the immediate problems of the Current Personality.” This, of course, requires me to educate my client to the existence of spiritual issues and then through past-life regression to locate those issues.

Next, because I believe in no-time and that the purpose of life is spiritual evolution, I also believe that all “past” and “future” lives exist right now and that problems in all those lives can be addressed in the present moment by the Current Personality. Thus, by rescripting and/or healing a past, present, or future life, all other lives of the Cosmic Personality (as well as all the people the Cosmic Personality comes into contact with throughout time) are affected.[2] All of which bears little or no similarity to traditional psychotherapy.

And so I even have to take issue with the word “therapy,” since that implies a problem and someone to fix the problem (the therapist and/or the client). I now prefer to call my work Transformational Guidance, since I believe there is nothing to fix, there is no problem, there is only a need for enlightenment and the release of blocked energies, followed up by the use of one’s will to act on the enlightenment. When that is done, the “problem” disappears.

Now, along with this is the question of whether what is being done is psychotherapy and whether one needs to be trained to do past-life therapy. I do believe in training for PLT, since I don’t want any nut out in the world to claim that she/he is a past-life therapist. On the other hand, I don’t feel that someone with a degree in psychology and a state license is entitled to set up shop as a past-life therapist without any training in PLT. So, there is the problem of the person untrained/inexperienced in psychotherapy doing clinical PLT, along with the clinician untrained/inexperienced in spiritual guidance doing (or not doing) spiritual PLT.

I will note, however, that clients with very deep-seated psychological problems and histories in this and other lives need more than spiritual past-life guidance. They first or concurrently need traditional therapy, and also need this as a follow-up after past-life causes have been found. Some of these persons don’t seem even to be candidates for past-life guidance, and I no longer attempt to work with such individuals but refer them to more traditional therapists.[3]

Finally comes the question of licensing. I believe that this problem can be solved by understanding that past-life regression is a technique, which can be used by a variety of persons for a variety of goals. Hypnosis, for example, is used by persons both licensed and unlicensed for various purposes, as is guided visualization.

Consequently, I feel that what I do—Transformational Guidance—is not what conservative clinicians call Past-Life Therapy. I am dealing with the Cosmic Personality and Higher Self of my client, while the traditional psychotherapist is dealing (supposedly) only with the Current Personality.

The only wish I have is that non-therapists obtain enough information/training so that they do not infringe on traditional psychotherapy and that clinicians get enough training in the spiritual aspects of transformational guidance so that they treat more than the immediate symptoms or core issue of their current-day clients.

In the end, however, it is not necessary to convert either side to the other, or to even fuse the two sides into one glorious whole. One lesson of this planet and the universe is diversity, so let’s honor diversity in APRT as well. Let the clinicians do “therapy” and let me do “guidance.” I believe the public is well-served by having access to this choice of approaches to inner healing and growth through past-life recall.

[1] According to Ruth Montgomery (The World Before), this is what has in the past been called the soul, so that each personality does not have one individual soul—a soul has numerous personalities.

[2] I always use the image of a spiral (opening upward) as a symbol, since I saw that in meditation once and have run across this as the symbol of the soul in some readings. If one considers the spiral as being like an electrical wire that conducts current, whose current can be blocked by some obstruction, then one can see that the entire spiral is affected by the block as well as by the release of that block. Thus, if the spiral is seen as being made up of the various personalities of the Cosmic Personality, then it follows that all personalities are affected by the actions of each personality on the spiral.

Do you like this article ? You can visit the page of the Issue for more information. This article is on the Volume number: VIII and it is published at: 01-12-1994 You can also visit the author profile for the bio.