Quantum Physics and its Application to Past-Life Regression and Future Life Progression Hypnotherapy – Bruce Goldberg (Is.11) 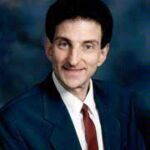 Time: is it linear or simultaneous? Is there a past, present, and future, as has been accepted by traditional thought? Does Quantum Physics suggest that perhaps the very concepts of time and space need to be reexamined and redefined? Dr. Goldberg, author, practitioner, and lecturer, places before our readers some thoughts and ideas on this controversial subject.

Throughout this article I will be referring to the work of Fred Alan Wolf, a quantum physicist. Although other physicists with specialties in quantum mechanics will be mentioned, most of my references will be to Wolf’s work. While Wolf doesn’t speak for all quantum physicists, I find his theories and conclusions particularly applicable to my work with hypnotic regression and progression.

According to Wolf (1981), quantum physics may explain regression and progression by means of a series of equations illustrating a space-time continuum in which all time is simultaneous. Wolf states that there is something other than space-time, something immeasurable and a redefinition of the laws of physics. It is pure consciousness. It is our alpha brain wave level (electromagnetic radiation), which is what we deal with in hypnotherapy. Conventional therapy refers to this alpha level as the subconscious. Wolf (1981) also states that the new physics tells us that our futures (and pasts) are influenced directly with thought. He states that this is not will, but awareness; what we visualize is what we see. There is no physical world without our thoughts about it. If we are “hung up” on the past, we may choose to see the future as we saw the past, and our self defeating sequences (SDS) (Goldberg, 1988) may repeat themselves. If we alter our perception of the present via hypnotic programming (Goldberg, 1990), then our altered view may change the future.

Since basically all of my patients present themselves with an array of self-defeating sequences (SDS), it is critical to remove these blocks before any long-lasting progress can be achieved.

Good examples of self-defeating sequences are procrastination, lateness, compulsive spending, alcoholism, overeating, impatience, etc. One tends to create difficulties in one’s life (and lives) that prevent one from achieving desired goals, whether personal or professional. The self-image (how we perceive ourselves, not how others perceive us) is lowered. The first step in hypnotherapy is to improve this self-image. If you build a house on quicksand, it won’t be around to benefit by appreciation (pp. 167-168).

My experience and observations as a hypnotherapist since 1975 have suggested that the future is not predestined; it is mutable. With positive programming in the here and now, supplemented by the patient’s perception of and cleansing away of energy blocks (factors that lower the frequency vibration rate of our alpha brain wave level) incurred in past and future lifetimes, one can help place patients on a far more positive and productive path and their frequencies are raised. However, if we fail this challenge, a lowered frequency vibrational rate, which makes one more vulnerable to negativity, results. I call cleansing the process through which the hypnotherapist introduces the patient’s subconscious mind to its superconscious or higher self. This superconscious mind level is perfect energy and thus accessing or tapping into this level results in a raising of the energy level (frequency vibrational rate) of the patient’s subconscious mind. It is through tapping into this superconscious mind, with which we can view our Akashic records (a “chart” of all of our past and future lives) or converse with our masters and guides (perfect energy level beings who advise us) that therapy is accomplished. 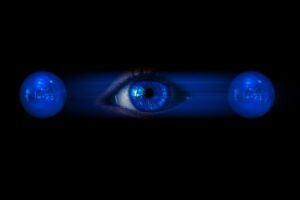 In order to fully understand the concept of regressing into previous lives and progressing into future lifetimes, we must discuss quantum physics. Quantum physics or quantum mechanics isn’t difficult to discuss, it’s just hard to understand. Without getting involved with its complicated mathematics, I would like to present this hard science foundation to our work with hypnotherapy.

The Washington Post on April 21, 1985 page 101 ran an article by Eugene F. Mallove discussing this concept. In it Einstein’s theory of relativity was discussed. “There is no universal ‘now’, no universal ‘past’, and no universal ‘future’.” The work of physicist Richard Feynman was described in which he postulated that a positron (a positively charged electron) was nothing more than an electron moving backward in time. Since these particles move faster than the speed of light, they can move backward or forward in time (Wolf, 1981).

When I began to use progression hypnotherapy in 1977, I noted that some dreams seemed to be important sneak previews of future events, both in this life (age progression) and in future lifetimes (future life progression).

Several theories of precognition have been advanced. Most are abstruse, some ingenious, none adequate. Basically, these theories fall into two categories. The first looks on the future as an already existent reality, one that exists as fully and objectively as the present does. The future is not a potentiality but an actuality. The second postulates a “plastic” or provisional future which exists now in somewhat the same way that a human being exists the instant the sperm meets the ovum. A lot can happen to a fetus between conception and birth, and possibly the same sort of incident—abortion, miscarriage, premature delivery—can occur to an event gestating in the “womb of time.”

Many dreams seem to contain fragments of futuristic material, just as they contain fragments from the past. In sleep, the mind appears to wander freely back and forth over the “equator,” an imaginary line between the present and the future. At the deepest level of consciousness there is no sense of the flow of time, only an “eternal now” in which all events coexist. The theory of a plastic future rejects the notion that the future already exists. It says that tomorrow is real only in potentiality. The future is capable of taking many possible final forms. Only when it congeals into the present does it really exist as an actuality.

An interesting sidelight of the idea that we dream the future as well as the past is that it offers an explanation for what is the most common of all psychic experiences—déja vu, “already seen.” This is the strange sensation one sometimes has when encountering a new scene or situation that nevertheless seems oddly familiar.

Conventional psychology tends to label such experiences as paramnesia, a defect of memory in which the person’s sense of before and after gets confused. However, for those who have carefully studied déja vu, even psychologists who have no sympathy for the supernormal, the phenomenon cannot be so easily dismissed.

Déja vu may stem from precognitive dreams. If events that were foredreamed actually take place, we have the vague feeling that it has all happened to us before. However, we do not remember that we dreamed it. Studies have revealed that almost everyone dreams approximately three hours every night, but only a few of the dreams are remembered on awakening.

A variation on the usual déja vu theme is double déja vu, when two people share the experience. I have discussed these concepts more thoroughly in Chapter 14 of Past Lives – Future Lives (Goldberg, 1988).

Time and space are interrelated. Since Einstein, this is not news to anyone, but it is because of this space-time continuum that we can peer backward in time as we peer outward in space. The astronomer gazing through his telescope is traversing years as well as miles.

Wolf (1988) discusses the concept of parallel universes, presenting many ideas that may be relevant to work with past-life regression and future life progression. He points out that there are parallel universes in which exist human beings who may be exact duplicates of ourselves, and they may be connected to us through mechanisms available to us only through quantum physics. In these universes different choices are being made at the same time you and I make our choices. The outcomes are different and thus the worlds are similar but still different. An indefinite number of futures and pasts can communicate with our present.

Wolf (1988) also states that it is within a black hole that the theory of relativity and parallel universes meet. A black hole represents a place in space in which time and space appear to fold over on top of each other. The gravitational field created is theorized to be so intense that nothing, not even light, can escape. He points out that it is possible to perceive and select another path (future frequency) to experience. Wolf postulates that delusions, alien abductions, and “miracles” might be explained by the perception (“peeking in”) of a parallel universe.

Shakespeare once said a picture is worth a thousand words. Wolf and Toben (1982) use Everett’s metaphor of a flipped coin to illustrate the concept of parallel universes:

For example, when you flip a coin in the air, it lands on the ground with heads or tails showing, never both sides at the same time. But the coin’s quantum wave always gives equal probability of heads or tails showing. How can the wave represent reality? Everett and his followers came up with the answer that for each possibility there exists a parallel universe where the event actually occurs. Thus, in one universe the coin lands heads and in another it land tails. And even more surprising, you are in both universes observing the coin’s fate! You exist in each world. Yet each world is essentially unknown to the other (p. 130).

Hugh Everett was a graduate student in quantum physics at Princeton University who, in 1957, discovered the concept of parallel universes and used this concept as the basis of his dissertation for his doctorate. Wolf and Toben (1982) state that Everett’s work showed that there are an infinite number of parallel universes.

Even though there are, theoretically, an infinite number of parallel universes (frequencies), my experience since 1977 with over 4,000 progressions suggests that for human beings there are five main frequencies. That is, there is an infinite number of subfrequencies, but they seem to fall into five main categories and groups. Thus, you may have a million variations of frequency number 1, but the basic framework is similar. Frequencies number 2 through 5 will have very different frameworks or basic events but within each of these groups (frequencies) the framework is similar. Your five frequencies may be quite different from mine, depending upon your subconscious mind’s (soul’s) frequency vibrational rate (level of spiritual growth). Through progression hypnotherapy you can lay out these five paths, select the best one and be programmed for your most attractive future.

In Chapter 22 of Past Lives – Future Lives, (Goldberg, 1988) I described the case of a man who progressed to the year 2088, experienced a nervous breakdown and caused a melt-down of a nuclear research facility in Tulsa, Oklahoma. This patient was progressed to the other four frequencies and chose a different frequency to be programmed to; he “switched tracks.” On this frequency he was psychologically stable and this catastrophe was averted.

By having the patients perceive their future options in this life, as well as in future lifetimes, they are empowered to be in control of their own destiny by selecting and being programmed to their ideal frequencies. I personally find this most rewarding. The fact that each and every one of my patients can control their own destiny is indeed fulfilling. By presenting some of the scientific theories from quantum physics, I have tried to suggest some ways in which quantum physics support regression and progression therapy.

——— Parallel Universes: The Search for Other Worlds. New York: Simon and Schuster, 1988.