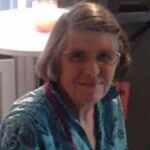 Ann Merivale – started writing in 1993, after being told by the American clairvoyant Aron Abrahamsen (who had worked with the well-known prophet
Edgar Cayce) that she had come “partly as a writer—to disseminate information on the spiritual life”. Her children were then aged eighteen, sixteen
and thirteen and, since the youngest is adopted and half African, she was deeply engaged in anti-racist activities and other issues of justice and peace.
Previously a romance linguist and strong Catholic, she became increasingly interested in healing and in 1998 obtained a diploma from the London College of Past Life Regression Studies. This was followed in 2001 by a diploma in Deep Memory Process therapy from Dr. Roger Woolger. She and her husband now live in Ludlow, Shropshire, but her main therapy practice is at the Ripon Natural Health Centre, N. Yorks. Her first book, Karmic Release, was published in 2006, Enchanted Islands—Tales from the Galápagos is her seventh, and (9 being the divine number!). The final two books are in the pipeline. The couple are blessed three grandchildren. A keen traveller, she finds nowadays that, whenever she feels an urge to visit a certain place, there is a reason for it connected in some way to her writing.