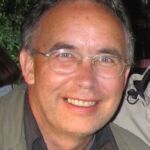 David Graham – graduated as a regression therapist from the UK based Past Life Regression Academy in 2008 and joined Earth Association for Regression Therapy (EARTh) soon after. David has undertaken a number of senior roles within EARTh including being the President from 2015-2018, serving on the Board, and being a member of the Research Committee. Further roles within EARTh include being an interviewer and providing voiceover for the film ‘Why Regression Therapy?’ and being the producer of the film ‘Discovering Regression Therapy: A Love Story’. David also collated and edited the book ‘Regression Therapy for Relationship Issues’ which explored a variety of approaches, challenges and innovative techniques utilised in regression therapy to attend to relationship problems. As an alumni author of the IJRT David has previously published a research-based article associated with experiences of extra-terrestrial encounters. Although now retired, David is still active in the field and also follows many associated interests.