Robert James Fights Back! In this well-researched article, James discusses the “Anything Else But” syndrome, a mental state that seems to afflict many critics of all things parapsychological, including past-life regression work. He makes some solid criticisms of his own in this astute analysis of some of our critics’ own research. Let the critics beware!

In a recent talk given in Colorado, Dr. John Mack (1995), the Pulitzer Prize-winning Harvard Medical School psychiatrist and author of the controversial book Abductions: Human Contact with Aliens (Mack, 1994), commented on the vigorous efforts on the part of his detractors to find that the alien abduction phenomenon is due to a cause other than that the … Read the rest

by Thelma B. Freedman, M.A. 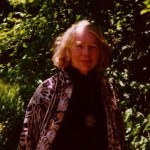 In this article, Thelma Freedman speculates on ways in which past-life narratives, if real reincarnation memories, might fit within already established models of the world. Her interest is to stimulate conservative model-making based on what we really know.

Past-life therapy is at a decisive moment in history, both its own history and the history of humanity. Past-life therapy is not about to move into the mainstream: It is already on the march, as we see more therapists every day discovering this magical approach to healing. That is all to the good. We also see that more and more people are accepting reincarnation as their personal belief system, and that is probably a good thing, … Read the rest

01 Dec: The Influence of the Therapist in Past-life Therapy – Rabia Lynn Clark (Is.14)

Rabia Clark recommends that past-life therapists question some of their fondest assumptions about past-life therapy. Like David Ritchey in this issue of the Journal, she discusses the “false memory syndrome” controversy as it may relate to our methods of practice. Clark suggests self-examination and a further dialogue on the subject.

The “false memory syndrome” is a controversial issue right now, and one very relevant to us, as past-life therapists may encounter serious repercussions if they create false memories in their clients. Perhaps they should re-examine their techniques to avoid being thought unethical.

A Doonesbury cartoon puts the issue in a nutshell. A therapist is interviewing Mark on the radio. The therapist says: