Two Cases of Depossession To Dissolve Anger – Hazel Denning (Is.8) 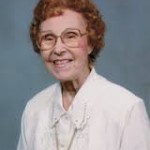 Two decades ago Dr. Denning, along with two gifted psychics, went to the assistance of some people who believed they were harassed by entities—an idea that was then totally unacceptable. While she seldom encounters this phenomenon in her present clientele, she does meet with it occasionally and believes it is much more prevalent than is generally realized. She notes that depossession is now common practice for many therapists. She has selected two cases which illustrate how rage can affect an individual’s lives over long periods of time, yet can be quickly resolved with PLT.

Over 20 years ago I worked with two very talented psychics investigating haunted houses and cases of so-called possession. But because such research was considered by my colleagues and friends to be unfounded nonsense, I filed my findings away and turned my attention to less controversial subjects.

However, the evidence I found, that many people suffer from this kind of nonphysical harassment, had convinced me that it was far more common than is generally recognized. And in my classes I stressed the importance of keeping the mind free of the influence of nonphysical but apparently intelligent energies.

With the renewed interest in possession which has emerged over the last decade, my own convictions seemed to be vindicated, but I had no real interest in becoming involved again in that kind of research. The type of client I was now attracting did not manifest symptoms of possession or psychic attack, so I seldom looked for solutions in that area.

Very recently, however, I had two clients whose lives were totally devoted to serving others. I shall call them Marie and Jackie. Both have been personal friends over a ten-year period; I see them frequently and am involved in projects with both of them. Their manner is always outgoing and smiling, and I have never heard an unkind word from either of them. Both have developed serious physical problems over the last year, and both gratefully accepted my offer to help them discover the causes of their troubles. Interestingly, both clients had appointments on the same day.

It was obvious to me that they were repressing an inordinate amount of rage and I decided to explore the possibility of possession. Though I had just read Dr. Edith Fiore’s book The Unquiet Dead, I felt very foolish even broaching the idea; it seemed so out of character with them. To my amazement, both of them responded positively, and the following is an account of their sessions.

Jackie’s chin often quivered slightly when she talked, and she cried easily—very recognizable indications of her repressed tensions. She is an excellent subject and was in an altered state in seconds. I asked her if there was someone with her, and there was an immediate reply:

Q:      Is there another energy in her besides anger?

J:       She wears a very good mask to hide it all. There’s a light in the dark. That one has the power. The other has the anger. (Jackie is a healer, and I believe the “power” refers to that aspect of her).

Q:      Tell me about it. What were the circumstances?

“Ah, you stupid bitch, give me that knife!”

“OK, OK. There! You fixed it so I have nowhere to go, no one to take care of me. You have ruined everything for me. And—now you are stopped.”

J:       That’s true. But there are moments when she’s very vulnerable, and I can get to her and get back at her.

Q:      Have you been happy all this time getting back at her? Wouldn’t you like to move on to a happier place?

J:       I always thought I cared so much for her, that I loved her, that I was supposed to take care of her.

Q:      Did you know that you could be free and go wherever you wished?

At this point I suggested that Ishmal call on someone to help him—perhaps his mother from that life. He did, and she came, expressing joy over their meeting. He went with her with very little hesitation, saying he was ready for a change.

Asked if the rage in her was hers against him or his against her, Jackie said she felt it was her own rage carried over (apparently from the brutal rape scene). She reported that all through her present life she had been plagued by the feeling that something bad was in the background, “doing me in.” She was afraid other people would recognize this, that they would look into her eyes and see something evil—something that was not her. But now she felt that she could finally let go of her rage and say, “That is enough.”

When she returned to her normal state of consciousness she sat up and remarked, “Geeze! I feel ten pounds lighter!” A three-week follow-up found her still free of the anger which had caused her so much anguish. In Marie’s case I was hesitant about even bringing up the idea that she might be possessed. As it turned out, she was indeed distressed by the idea and tried to avoid it; but in an altered state she had to recognize it.

Q:      Is there anyone with you having an influence on you?

There’s another thought wave of some kind…because a lot of times when she’s thinking very optimistically, there’s a thought wave that can come in and say, “I wish I was dead.” She doesn’t know where it comes from, and every so often there’s a behavior pattern that’s not like her—particularly when it’s anger—and sometimes when she’s just not in a good mood. I asked this entity, whose name I learned later, was Dick, to tell me what made him so angry.

M:      Unfairness, and the ability to not seem right when I know that I am right.

M:      It comes up when I can’t explain something, and I know I’m right, and I can’t make them understand. That really makes me angry.

M:      I am a man and I am telling the truth, and they won’t believe me. I’m being accused of many deaths. I am not responsible, but they think I am. And it’s so frustrating because I know I’m going to be hanged if I can’t convince them. And I can’t (pause). I’m an architect, I think. And it was a bridge, I think. And they’re blaming me. But it wasn’t me—it was the people who constructed the bridge. I have the proof, but they won’t believe me. I am really, really angry. Those judges—they’re so ignorant!

M:      They’re taking me out, and I’m furious. I tell them they’re killing the wrong person, that it was not my fault. I would like to curse them—all of them—for being so ignorant. They aren’t punishing the people who did it. And they’ll build more bridges, and more people will be killed. We’re all going to be dead by morning. Yes, there are others being killed. And hanging is the worst kind of death. You hang there for a long, long time. Being beheaded is a noble way.

I can’t stand it! My parents sacrificed to put me through school to be an architect so I would take care of them in their old age and—and I am innocent!

Q:      Get out of your body now and look down at yourself and tell me how you feel about yourself.

M:      Well I’m surprised at not being dead. I know my body will hang there for a long time. They leave it there for people to spit on as an example. Some bodies have been put on spikes to hang there until the crows have their way with them. I can see that’s what will happen to my body too.

M:      They’ve moved my body to one of the stakes. They took the hood off. I was innocent, and they wouldn’t listen. I would like to put a curse on those accusers. And on those builders—those construction builders—they were the ones who put the blame on me. They knew they used inferior materials. I really would like to curse all of them. And I do. I would like to haunt them.

Q:      Why did you decide to express your anger through Marie?

M:      Well the Carters (Marie’s married name) were some of the people who built the bridges, and I’ve haunted the members of that family for generations.

Q:      Have you ever contacted your parents? You can now, you know.

M:      I’d be ashamed. I didn’t live up to their hopes. They were so proud of me. I didn’t do anything wrong, but how would they believe that?

Q:      They would understand now. If you will ask them to come, I believe they will. Tell me when you see them.

M:      They’re here. They’re holding out their hands to me. (With deep emotion) It’s pretty hard.

Q:      Ask your mother to help you. She can explain the situation.

M:      Well, son, if you will come with me, you will lose all that hatred and frustration and anger. And you will not be punished for all those curses. You were in the right and whatever reason you had for choosing that death, you have paid for it. As for us, we were always proud of you. So you can come with us and things will be better. You do not need to hang on to the pain and the shame anymore. You can leave them behind.

Q:      You can then express your feelings on your own, and Marie can express hers on her own. You will both be better that way.

Marie announced that Dick was gone. She added that she felt a pain in her back and chest, and a feeling of emptiness.

Q:      Do you like the idea of someone else controlling your emotions?

M:      No. No I don’t. It’s always been a handicap. But I’ve been getting better about that. I’ve been working at staying apart from other people’s motions.

Q:      Is there any connection between that and your compulsion to do everything exactly right?

We discussed that for a while, and presently Marie said she realized that getting things done perfectly was not a life-and-death matter.

“If he is gone after all these generations, it will be a wonderful thing,” she mused. And she went on to say that she had long felt dependent on Dick as a back-up for verbal rights, for anger, for feelings of righteousness in some situations—even for a good curse now and then. She felt that she would no longer have to be so pushy about getting her points across.

She was still feeling the pain in her neck and back, which she related to being hanged and placed on that hook. But talking about it brought rapid relief. A few days later Marie reported that the relief had lasted. But at this point she left the city for an extended absence, so further follow-up has thus far not been possible.

Do you like this article ? You can visit the page of the Issue for more information. This article is on the Volume number: IV and it is published at: 01-10-1990 You can also visit the author profile for the bio.